Face It: The Trump Boom Is Here 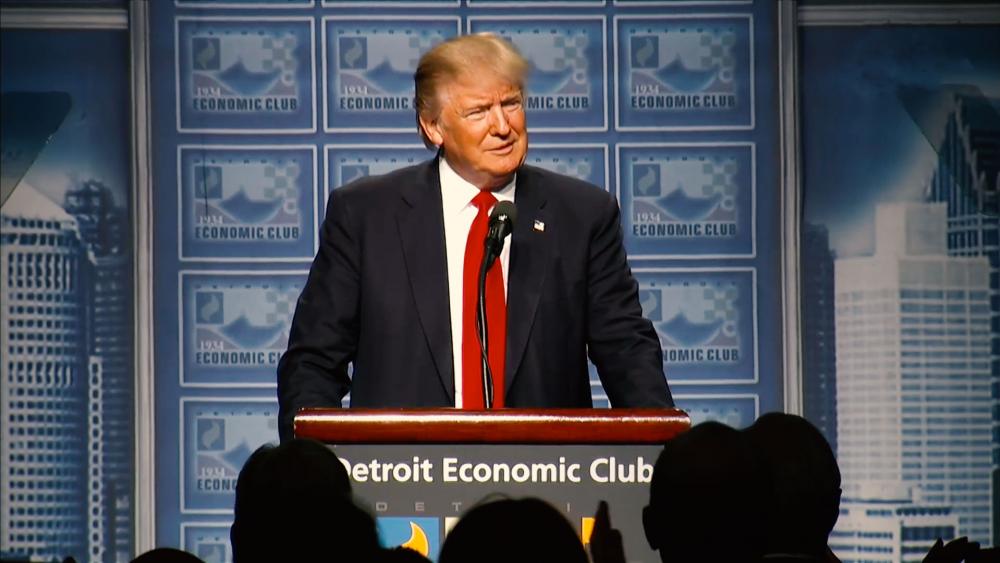 Anyone noticed through the fog of Russia, Comey, Charlottesville, and now two monster hurricanes that the U.S. economy is booming faster than any time since the late Clinton years?

It is undeniable. In the last year of the Obama administration, the economy was DECELERATING with a dismal 1.6 percent growth rate. The economy revved up to a 3 percent growth rate in the April-June 2nd quarter this year, which is a nice bounce but still not a great number. A preliminary sneak peek at the current 3rd quarter GDP by the Atlanta Federal Reserve Bank estimates an even brisker 3.4 percent growth.

It's easy to read too much into short-term trends. But the new bounce in the step of the economy is confirmed by many other indicators, almost all of which point straight north. The Dow Jones industrial average is up over 3,000 points (starting with the 700-point rally the day after the election), and the net wealth of Americans – mostly through their pension funds - has increased by more than $4 trillion.

Last month the University of Michigan, which tracks consumer sentiment, reported that confidence soared to near its highest level in at least a decade. Other surveys by the NFIB and the National Association of Manufacturers also find a flurry of optimism.

You hear these same sentiments anecdotally from employers. Everywhere I go I ask CEOs, "How is business?" The answer is almost always one of two words: "good" or "great." Optimism abounds. One construction executive told me recently, "It was like on Election Day a light switch was flicked on and our business started improving and it hasn't stopped."

Just a few months ago many economists were warning that the economy and the stock market were tapped out and that a recession and a stock market correction were overdue. Former Treasury Secretary Larry Summers predicted that slow growth was "the new normal" for America. The Obama brain trust could only squeeze out 2 percent growth from the American economy even in a good year, so there was no way President Trump could do better.

But he has. I was one of the advisors during the campaign who urged Trump to aim for 3 to 4 percent growth. It was obvious that the economy wasn't running out of gas, but just the opposite. The post-Great Recession recovery was running $2 trillion behind an average recovery and $3 trillion below the trend line from the pace of the Reagan expansion.

Liberals have taken note of the economic revival and are scrambling to invent plausible explanations without having to - God forbid - assign any credit to Trump. The latest spin is that this is the "Janet Yellen economy" driven by the Fed's low interest rate policies.
‎
But if the Fed's zero interest rate policies of the last eight years (2009-16) are the engine for growth, why is the spurt just happening when Trump arrived on the scene?

The Trump presidency has ended what economist Larry Kudlow calls Washington, D.C.'s war against business. The Obama-era regulatory rampage has come to a screeching halt. Some 16 Obama-era regulations have been suspended so far for every new regulation imposed.

A notable dividend from these policies is the improbable comeback in coal. Coal production is up more than 12 percent this year after being declared a dead industry by liberals last year – which means not just more mining jobs, but added hiring in trucking, steel, and manufacturing as well. That's a microcosm of the Trump effect.

Again, these are short-term numbers and an economy and the stock market and business employers are counting on the Trump tax cut - especially in the aftermath of the Obamacare repeal whiff. The lower corporate tax rate would mean trillions of dollars of higher stock values.

So far, eight months into his presidency, love him or hate him, Trump has shifted the economy and wealth creation into a faster gear. If Republicans – and hopefully pro-business Democrats -- can pass a meaningful tax cut this fall – the Trump boom may just be getting started.

*Stephen Moore is a senior fellow at the Heritage Foundation and served as a senior economic advisor to the Trump campaign. He is an economics contributor to CBN.