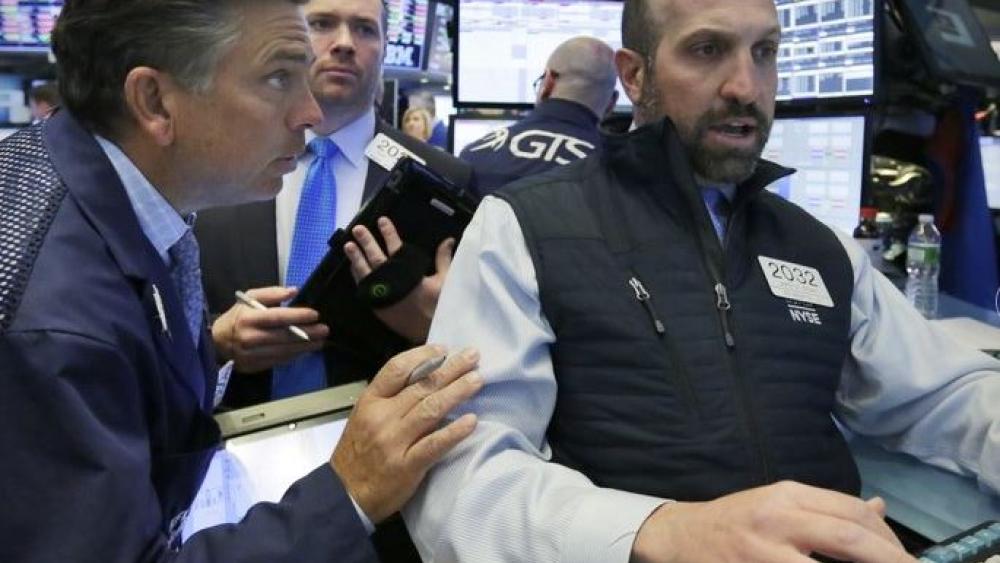 Stocks closed broadly higher Tuesday as Wall Street regained its footing a day after the market had its biggest decline in a year.

The bounce pushed the Dow Jones Industrial Average more than 300 points higher and snapped a six-day losing streak for the market, though the benchmark S&P 500 recouped only a little more than a third of the losses from Monday.

China’s decision to stabilize its currency put investors in a buying mood Tuesday. News that China allowed its currency to depreciate against the dollar to its lowest level in 11 years sparked Monday’s steep stock market sell-off.

The move helped allay some of the market’s jitters over the escalating dispute between the world’s largest economies at a time when investors are anxious about falling U.S. corporate profits and a global economy that’s showing signs of slowing.

“We’re getting a nice move here, but if you look at what the tone of the market might be for the next few days it still could be under some pressure,” said Jeff Kravetz, regional investment director for U.S. Bank Wealth Management. “Right now investors are quite nervous and the reason for the nervousness is not only the trade issue, but we’re also seeing weakening economic data, not only here, but overseas.”

Investors have grown more nervous about the impact that the trade war between the U.S. and China could have on the economy and corporate profits. Those concerns have grown as the conflict heated from a simmer to a boil last week, even as both sides resumed negotiations.

But China’s decision to allow its currency to stabilize Tuesday suggests Beijing might hold off from aggressively allowing the yuan to weaken as a way to respond to U.S. tariffs on Chinese goods.

That offered some hope that the sides might try to keep the situation from escalating further.

“That’s a big part of why markets are not down big again today,” Kravetz said.

Technology stocks, which bore the brunt of Monday’s sell-off, accounted for a big share of the market’s gains Tuesday.

Apple and Microsoft rose 1.9%. The companies get significant revenue from China and have been highly sensitive to swings in the ongoing trade dispute.

Energy stocks dropped along with the price of crude oil.

A government report suggesting a cooling U.S. job market kept bond yields in check after an early gain. The yield on the 10-year Treasury briefly rose to 1.77%, but then declined to 1.72%, down from 1.73% late Monday.

Companies are in the final stretch of the latest round of quarterly earnings reports, and results haven’t been as bad as initially feared, though still down from year-ago levels. Profit for companies in the S&P 500 is now expected to contract by roughly 1%. That’s better than the nearly 3% drop expected earlier. More than three-quarters of the S&P 500 have reported financial results.

Novartis fell 2.8% after the Federal Drug Administration disclosed that it is reviewing the accuracy of data on Zolgensma, a drug for treating spinal muscular atrophy in children. Novartis is the parent company of AveXis, which makes the drug. Several other drugmakers also fell. Mallinckrodt tumbled 12%, McKesson dropped 3.9%, AmerisourceBergen slid 5.2% and Teva Pharmaceuticals slumped 9.8%.