Get Ready for the Best View of Mars in a Decade 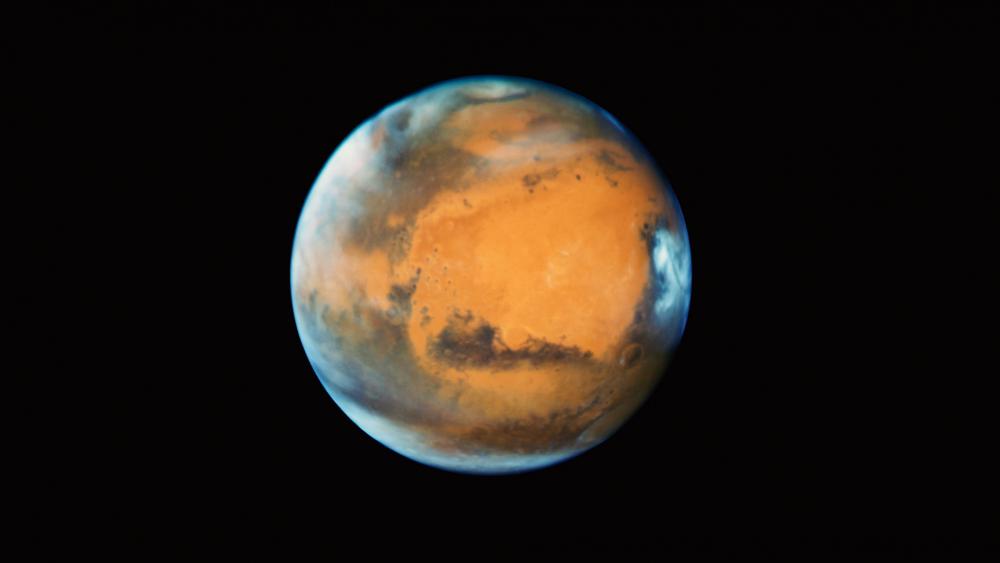 Get ready for the best view of Mars in over a decade. On May 30, Mars will be the closest it's been to Earth since November 2005, at a distance of 46.8 million miles.

The planet is already getting close, over the weekend many viewed the "Mars opposition." That's when Mars and the sun are on opposite sides of the Earth. As the sun was setting, Mars was rising.

Mars opposition happens approximately every other year, although some years the planets are closer than others.

The Hubble Space Telescope took advantage of the event and captured some up-close and personal photos of Mars. NASA released those photo's this week.

"The large, dark region at far right is Syrtis Major Planitia, one of the first features identified on the surface of the planet by seventeenth-century observers. Christiaan Huygens used this feature to measure the rotation rate of Mars. (A Martian day is about 24 hours and 37 minutes.) Today we know that Syrtis Major is an ancient, inactive shield volcano. Late-afternoon clouds surround its summit in this view," NASA explained.

You can read more about what you're seeing in the new Mars photo's at NASA's website.

Mars is also know as "the Red planet" because of its coloring.

Some believe that the reference in the Bible to the sun standing still at the request of Joshua was an instance when Mars passed by Earth at an extremely close orbit.

According to NASA, some oppositions bring Earth closer to Mars than others. The 2003 opposition was the closest in almost 60,000 years.