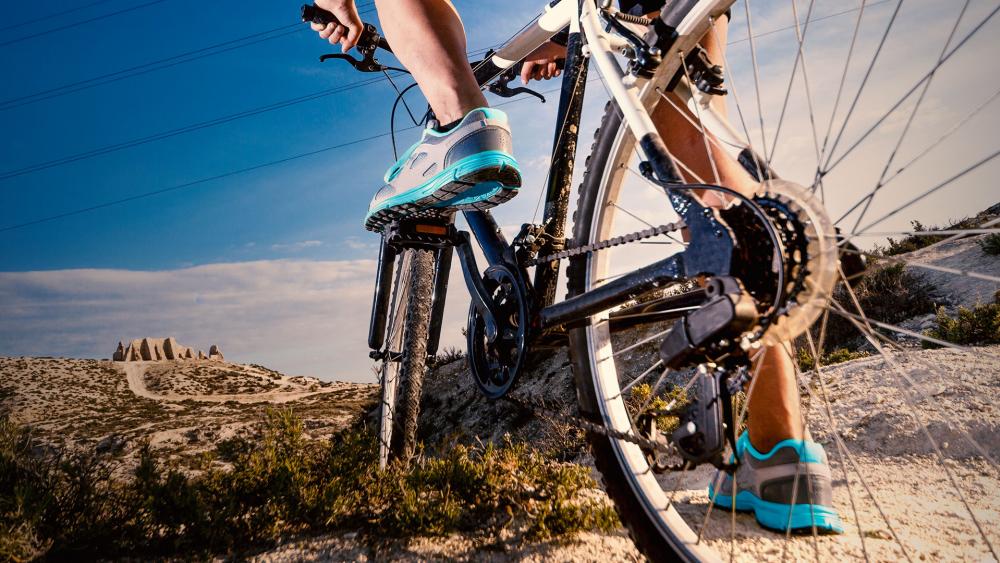 America's military men and women keep us safe and protect our freedom. Yet the horrors of combat have taken their toll on many of our nation's heroes in the form of post traumatic stress disorder.

The nation's Armed Forces, past and present, are arguably our most tortured citizen group: Every day 22 veterans and one active duty service member commits suicide. That number continues to climb.

But two vets, who were on the path to self-destruction, say they were rescued from the grips of PTSD by Jesus Christ. Today, they are spreading that message of hope and healing on their bicycles.

They're calling it the No Man Rides Alone tour.

U.S. Marine veteran Michael Priddy and U.S. Army veteran David Allison are riding their bicycles across the country to promote a Christian ministry that helps veterans suffering from PTSD. It's called the Mighty Oaks Warrior Program.

The pair of vets began their journey April 28 from Squaw Valley, California, and plan to travel 2,700 miles to their final destination of Quantico, Virginia, in mid-June. That breaks down to anywhere from 35 to 100 miles a day.

Sometimes those stretches can be grueling, such as passes in the Rocky Mountains, 11,000 feet above sea level. But the group told The Christian Post that the difficult circumstances only serve as evidence of God's ability to provide the strength and endurance necessary to his servants carrying out his will.

"We have scripture reading every morning. Before we set out each morning, we all come together and pray. Sometimes it's really, really difficult, especially going over the path in Colorado," Priddy said.

"It wasn't very easy. There were a bunch of times where I wanted to just fall over but God kept whispering to me that 'You can do it,'" he said.

All along the way they're stopping in at churches, VFW's, American Legions and other places where vets get together, to raise awareness and money for the Mighty Oaks Warrior Program, which has seven centers nationwide.  The fundraising goal is $1 million.

Priddy said when he finished serving in Iraq and Afghanistan, PTSD had him in a chokehold. He lost his wife and family as a result. He admitted PTSD "made him feel like a monster."

But his life completely turned around after he attended a six-day retreat program at Mighty Oaks, a place where he says "suicide gets taken off the table," once attendees recognize their lives have a higher purpose ordered by God through Christ.

Remarkably, none of the 1,000 graduates of the program have taken their own lives.

"My concern is getting the message out and meeting veterans that are struggling that want to get better, that want to heal and fix the relationships that they have broken," Priddy said.

"I tell my story to anyone and everyone that will listen and I have been blessed to meet a bunch of men who have been struggling and want to go through the program and want to get better and have gotten signed up and are just waiting to go," he said.

"It's just the gospel of Jesus Christ and the healing power that can only come from Him and when the men decide to accept Christ," Priddy said.

"It is just that instance when you make that decision and that instance that you get it and finally submit and fall to the altar and say, 'Okay God, do with me what You will,'" he said. "That is the thing that starts the healing process."