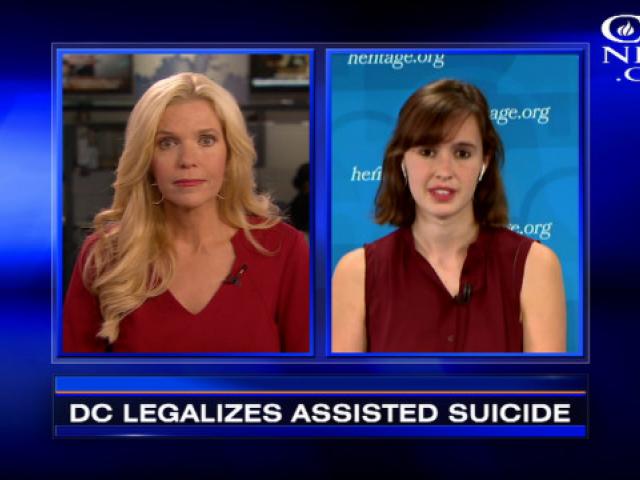 The Washington, D.C., city council approved a law that would allow doctors to prescribe deadly, oral medication to people suffering from terminal diseases.

It's called the "Death With Dignity" law but some call it sin. Physician-assisted suicide is also legal in California, Washington state, Vermont, and Montana.

The hotly contested measure in D.C. was vehemently opposed by religious groups who believe in the sanctity of life and say only God should determine when a person dies.

Other opponents who fought against the passage of the measure for non-religious reasons say its language is vague and therefore vulnerable to abuses.

Nevertheless, the council passed the law, 11-2, with the dissenters requesting their names be recorded.

"It allows someone who is on death's doorstep the option to choose a peaceful death," council member and bill sponsor Mary Cheh said.

Likewise, council member Kenyan McDuffie, who also voted in favor of it, appealed to his experience during death of his father.

"My family had to watch him suffer. I wouldn't wish that on anybody else," he said.

According to the legislation, the patient must:

Furthermore, the law would allow the prescribing physician to be absent at the time the patient takes the deadly drugs.

Opponents of the bill have many concerns. D.C. Health Director LaQuandra Nesbitt said the measure "catapults the District into uncharted territory that we are not prepared to navigate."

She said there are too many uncertainties built into the law, such as what type of medication would be used, and perhaps more importantly, what types of qualifications a doctor must possess to make the determination that a patient has less than six months to live.

She also questioned how the law would define a doctor's ability to assess whether the patient is mentally and emotionally competent enough to declare they want to die.

And Nesbitt pointed out that since a doctor is only required to give the deadly medications to the patient, and not actually witness the suicide, the patient can choose to die wherever they want, including public places in a city that "attracts 19 million tourists a year."

Others expressed concern about abuses of the law, such as murder, whereby family members motivated by an inheritance might be talking patients into suicide.

Likewise, the financial drain of caring for the patient might provide motivation for talking a patient into requesting physician-assisted suicide. Another scenario is that of the patient receiving an incorrect diagnosis of terminal illness.