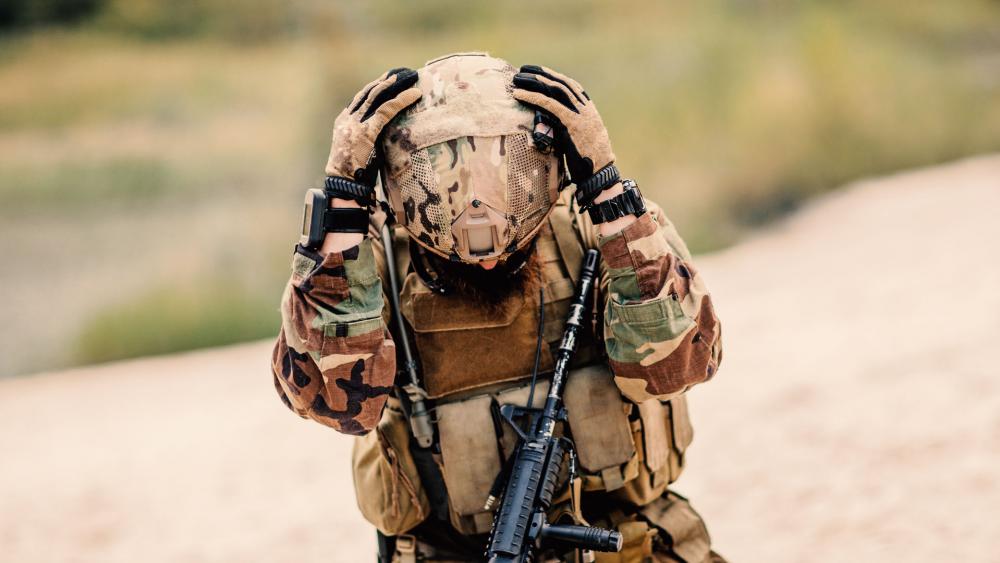 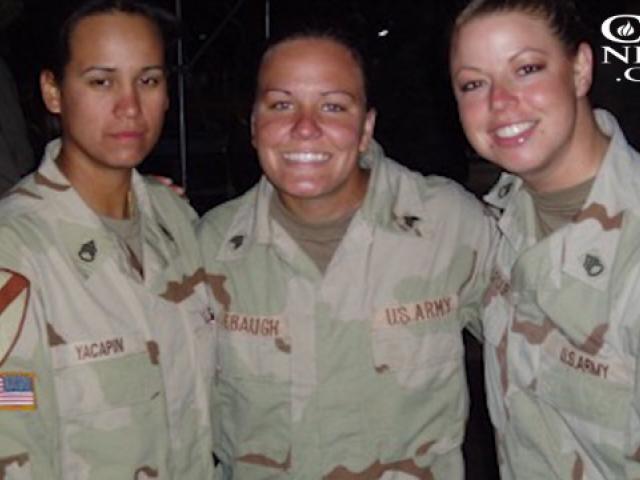 WASHINGTON -- Lyn Balfour's story is all too common. She has spent 27 years with the U.S. Army and is a Bronze Star recipient.

"My first deployment was Desert Shield, Desert Storm. Then I had a couple of tours in Bosnia and then I deployed to Iraq," Balfour explained to CBN News.

She was a soldier's solider -- until her last tour, when something happened.

"Someone broke into my room and sexually assaulted me," Balfour recalled.

She returned to the states and didn't tell a soul, not her superiors, not even her husband.

Balfour began to pick up the pieces of her life, leaving the pain behind or so she thought.

"In June of 2006 my husband and I had a baby boy, a gorgeous, beautiful baby boy. His name was Bryce," Balfour recalled with a smile.

So, her life went on. Balfour took a job, began raising baby Bryce and tried to ignore the nagging presence of anxiety and depression.

But matters took a devastating turn when a break in her normal routine led to tragic consequences.

"My routine that week was out of character and out of routine; I was in a stressful situation. I drove right past where I would drop my son off to daycare. I went in to work," Balfour explained.

"I had made a stop that morning and dropped my husband off at work, which wasn't normal because his car was in the shop. I'm like, 'baby's dropped off, we're good to go.' Later on that day, I got a call from the daycare provider asking how Bryce was doing. I said, 'I don't understand what you mean?' I immediately ran to the car and that's where I found my son," she recalled.

Despite Balfour's attempts at CPR, it was 66 degrees that day in Virginia and baby Bryce had died.

After the trial, she visited a doctor and figured out the one thing that was causing her depression, anxiety, and need for a regular routine to avoid stress.

She was diagnosed with severe complex post-traumatic stress disorder (PTSD), something she apparently had been battling since that sexual assault years earlier.

She says her PTSD possibly led to her inability to deal with the stress of that day.

Faith-Based Groups Stand in the Gap

PTSD -- four letters that have changed the lives of our nation's veterans.

It affects each person differently. For some, it causes anxiety or a lack of interest. For others, it means a need for routine, uncontrollable anger, forgetfulness and suicidal thoughts.

"By the time you and I are finished today after spending an hour together, another veteran will have taken their life." Ret. Lt. Colonel Robert Vicci explained.

Vicci is the CEO of VetRest, a faith-based non-profit group helping to treat the effects of the disorder that claims so many lives.

"As we talk to a vet to find out the root causes of the PTSD, we also find there are about 15 other trigger points that are key to a veteran's success: homelessness, joblessness, unemployment, legal issues, social issues, anything that could be affecting that veteran," Vicci explained.

Those vets are then linked with fellow veterans to directly address the root cause of their PTSD.

In addition to counseling, Vicci also uses faith as a means of healing.

"We have to have coaches that believe in God. Many of the cases of PTSD deal with guilt, shame, 'Why me? Why not me? Why did my three teammates die? Why didn't I die?'" Vicci explained.

But VetRest and other groups like it can't help so many vets alone.

Vicci says federal regulations keep some veterans from getting the help they need from the government.

Veterans Affairs Secretary Dr. David Shulkin said he is working to overturn the regulations that let certain vets slip through the cracks.

"Ten to 15 percent of servicemen who leave the service, leave with an other than honorable discharge. That leaves them without benefits. That's why I made the decision to offer those veterans emergency mental health services," Shulkin said.

But discharge status isn't the only thing keeping vets from getting help from the VA.

There are also problems with backlogs and patients waiting long periods of time to get an appointment.

Shulkin also pointed to a disconnect between the health record system kept by the Department of Defense and the VA.  Shulkin has streamlined that system by making sure both departments are using the same record keeping software.

"No more complications. The records will now be able to follow the veteran when they leave service, meaning faster, better, and far better quality care," President Donald Trump said of the changes.

The White House is cracking down on corruption inside the VA and says that veteran suicide is its top clinical priority.

On Capitol Hill, a new bill will make it easier to get rid of bad employees inside the VA.  The VA Accountability and Whistleblower Protection Act will cut down on the red tape that helped cultivate the culture of dysfunction.

That bill passed with bipartisan support.

Vicci is praising those changes.

"This is huge. I think holding people accountable is the only way we are going to fix this system," he said.

In the meantime, groups like VetRest will continue to fill the gaps to make certain vets get the help they need.

Balfour is now a chapter director for VetRest. She says she will never forget that fateful day in Virginia and she has made it her new mission to warn parents about the dangers of hot cars and warn the world about the harrowing effects of PTSD.

If you or a veteran you love is suffering from PTSD, here are some resources that can help: VetRest, Operation We Are Here, PTSD Foundation of America