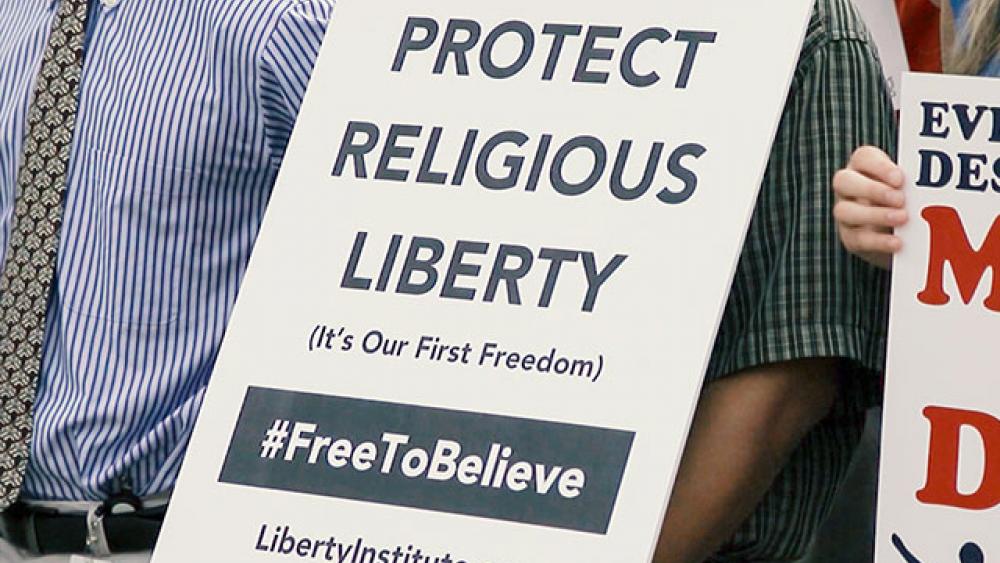 It is also an issue with special significance to Christians.

"What we've seen in the last eight years through the policies of the Obama administration is really this idea that religious expression is bad in public and the policies have kind of quarantined faith within the walls of our churches," said Tony Perkins, president of the Family Research Council.

Perkins has advised members of the Trump administration on the topic and now wants the president to act.

In other words, freedom of religion would apply for those who work in all areas of life, including business and the government.

A draft version of the order was floated several weeks ago and drew strong criticism from LGBTQ groups and some liberals.

It covers a wide range of issues, such as protections for people who support traditional marriage.

Also, religious and other groups would not have to provide health insurance that covers birth control or abortion.

The order could also protect the tax-exempt status of faith groups that speak out on politics.

"How confident are you that this will happen and do you have any idea of when this might happen?" CBN News reporter Jenna Browder asked Perkins.

"I don't have any idea as to when. I think it probably will be sooner rather than later, but I do think this administration will address the issue," he replied. "I do believe the Trump administration, the president himself, understands the need and I'm optimistic they're going to address it."

And what about people like Aaron and Melissa Klein, the Oregon couple fined for refusing to make a cake for a gay wedding?

"It's not that they did not want to provide services to someone that was gay or lesbian. It's that they didn't want to be forced into providing their creative services for a wedding," Perkins explained.

"They've sold to customers, just as florists like Baronelle Stutzman -- great lady who served everyone who came through the door but did not want to use her gifts, her creative gifts, to be a part of something that from a Christian standpoint is sacred: marriage," he said.

And while Perkins is pushing for that executive order he also hopes Congress passes a bill that ensures more permanent protection for all people of faith.