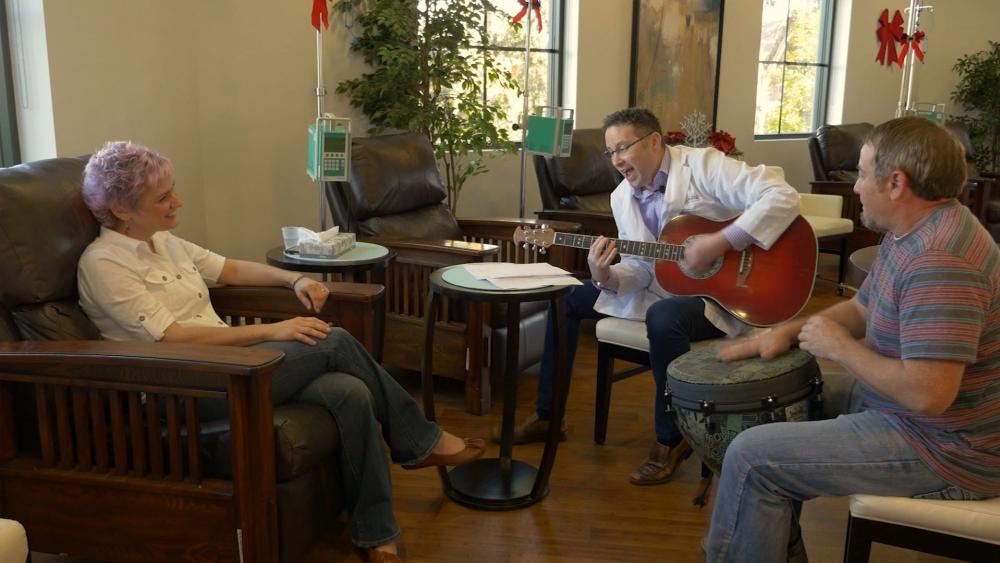 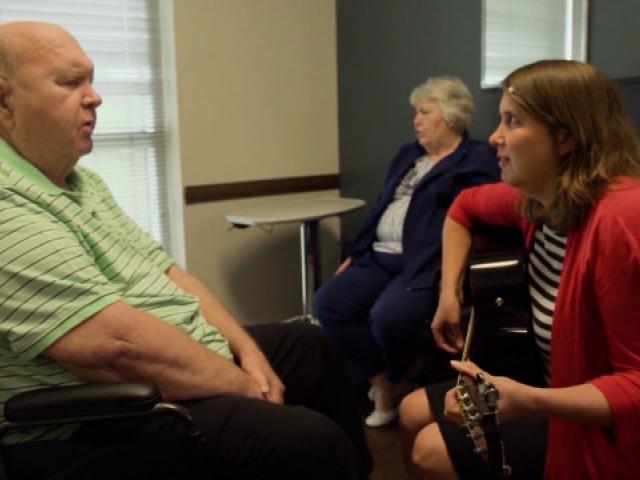 Maybe you've heard the age-old saying, "Music has charms to soothe the savage beast." Back then, people believed in the healing power of music. Today, hundreds of years later, medical research shows they were onto something.

Music therapy is now a growing part of many treatments.

For example, when a massive stroke tried to take James Rodriguez's speech, the Music and Medicine program at Virginia's Sentara Healthcare helped him get it back.

James belts out "Amazing Grace" and all the old hymns that bring back happy memories from his days in the church choir.

We actually use more of our brain when we sing the same phrase versus when we speak it – because when we are singing we have rhythm, melody, and emotion. That's how music can energize disabled parts of the mind.

Music Therapist Tracy Bowdish says, "We're able to activate more areas of the brain and reroute and create new neuro-networks so we can get around that damaged area caused by the stroke."

James' wife Sandra says music therapy has made a huge difference in their lives. In fact, James now spontaneously speaks around the house.

"At times it just comes out," she explains. "And it would just stop us in our tracks, when he'd gone several years and not spoken a word and communication was almost non-existent."

People with other brain issues also enjoy the benefits of music therapy. For example, 96-year old Mike Knutson is like a new man ever since beginning it.

University of Wisconsin researchers discovered improvements in quality of life indicators like mood and memory when dementia patients like Mike would regularly listen to music.

Mike's family noticed it, too. His daughter Barb said, "The music really does something to wake him up and help him to be more engaged with what is going on around him."

The key to music therapy for dementia patients is making sure to choose the right music for the patient to listen to. It has to be music the patient loves. For Mike, that means the Big Band sound.

Of course, other patients prefer different music: Sinatra, classical, you name it. So each patient listens to their own unique playlist.

Mike's daughter noticed such a change, she took music therapy a step further. She makes music a part of each visit with her dad. They sing together, and she even gave him a harmonica for him to play just like he used to when she was a little girl. Turns out, he's pretty good.

"We feel as though we have been blessed with this whole new experience with dad," Barb said. "We are able to connect in a completely different way, in a very genuine way."

Cancer Doctor Writes and Sings Songs for His Patients

In addition to advising his cancer patients to listen to music they love, oncologist Steve Eisenberg really goes the extra mile. With guitar in hand, he serenades them himself. As if that's not enough, the songs he sings are ones he wrote specifically for each and every patient. The lyrics are designed to inspire and encourage.

One of his patients, Dawn Mannio, who's struggling with stage 4 cancer, said it was just the boost she needed at one of her lowest points in life. She is still surprised any doctor would go to such lengths for their patients.

"He spoke with my husband for a good hour on the phone learning all sorts of things about me, my tastes in music, my interests, my hobbies, what's important to me, what my goals are in life," she recalled. "He really captured the essence of me, in the song, and it was just beautiful, touching, I could just never thank him enough."

"It's an unbelievable testament, if you will, to what's been happening with music and healing and cancer patients," he explained. "It's what we've always suspected but now we're actually seeing scans and brain activity that's corroborating what we've always known."

So whether you're trying to get well or just maintain good health, music can help. It can strengthen the mind, lower blood pressure and reduce pain and anxiety.