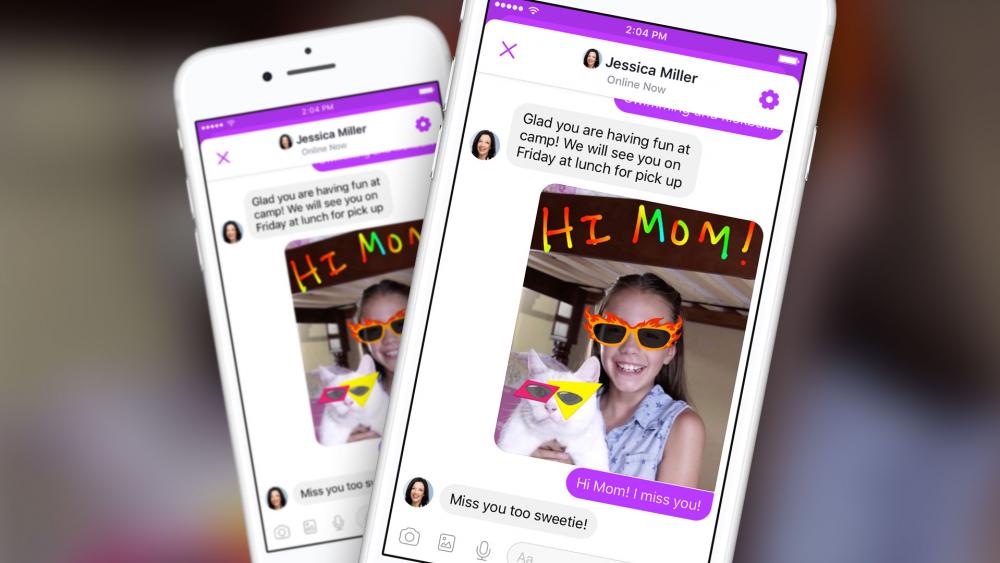 5724162212001
'They're Going After the Next Generation': Christian Psychiatrist Warns Parents about New Facebook App Aimed at the Very Young

The social media powerhouse Facebook is now marketing to children as young as six years old with the launch of Facebook Messenger Kids in December.

Mental health professionals are pushing back, even sending a letter to Facebook CEO Mark Zuckerberg asking him to reverse course. However, Facebook stands firm in its decision to expand its market share to children as young as kindergarteners.

Christian child psychiatrist Daniel Amen told CBN News he's "very concerned" about the new app. "It reminds me of why McDonald's has Happy Meals: they're going after the next generation," he said. "And Facebook and other social media sites are doing exactly the same thing."

Dr. Amen warned parents of young children to steer clear of the app for many years to come. "I think a good time to be thinking about allowing children on social media is around 14," he said.

Dr. Amen sited a number of studies that reveal the amount of time a child spends in front of a screen is directly related to the deterioration of their mental and physical well-being. "The more time they spend on their gadgets, the more obese they become, the more depressed they become, the shorter their attention spans," he said.

The addictive nature of social media preys on adults, but Dr. Amen says it's particularly troubling when youngsters get hooked. "It actually works on the areas of your brain involved in pleasure," he explained, "And the more you push on those areas, the more worn-out they become, and so people need more and more to begin to even feel normal."

In an email to CBN News, Facebook Communications representative Anabel Gould said despite the growing criticism of Facebook Messenger Kids from children's health care professionals, "We will not be discontinuing the app," adding, "We did work with many experts including pediatricians as we developed the app. We had an advisory committee of over a dozen experts we worked with throughout the process."

The email identified parental controls built into Facebook Messenger Kids such as,"Parents can delete a child's account at any time after the account is created. This can be done remotely if a parent feels the child is using it too frequently." Also, "Messages don't disappear and can't be deleted, so a parent can see messages on the app at any time."

Facebook also said they are "currently working on bedtime controls that will make it easy for parents to set times that their child cannot use the app."

However, even if these measures protect children from online predators and bullying, Dr. Amen says parents should still say no. "Even with parental controls, I think you should avoid it.," he explained, "because it's working on their brain to cause them to need it. Even if it's safe, it's setting them up to spend more and more time on it as they grow. and all the research I know says that's a bad thing."

In addition to scientific research dealing with kids and social media, Dr. Amen also draws on what he's personally witnessed in his own office. "As a child psychiatrist, I have dealt with many crises related to inappropriate use of the internet," adding, "It's a risky part of life, where kids, because they don't have the forethought, planning, the judgment, they end up posting things that can hurt them for a very long time, whether it's inappropriate pictures or inappropriate language."