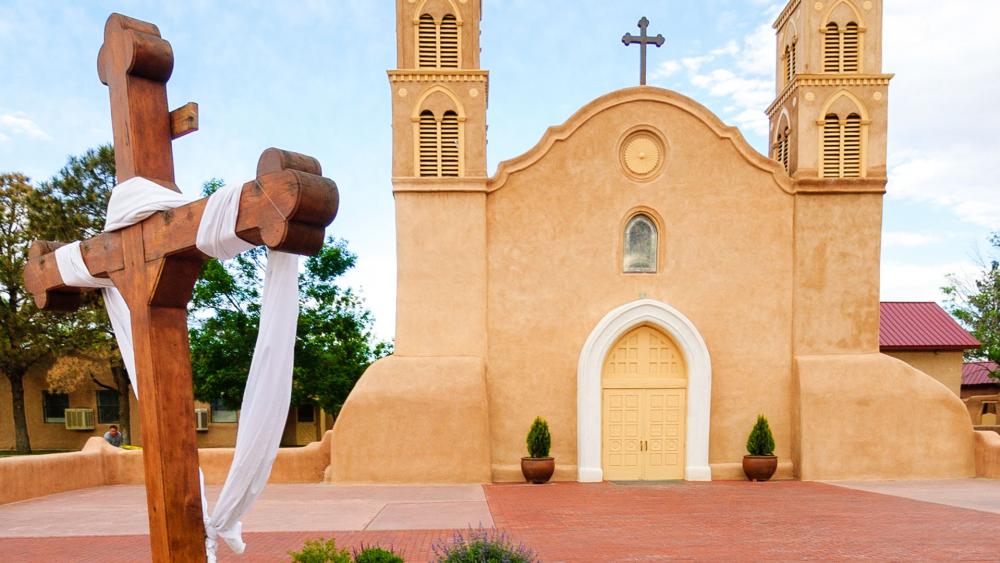 As health departments in nearly every state are reporting spikes in flu deaths among all age groups, the Catholic church isn't taking any chances.  They're issuing new guidelines governing behavior at services in an effort to reduce the number of potentially dangerous germs being passed from person to person.

In New Mexico, where nearly 50 people have died from the flu, The Archdiocese of Santa Fe sent a letter to churches statewide discouraging parishioners from shaking hands, holding hands during prayers and drinking communion from a shared goblet.

Church members seem to think it's a good idea, under the circumstances.

"I don't believe it's breaking any sacred traditions. If you want to receive Christ, I think He can do all things," said "Susan," another member.

On the other side of the country, the Roman Catholic Diocese of Portland, Maine has also instituted precautions to stop the flu from spreading.
Their notice reads, "all ministers of Holy Communion must sanitize their hands before and after distributing Holy Communion. Breaking with custom, parishioners should not shake hands during the Sign of Peace and will be encouraged to offer a verbal greeting, smile, or bow of the head."
The diocese is also asking sick parishioners to stay home, WMTW reports.
According to a recent report released by the Maine CDC, there were more than 100 hospitalizations from the virus last week.
Some churches are even going as far as offering to pay for their staff's flu vaccinations.
The Archdiocese of St. Louis, Missouri released a program in October to provide all employees and their families with a free flu vaccine in 41 different locations.
In addition to taking precautions at church services, they recommend people pray for flu victims as well as for a speedy end to the outbreak.