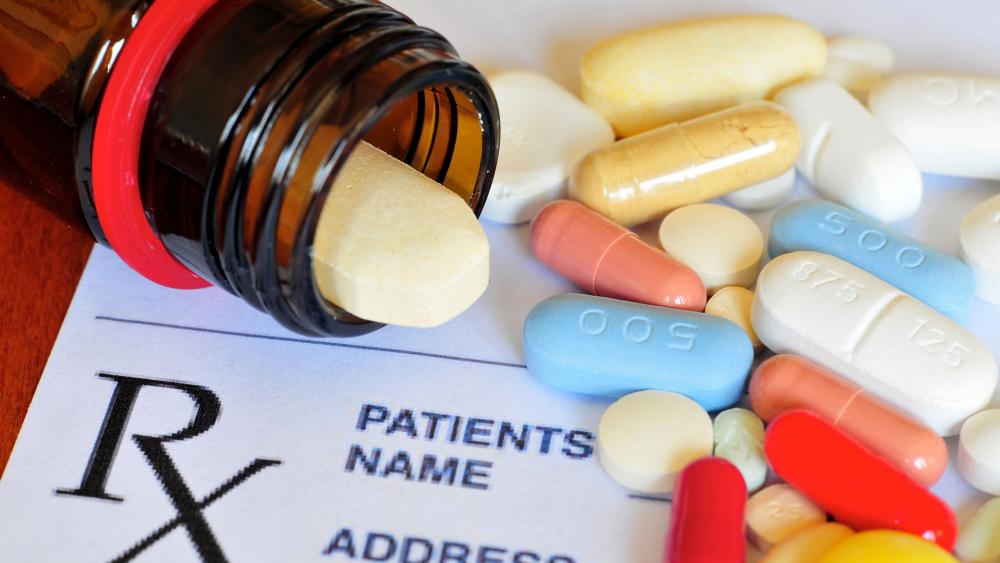 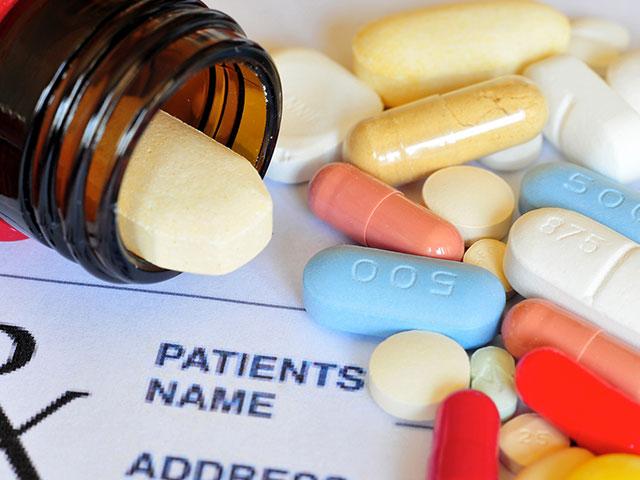 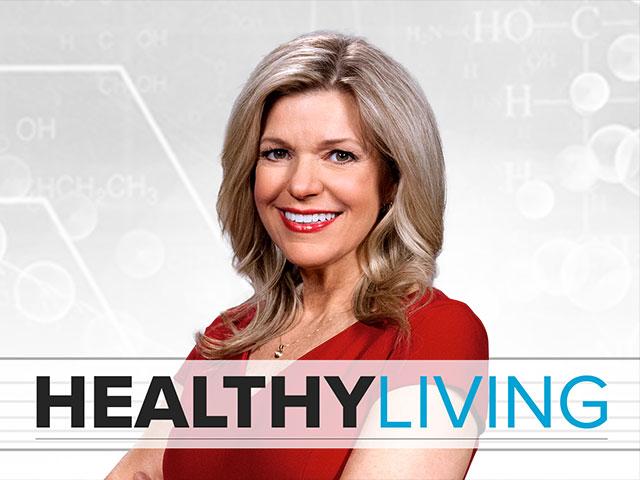 Our intestines, commonly called our "gut," are home to trillions of bacteria. Healthy people have plenty of good bacteria that boost every facet of our health. However, when we don't have enough good bacteria we can suffer from all types of health problems such as depression, weight gain, and cancer.

What causes us to have less-than-favorable types and amount of good bacteria? C-sections, baby formula, lifesaving drugs, and convenience foods all add to the problem. We tend to think these things make our lives better, starting from birth. But turns out they can seriously mess up the levels of good and bad bacteria in our body. Researchers only discovered this valuable information in the last decade or so.

Dr. Richard Wenzel, Editor-at-Large of the New England Journal of Medicine and Chairman of the Department of Internal Medicine at Virginia Commonwealth University in Richmond, Virginia, told CBN News, just like a delicate ecosystem, the entire body relies on the proper mix of good and bad bacteria in order to operate effectively. "So we want to keep those numbers and the composition of the microbiome right where it ought to be, in perfect harmony," he said.

Nearly a century ago, the world rejoiced when Alexander Fleming developed the first antibiotic. Penicillin would target bacterial infections that wiped out millions. Since then, many doctors frequently turn to these so-called miracle drugs, often not considering the downside.

Antibiotics kill bacteria. They only work on bacterial infections. Nevertheless, many doctors prescribe them to treat viral infections, even though antibiotics are useless in fighting viruses.

Dr. Wenzel says while antibiotics are lifesaving in many instances, they are vastly overprescribed. "We know that almost all cases of bronchitis where you cough, where the large airway gets inflamed with viruses almost always it's just a virus," he explained, "That's not to mean it's trivial, but we don't have antibiotics for 99 percent of them and yet 70 percent of physicians prescribe antibiotics for bronchitis."

Antibiotics target all bacteria, even the kind we need to keep us healthy. "Antibiotics are equal opportunity drugs," Dr. Wenzel said, "They kill the good guys as well as the bad guys.

Dr. Gerard Mullin associate professor of medicine at The Johns Hopkins Hospital and author of The Gut Balance Revolution says the youngest among us in particular, often lack the good bacteria they need, thanks to well-meaning pediatricians who overprescribe antibiotics.

"They're overused indiscriminately in children with earaches and sore throats," he said, "There have been linkages not only to obesity but autoimmune diseases such as inflammatory bowel disease, where they can directly link the number of doses of antibiotics received as a child to the probability of developing IBD later in life. So the antibiotics can definitely alter the microbiome."

Studies show just one course of antibiotics can disrupt the gut microbiome for years.

What's worse, antibiotics often enter our bodies without a prescription because of what we eat. Many antibiotics used in the U.S. are fed to animals which are raised for food.

Recently the U.S. Food and Drug Administration banned the use of antibiotics to promote growth in animals that are raised for food. However, there is a notable exception.  Antibiotics are allowed to be given to the animals if a veterinarian determines the drugs might prevent disease in them, which can include a great many.

A New York Times report names sources who suggest "a giant loophole" in the measure still allows for widespread antibiotic use in animals raised for food.

"There are enough antibiotics in those cows that are raised on hormones and antibiotics," Mullin said, "If you eat enough red meat within a week or so, that's enough to change the microbiome unfavorably."

Science proves this. New York University researchers were able to make lab mice obese and diabetic by proportionately giving them the same amount of antibiotics said to be in the American meat supply.

Experts say not all meat comes from animals that were given antibiotics.  Health proponents advise looking on the package label for meats that were raised without antibiotics.

When it comes to building a better gut, while antibiotics are enemy number one, running a close second is the Standard American Diet or what's known as SAD. It's the kind of food people in the U.S. typically eat for breakfast, lunch, and dinner plus the good that's missing from these meals.

Consider processed foods a triple-threat: they're too sweet, contain no fiber and are chock-full of strange chemicals. Dr. Purna Kashyap researches the gut microbiome at The Mayo Clinic in Rochester, Minnesota. He says the culprits tend to hide in the small writing on the list of ingredients.

"It's good to read the fine print," he said, "Because there's usually a small line at the end which says, 'emulsifiers,' or 'additives.'"

Dr. Gail Cresci, Ph.D., RD, specializes in the microbiome at the Cleveland Clinic. She says trying to digest things that are not found in nature places extreme stress on our intestines and can cause dangerous inflammation throughout the body.

"You think about processed foods," she explained, "There's a lot of foreign chemicals that are in the processed foods. And these are what's called, 'xenobiotics.' So it's a foreign compound, and the microbiota has to be able to deal with that."

When surveying the list of ingredients on a food's label, be on the lookout for words ending in, "-ose," such as "dextrose," maltose" and "fructose."

Dr. Kashyap says these and other added sugars actually make us fat and starve us at the same time. They do this by robbing the bacteria's food supply because our body absorbs simple sugar before it even gets to our intestines.

"Our body is very efficient in using it," he said, "Which means we're going to slurp it up right away. And as a result, our bacteria has to try to get food from our lining, or other places. So it can harm us because the bacteria are now starving, and they will have to rely on our gut lining to get food. And so it'll definitely give you energy, but it's not going to be good for your bacteria."

Health experts say while sugar is bad, don't make the mistake of using artificial sweeteners in its place. Dr. Cresci says as it turns out, those products are just as bad, probably worse.

"Different bacteria are able to take these artificial sweeteners and they're able to extract more calories from the diet," she said, "And this is linked with insulin resistance and weight gain."

Dr. Mullin agrees. "So it's rhetorical that we're taking in zero calorie sweeteners," he said, "Which harm the gut microbiome, and ultimately cause us to gain weight when the purpose was to not gain weight."

When it comes to gut microbiome, your first two years set the stage for the rest of life. The way babies are born, the type of delivery can make a big difference. So does the kind of nutrition the baby receives.

Dr. Heidi Nelson researches the colon at The Mayo Clinic in Rochester, Minnesota. She says birth via Cesarean section and feeding with formula provide inferior types and levels of good bacteria to the baby compared with their more natural counterparts.

"There is a difference between vaginal birth and Caesarean birth," she said, "Because the child is more or less sterile in the womb. And as they deliver through the vaginal canal, it's understood that they get the microbial population from their mom, that exposure from the mother at that time. And the same would hold true for breast milk versus a bottle. You want to get the right bugs set up in the child."

While sometimes C-sections and bottle feeding are necessary for the health of the mother, baby or both, too often doctors and parents choose them without understanding the possible adverse effects on the child's microbiome. 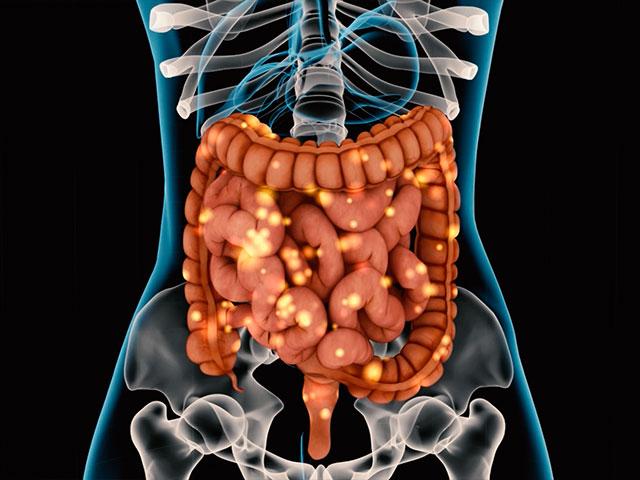