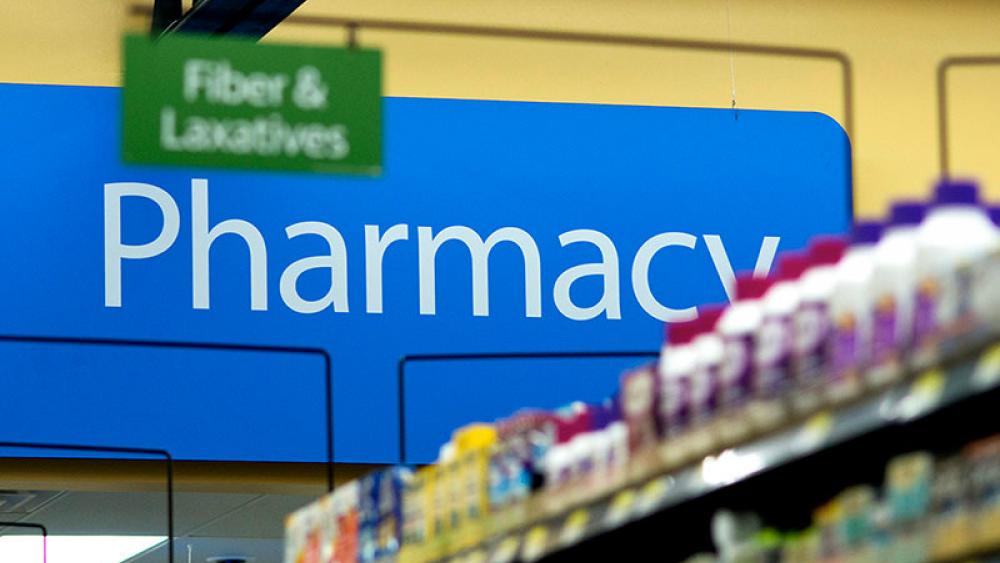 Retail giant Walmart announced a new policy of giving only one week's worth of opioids to its pharmacy customers, or less if the prescription indicates.

The new crack-down on pain killer use applies to all Walmart pharmacies nationwide as well as pharmacies at Sam's Club stores.

Walmart is the fourth leading pharmacy in the country, with sales topping 18 billion dollars a year.

The effort is an attempt to curtail the growing opioid epidemic that led to an astounding 42,000 overdose deaths in 2016, according to the U.S. Centers for Disease and Prevention, which is the highest on record, and averages about 115 deaths every day.

"We are taking action in the fight against the nation's opioid epidemic," said Marybeth Hays, executive vice president of Health & Wellness and Consumables, Walmart U.S. "We are proud to implement these policies and initiatives as we work to create solutions that address this critical issue facing the patients and communities we serve."

The seven-day opioid prescription limit will take effect within the next couple of months, according to a statement which defines a one-day opioid supply as equal to no more than 50 milligrams of morphine.

Although many doctors prescribe a one-month supply of opioids to their patients, the CDC says a one-week or even only a three-day supply of opioids is sufficient for acute pain, such as the type experienced after surgery.

Drug abuse experts say many patients do not use all of the opioids they are are prescribed, particularly if they receive more than one week's worth. Those extra pills are too often stolen by someone who lives with the patient or visits the home.

In fact, most people misusing prescription opioids get them from family and friends, according to the National Institute on Drug Abuse.

With that in mind, Walmart also provides a way for customers to safely destroy unused opioids by issuing packets of DisposeRx, a powder that when mixed with water forms a gel around the pills, making them impossible to take.

In addition to limiting opioid prescriptions to a one-week supply and offering DisposeRx, Walmart also announced it's switching to e-prescriptions in January 2020, which is expected to curb errors and corruption.