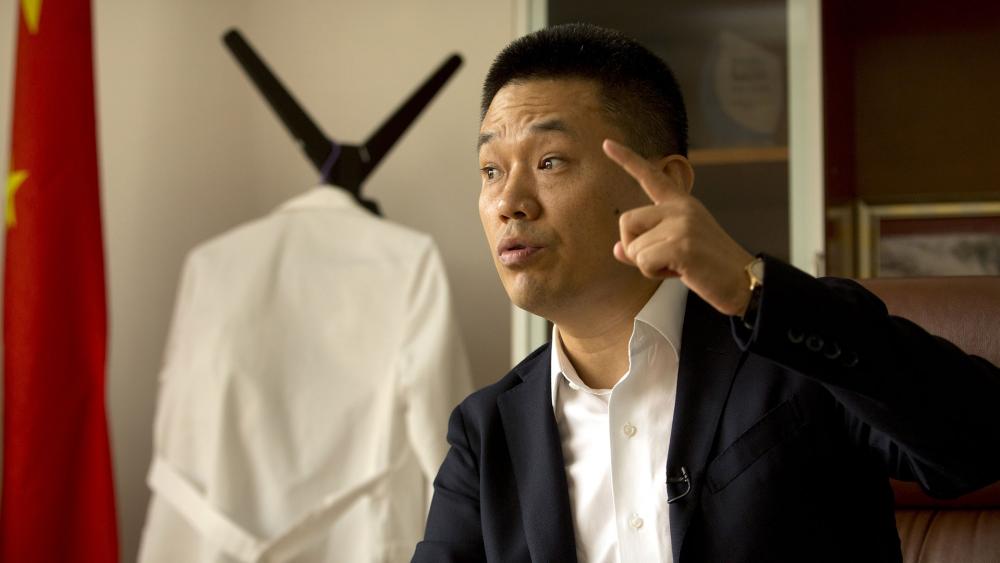 A Chinese researcher claims that he helped make the world's first genetically edited babies. If true, many experts say it is a dangerous leap in science and ethics.

He Jiankui of Southern University of Science and Technology says he used a powerful gene editing tool to alter the DNA of twin girls who were just born this month.

He claims he used the tool to give their embryos the ability to resist possible future infection with the AIDS virus – a rare genetic trait that some humans actually do possess.

"I feel a strong responsibility that it's not just to make a first, but also make it an example, how to perform things like this, consider morality of the society and consider its impact to the public," He told The Associated Press in an exclusive interview.

His work has not yet been independently confirmed or reviewed by other scientists, but if proven true, it crosses into a new frontier of medicine and ethics.

Gene editing is banned in the United States because the DNA changes can pass to future generations and it risks harming other genes.

Most mainstream scientists think it's too unsafe to try, and some denounced the Chinese report as human experimentation.

Dr. Kiran Musunuru at the University of Pennsylvania called it "unconscionable... an experiment on human beings that is not morally or ethically defensible."

Musunuru is a gene-editing expert and editor of a genetics journal. "We still have a lot of work to do to prove and establish that the procedure is actually safe," Musunuru said. "I would say no babies should be born at this time, following the use of this technology. It's simply too early and too premature."

Dr. Eric Topol, who heads the Scripps Research Translational Institute in California, said, "We're dealing with the operating instructions of a human being. It's a big deal."

Some worry the procedure will be used to rewrite the DNA blueprint of future babies, giving them certain desired traits, creating what some have called "designer babies."

The man who claims to have accomplished it says it's too late to stop it, and that if he hadn't done it, someone else would have.

Up until now, scientists have agreed to just use gene editing on living people in a non-reproductive manner, such as using the person's own stem cells.

Ethical scientists have agreed it's best to stay away from gene editing in sperm and egg cells and in embryos because in all of those cases the genetic changes can be passed down to future generations and there are too many possibilities for unintended consequences.

There's a relatively new genetic editing process, called CRISPR, that's more effective and less expensive than anything we've seen before, which means more scientists can do it. The scientist who developed CRISPR is condemning this embryo editing, calling for an investigation and reiterating the moratorium on gene editing in embryos.

For the Chinese twins allegedly created by this process, it's already being speculated that although the procedure may have reduced their risk of contracting HIV from a parent, it raises the chance of getting West Nile virus. Furthermore, there are already effective ways of preventing HIV transmission without having to resort to gene editing.

"Gene editing through the CRISPR process holds tremendous promise for ethical and therapeutic medical interventions that benefit humankind, but what Chinese scientist He Jiankui admits to engaging in is human experimentation, plain and simple. We didn't condone human experimentation in the last century when totalitarian regimes engaged it, and the international community does not condone it today," Foster said in a press release.

"While CRISPR itself is still largely unregulated as a specific technique, the basic tenets of medicine and research as they relate to the rights of human subjects clearly indicate that what He Jiankui and others are attempting with this sort of research is unethical and simply dangerous. This is true not only for the subjects of such human experimentation but also for every human person who will subsequently be at risk of acquiring heritable genetic modifications whose implications are totally unpredictable," the press release continued.

"The fear and uncertainty that such unpublished, unverifiable, non-peer reviewed claims are already generating appears set to make the work of ethical and legitimate CRISPR research all the more difficult," the press release concluded.