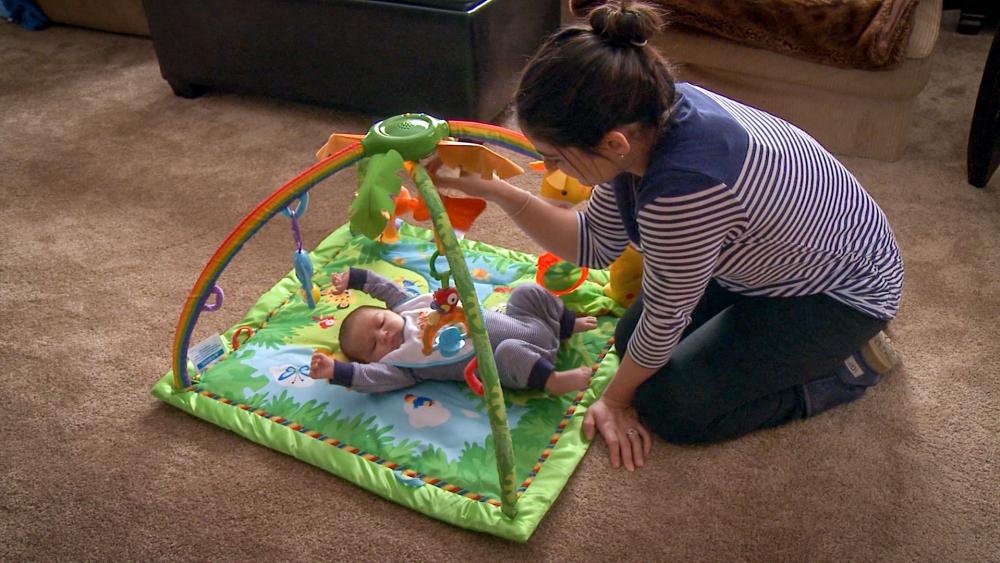 Once a woman takes an abortion pill, she has 72 hours to change her mind and take doctor-prescribed progesterone to reverse the abortion.

Whether doctors and clinics should be required to tell patients about this option is the subject of a debate in at least four states right now. Americans United for Life says they include: Georgia, North Carolina, Oklahoma, and Kansas.

"This unwarranted legislation will create confusion and could be harmful to women's health," she said. "The practice of medicine should be left to licensed health professionals, not elected officials."

The Kansas Senate President, Republican Susan Wagle, has tweeted just the opposite. The bill, she said, would allow women "to make an informed decision about their pregnancy."

Nationwide, the Abortion Pill Rescue Network reports that more than 500 babies have been born with 150 more on the way, thanks to the treatment developed by Drs. George Delgado and Matthew Harrison in 2007.

The babies' mothers are utilizing a round-the-clock hotline (877-558-0333) that links them with 400 medical practitioners across the country who can prescribe the progesterone needed to reverse their abortion within the crucial 72-hour window.

A 2018 peer-reviewed study published by Dr. Delgado in the medical journal Issues in Law and Medicine followed 754 women who wanted to stop their abortion after taking the first dose of the abortion pill known as RU-486. Their findings? Sixty-eight percent who started the reversal treatment were able to give birth to a healthy baby.

Still, abortion rights supporters say that more testing is needed in order for doctors to confidently recommend the procedure.

Gov. Kelly says it "is not adequately supported by medical science" and Wichita abortion provider Julie Burkhart says "requiring doctors to provide unscientific and unproven information violates the private relationship between women and their medical providers."

Abortion reversal supporters contend that no woman who questions her chemical abortion after she's taken the first pill should feel that she must continue it and they argue that the results over the last 12 years along with the peer-reviewed study should encourage women who want to use the treatment and save their child.

Jor-El Godsey, president of Heartbeat International which oversees the Abortion Pill Reversal Network and hotline, calls the reversal procedure "an absolute lifeline to the very woman who needs our help most. No woman should need to finish an abortion she regrets--especially when there may be time to save her child's life."