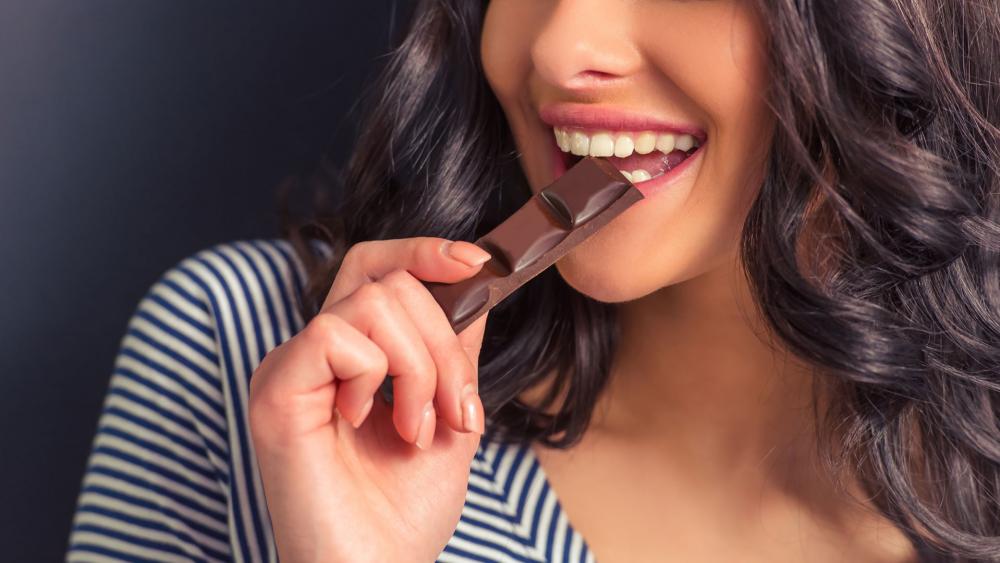 The latest study shows dark chocolate reverses depression. This may come as no surprise to people who have personal experience chasing away the blues by indulging in the sweet treat.

Confirming anecdotal evidence, researchers from University College London and University of Calgary and Alberta Health Services studied 13,000 adults in the United States and found that over a 24-hour period, those who ate dark chocolate were 70-percent less likely to show symptoms of depression.

Add that to previous research showing dark chocolate is good for our heart. Health experts say the antioxidant found in cocoa keeps our blood flowing. Laura Jeffers, a registered dietician at the Cleveland Clinic says the key ingredient is called flavanol.

"Flavanol will help to improve blood pressure, it helps the blood to clot better so it doesn't get sticky in the arteries," she said.

However, before getting too carried away, Jeffers issues a couple of caveats.

First, make sure the chocolate you consume is dark, not milk chocolate.

Second, watch your portion size. Chocolate contains sugar, which is bad for our health. When it comes to chocolate, a little goes a long way.

"I would recommend one ounce of a dark chocolate a few times a week," Jeffers said. "I don't think it's something that you have to have every day."

Some people worry about the saturated fat in chocolate.  However, Jeffers says the stearic acid prevents it from increasing cholesterol levels.

In addition to improving depression and heart health, chocolate has also been found to improve memory.  A Columbia University study showed after just three months, older Americans regained the memory strength of a person 25 years younger.

"What we found is that 50- or 60-year-olds who consumed a high cocoa-flavanol diet had an improvement in memory," said Columbia University Medical Center Neuroscientist Scott A. Small, "And it seemed to originate from a particular part of the brain that we know is targeted by normal aging."

The Columbia study required participants to consume a drink containing 450 milligrams of cocoa flavanols equaling what's in seven dark chocolate bars. Unfortunately, the cocoa flavanols had no effect on a different part of the brain targeted by Alzheimer's Disease.