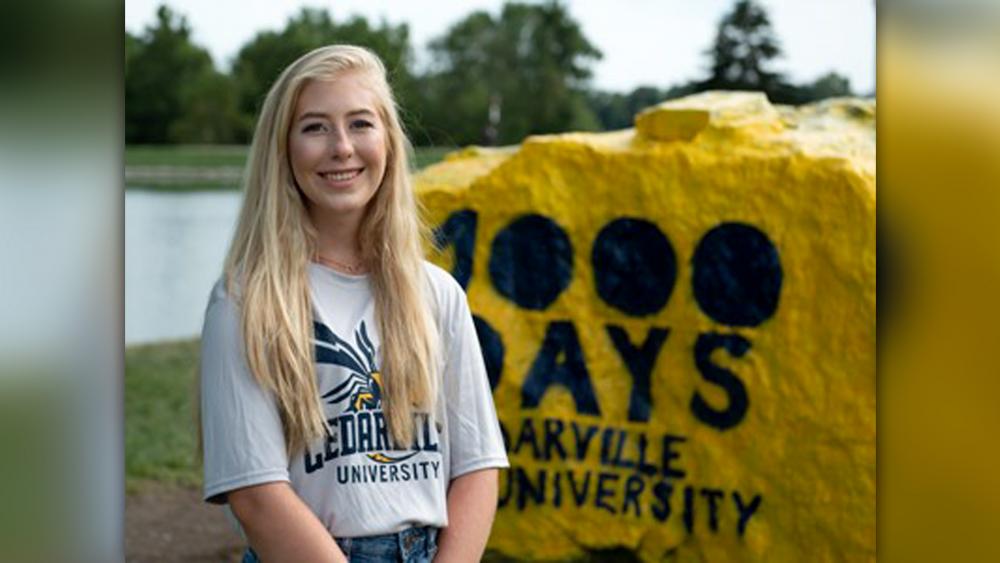 Starting college can be scary for freshmen, particularly if you're dealing with a life-threatening health condition. However, 18-year-old Lauryn Gibson is trusting in Jesus to take care of her as she begins her college career at Cedarville University, a Christian college in southwest Ohio, with her transplanted heart.

"I just try to do as many once-in-a-lifetime experiences as I can," she said. "I'm really grateful for this second chance."

Gibson has seen God at work in her life as far back as she can remember. She relies on her parents to tell her what happened before her memories were formed.

For instance, shortly after she was born, God allowed Gibson to escape death and even wait for her new heart from the comfort of her own home, which mystified doctors.

When she was only six weeks old, she experienced difficulty breathing and was rushed to the doctor. Her mother was stunned to learn her baby girl was dying from congestive heart failure.  The tiny, sick infant was airlifted to Cincinnati Children's Hospital Medical Center. During that flight, her heart stopped beating.

When Gibson arrived at the hospital, the medical staff revived the baby and put her on life support.  Her heart function was only at eight percent.  Her cardiologist said the only way the infant would leave the hospital was with a new heart.

Gibson's mother Heather said, 'I'm not going home without her," adding, "My God is bigger."

Within two weeks her baby's heart function improved to eighteen percent, which was healthy enough to be released from the hospital.

"She was defying the odds," the doctor said.

Gibson was placed on the heart transplant list but was able to wait for her new heart at home, which is rare.

After nearly a year of waiting, a heart became available and she underwent the painstaking transplant when she was just three days shy of her first birthday.

Since that time, Gibson has taken autoimmune drugs to prevent her body's natural tendency to reject her new heart.  Her immune system recognizes the transplanted heart as a foreign invader and will attack it unless the immune system is suppressed with medication.

She will need to take these immunosuppressant drugs for the rest of her life. Unfortunately, these medications make it difficult for her immune system to fight off all infections and illnesses, putting her life at risk all the time.

That means Gibson needs to exercise extreme caution about her environment. College campuses can be particularly perilous when it comes to infections, so she chose to live off-campus at home with her parents and commute to Cedarville University, rather than live in an on-campus residence hall.

Gibson told CBN News God has always been with her and her family.

Gibson said she wanted to be a veterinarian when she was younger but now hopes to earn her Doctor of Pharmacy degree by 2023.

"Then I began thinking that I wanted to help people like me that have to take medication twice a day for the rest of my life," she explained. "I just wanted to be in a field that can ease the complications of taking medication every day for my patients, particularly pediatric patients. Because I understand how hard it is to take the medications."

Since she has had a lifetime of exposure to the healthcare industry and understands the lifesaving capacity of medications as well as the importance of taking them properly, she already has a head start.