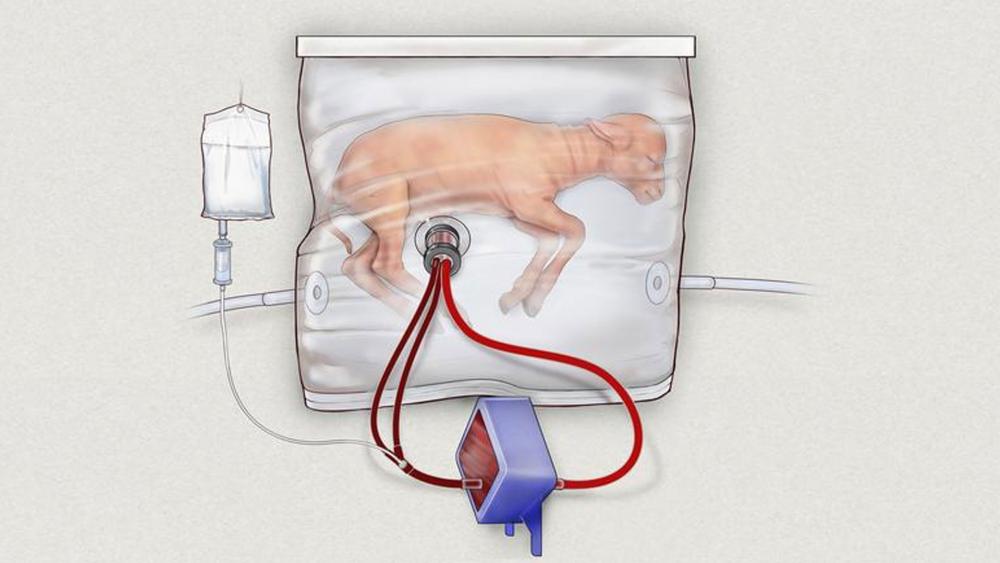 Illustration of a fetal lamb inside an artificial womb device. Image courtesy: The Children's Hospital of Philadelphia via AP.

There's a scientific breakthrough approaching that could permanently alter the abortion debate as we know it.

That new development is the artificial uterus or womb, which could lower the developmental age at which an unborn baby is feasible to survive and live a normal life.

The website Real Clear Science reports that currently, an artificial uterus with such a capability is still science fiction.  However, artificial uteruses capable of shrinking the gestation period to 15 weeks may only be a few years away from being developed.

In 2017, researchers at the Children's Hospital of Philadelphia documented their artificial womb that allowed premature lambs comparable to 22 to 24-week human fetuses to fully develop.  At the time, Alan Flake, the lead researcher, told NPR he hoped to test the device on very premature born human babies within three to five years.

"What we tried to do is develop a system that mimics the environment of the womb as closely as possible," Flake said. "It's basically an artificial womb."

Just like something right out of a science fiction novel, as artificial wombs are developed and continue to push the age of fetal viability earlier, the debate over abortion will transition to one over "extraction," according to Real Clear Science. Although this would end the abortion debate as we know it, several new legal and ethical questions brought on by the application of such science would be hotly debated.

Even Flake, whose procedure may save premature babies, told NPR he has no desire to go beyond the scope of what his artificial uterus is designed to do.

"I want to make this very clear: We have no intention and we've never had any intention with this technology of extending the limits of viability further back," he explained. "I think when you do that you open a whole new can of worms."