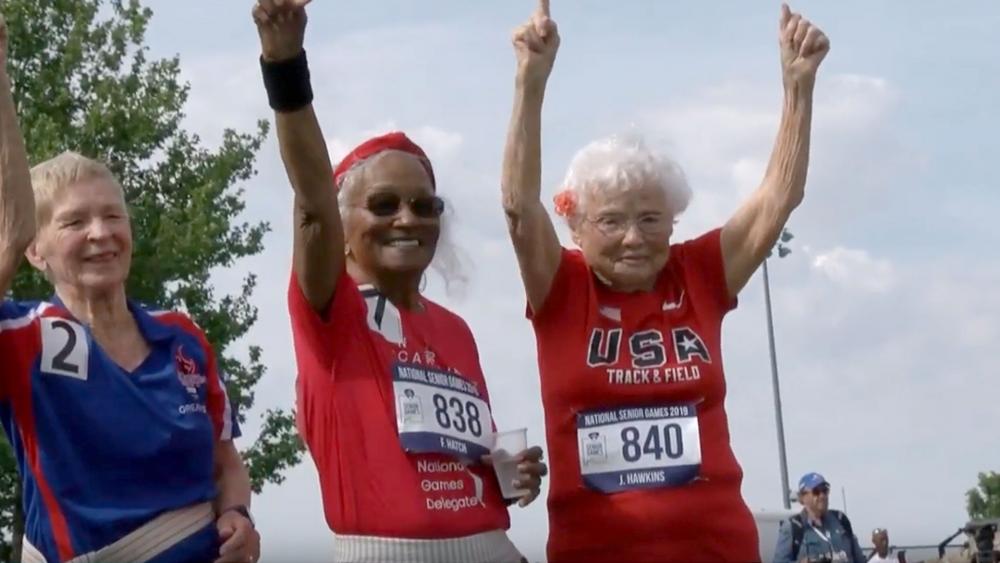 Julia Hawkins (on the right) after winning a race at the National Senior Games (Photo Credit: Screen capture/KRQE video)

A woman who is 103 years young just made history, winning the gold medal in a track race.

It took place in Albuquerque, New Mexico where folks in their golden years faced off in a senior games competition.

Julia 'Hurricane" Hawkins just won the gold in both the 50-meter dash and the 100-meter dash in the women's 100-plus division.

The Louisiana native began running at the age of 100 after she had to give up biking.

She set a record two years ago in the 100-meter for her age group.

She earned the nickname "hurricane" and is the oldest woman to compete on an American track according to the National Senior Games Association.

"I hope I can inspire them to be healthy and to realize that you can still be doing it at this kind of age," Hawkins said. "Every day when you're 103 is a miracle."

Hawkins told reporters she gets most of her exercise working in her garden and advises folks to just keep busy and moving to stay young.

You can watch Hawkins run in a local news broadcast from KRQE.