How to Starve Cancer, Boost Immunity, Fix DNA, and Restore Your Health with Food 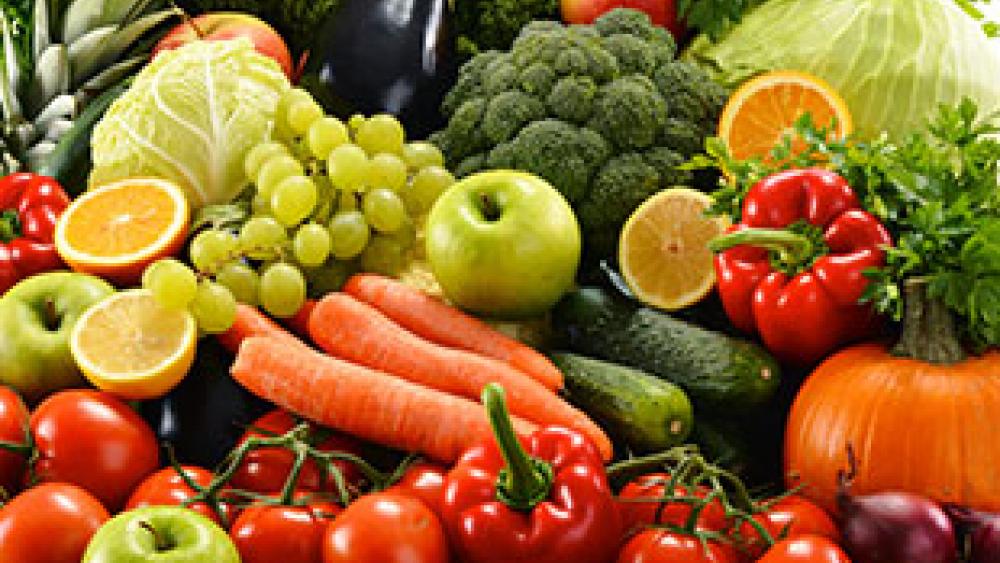 When we think about life's biggest decisions, images of choosing the right spouse, career or home come to mind. What to eat? Not so much.

New research may change that. Scientists now know our body has five natural defense systems that are magnificently effective at warding off our scariest diseases. There is a catch, however. These defense systems only work properly when nourished with healthy foods.

In his new book Eat to Beat Disease Dr. William Li explains how our body's defense systems work and lists 200 foods that keep them humming.

"We don't need to spend all of our time thinking about what to cut out of our diet," he told CBN News, "It's now time to start thinking about what we can add to our lives," adding, "we want to eat lots of foods that can activate our health defenses and because there are so many choices and everybody can find something they like in the 200 foods that I list, you can start eating healthy with the foods you already love."

Readers will be thrilled to discover delicious sourdough and pumpernickel bread actually feed one of our health defense systems, as do certain cheeses. Many foods, called "grand slams" fuel all five defense systems.

This health defense system keeps cancers small. Believe it or not, we all have cancer cells within our body, but angiogenesis is a form of protection that starves those cancer cells and prevents them from growing and invading the rest of our body. Angiogenesis regulates our blood vessels. More than 100 foods can enhance angiogenesis such as pomegranate, black raspberries, and tomatoes. Dr. Li takes it a step further by pointing out that when it comes to tomatoes, cooked, San Marzano contains the most cancer-fighting lycopene.

"Almost 36,000 men have been studied," he said, "And it was found that those who ate two to three servings of cooked tomatoes, that's tomato sauce, a week, had a thirty percent decreased risk of developing prostate cancer."

Vitamin K-2 is key to controlling angiogenesis, you can find this vitamin in Gouda, Jarlesburg, and Edam

"This vitamin K2, which is a healthy side effect of making the cheese itself, is a powerful anti-angiogenic, cancer starving substance," said Dr. Li.

It may sound a little gross, but trillions of living bacteria call our intestinal tract home. Not only that, but we rely heavily on these microscopic critters to keep every aspect of our minds and bodies operating smoothly. The kind of bacteria and the amount of them comprise a very complex ecosystem called our microbiome. Dr. Li says a balanced microbiome leads to good physical and mental health.

"The healthy bacteria that live inside our bodies, 39 trillion bacteria live inside us, communicate with our immune system. They help our bodies heal. They even talk to our brain."

Dr. Li says fermented foods like Kim Chi and yogurt contain healthy bacteria, also known as probiotics. Fiber-rich foods like broccoli, which are called prebiotics, play a role because they feed the good bacteria. Some people are surprised to learn sourdough bread boosts our microbiome.

"It turns out that sourdough is made with Lactobacillus reuteri. It's that bacteria that creates that nice tangy taste," he explained, "That bacteria boosts our immune system, it can actually speed our healing, our ability to heal wounds and it also communicates to our brains to release that social hormone oxytocin that makes us feel good."

Pumpernickel bread, which is made from rye flour, also fortifies the microbiome. "Rye flour will decrease the levels of an unhealthy bacteria in our gut that creates a toxin that causes inflammation," he said, "So eating pumpernickel bread can lower that bacteria and lower inflammation."

We all know DNA contains the genetic code we inherited from our parents. However, it's much more than that. It issues commands to our entire body, telling it what to do. Unfortunately, it's a fragile system that is constantly under attack from the environment. Natural enemies such as ultraviolet radiation from sun exposure can weaken DNA, as can toxins such as second-hand smoke and gasoline fumes. (Dr. Li recommends standing down-wind of these fumes when filling our cars).

Foods that repair and strengthen our DNA include kiwifruit, spinach, and lentils. Get this: over 100 different types of oysters strengthen DNA, particularly Pacific oysters. In one study, the oysters reduced DNA damage by a whopping 90 percent!

Only recently have scientists uncovered the protective properties of our own stem cells, which are vital for growing and maintaining our organs. Researchers now tell us these foundational life units can actually regenerate our bodies throughout our lives.

"When we were kids we were taught salamanders and starfish regenerate, but people can't," Dr. Li said, "Science is turning that upside down. We know that we do regenerate from the inside out using our stem cells."

As if we need another reason to love chocolate, recent studies show the dark bean can be a super fuel for stem cells.

Our immune system is one of the most well-known health defense systems, yet scientists continue to learn more about how it works. It keeps us from getting an infection after we've been exposed to bacteria, fights off viruses and more. In short, a strong immune system provides protection against any pathogen seeking to harm us.

"We now know the immune system is more powerful than we ever thought," said Dr. Li, "In fact, it can protect us against cancer."

In addition to cancer, dozens of other conditions can be blamed on weak immune systems such as allergies, Celiac Disease, Psoriasis, even Diabetes.

"There's actually a natural substance in the olive called hydroxytyrosol which is a powerful way to cut off the blood supply feeding cancer," said Dr. Li, "It's also anti-inflammatory."

Dr. Li says certain olive oils contain more of the healing hydroxytyrosol and polyphenols than others. He recommends buying olive oil made from Koroneiki, Picual or Moraiolo olives.

"So when I go shopping for olive oil," Dr. Li said, "I pick up the bottle, and I turn it around, and I look for the name of the olive. What kind of olive was this oil pressed from?"

So while many of view food as an afterthought, Dr. William Li says putting a little thought into what we eat can pay dividends when it comes to our health.

"While medicines can be used to treat disease, foods can prevent it in the first place," he said.