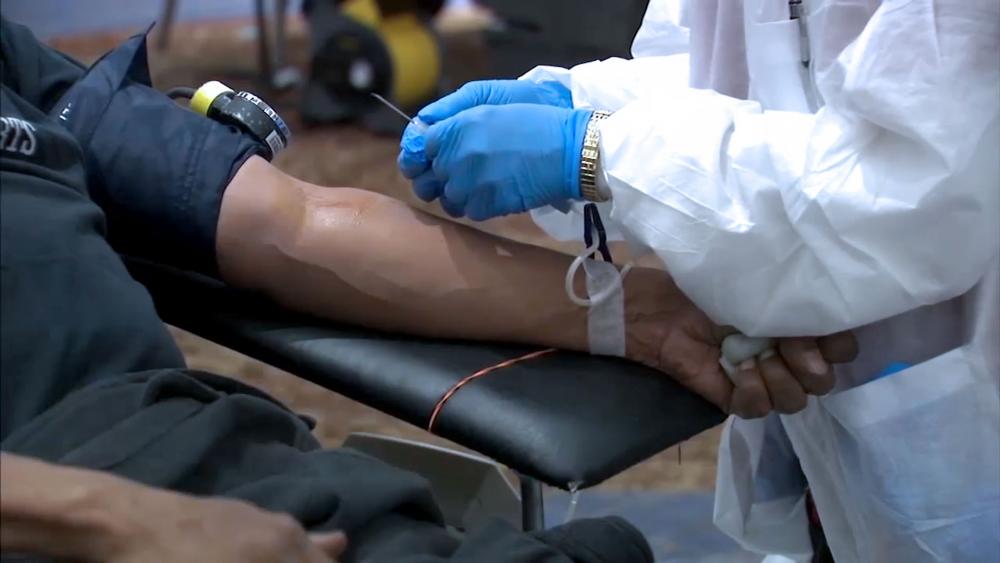 More than 68,000 Americans have fully recovered from COVID-19.  Now they can help others struggling with the virus.  These survivors have something that could potentially kill the enemy that's threatening the lives of hundreds of thousands of more vulnerable Americans.

Many people who've recovered from COVID-19 feel like they have a new lease on life and are trying to give that same gift to others. The gift is their blood. It's potentially loaded with antibodies specifically designed to destroy the COVID-19 virus.

Elizabeth Schneider lives in the state of Washington and is one of the thousands of survivors who are giving blood. It's called convalescent plasma.

"You know, we have an immune system that happens to fight this off on our own and that's really really powerful," she said.

Schneider tested positive for COVID-19 back in February. When the virus entered her body, like other survivors, her immune system produced enough antibodies that got rid of the virus.  Although the virus is gone, the antibodies remain in her blood and can fight-off the virus again if it ever enters her system, making her immune, according to doctors.

Dr. Rebecca Haley is the Medical Director of Cord Blood Services at Bloodworks Northwest, where Schneider donated her blood.

"Each donation that goes for direct transfusion can probably treat three or four people," she explained. "The protocol from the NIH allows us to collect COVID-recovered donors once a week for up to 20 weeks."

In Fort Worth, Texas, a critically ill COVID-19 patient received convalescent plasma at Texas Harris Methodist Hospital.  Doctors say many people who suffer the most severe complications from the virus don't have robust enough immune systems to produce enough antibodies to effectively defend against the virus.

Fort Worth pulmonologist Dr. John Burk said convalescent plasma therapy might help reverse the disease in people who are headed for the worst outcomes. "Patients in need who are on a ventilator or who are about to be on a ventilator might be the best candidates to get a little boost in immunity."

Although Chinese doctors report 15 patients who received convalescent plasma were cured, here in the United States studies on the effectiveness of the treatment are still underway.  However, while those studies are being conducted, doctors can prescribe the treatment on a "compassionate use" basis.

"It could make a world of difference," Dr. Burk said. "It could be substantial. The truth is we don't yet know. It is an unproven, experimental treatment."

In Columbus, Ohio, The Ohio State University Wexner Medical Center has transfused the first patient in central and northern Ohio with plasma from a recovered COVID-19 patient.

Emergency room physician Dr. Howard Werman tested positive for COVID-19 in March after traveling. Fortunately, he only experienced mild symptoms such as a runny nose and a sore throat. He's fully recovered now and donated his blood to help people who are much sicker than he was with the virus.

At the University of Chicago, doctors are also testing convalescent plasma on their patients as part of a study of the therapy. The research will include 10 patients and may later expand to include more.

"They get a single transfusion of the plasma and then we measure what happens," she said.

Ideally, donors should wait a month after their symptoms go away, according to Dr. Patrick Wilson, PhD., an immunologist at Chicago Medicine.

"The amount of antibody that is working against the virus will have peaked at 28 days."

While doctors can't say for sure whether convalescent plasma works on COVID-19 patients, similar treatments proved successful against the Spanish Flu and other coronaviruses like SARS and MERS.

Health experts say if you were diagnosed with COVID-19, have fully recovered and would like to help, contact your nearest blood bank such as the Red Cross.