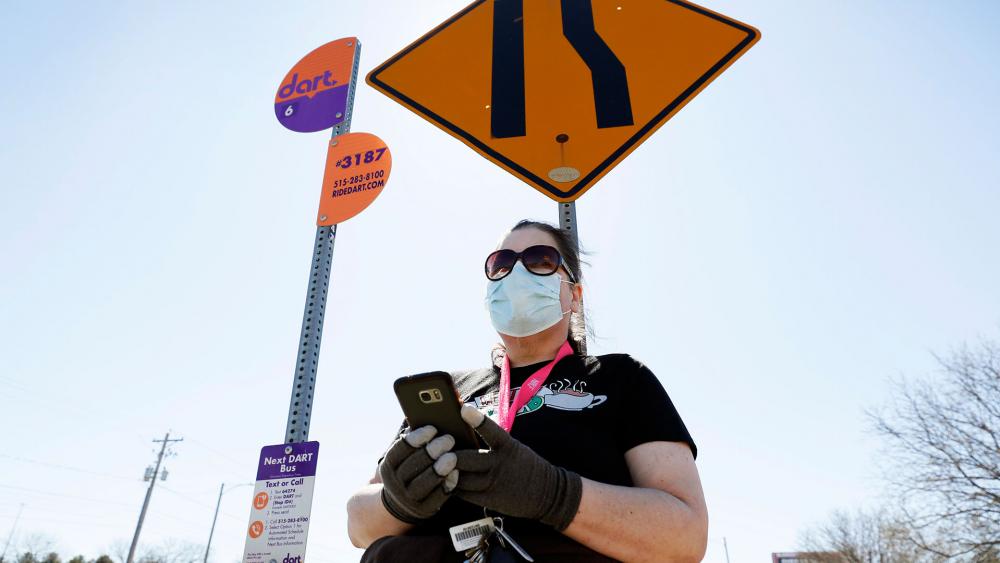 Virginia is one of many states moving quickly to prepare for its projected COVID-19 peak later this month. The "Old Dominion" state shares a common concern – a possible shortage of beds and not enough protective supplies.

Virginia is not expected to be a virus hotspot, like New York, Louisiana and other areas have been. It's middle-of-the-road right now with 5,747 cases and 149 deaths as of the latest weekly report released on Monday, April 13.

Still, the Virginia Department of Health needs to be ready for the state's projected surge in the next couple of weeks. John Cooke, the emergency coordinator for the department's eastern region, has been following COVID-19 since it broke out in China.

Back in January, he says he didn't think the virus would impact the US as it has. Now, he calls it "the big one."

Cooke says he thinks the state is "on top of it" but admits there's already not enough basic supplies like masks and gowns that come from the federal government.

"Certainly we do need more of that. The resources are gobbled up almost as soon as they are received," he says.

Cooke oversees the distribution of these supplies from what's known as the Strategic National Stockpile (SNS) at the federal Department of Health and Human Services. He makes sure they go to home health agencies and medical practices that are still open. Other SNS supplies are shipped to hospitals, first responders and long-term care facilities.

Cooke and other emergency planners in the state are also working to expand the number of available beds. They're coordinating with hospitals to expand capacity by converting surgery suites to rooms for COVID patients and flipping private rooms to semi-private rooms.

Virginia has also targeted three facilities for renovation as alternative care facilities. Cooke is overseeing the remodeling of the Hampton Roads Convention Center in Hampton to make way for as many as 560 COVID beds.

It's a similar concept to the Javits Convention Center in Manhattan which is currently serving as a makeshift hospital.

"The model we're choosing is sort of a step-down facility," says Cooke. "Once folks have gone through the worst of their course of illness we're hoping to be able to relieve some of the surge on hospitals by moving them into an alternative care facility."

She oversees work with COVID patients to identify who they were in contact with 48 hours before they became sick.

"We're asking them who they were around, who they had close contact with face-to-face and those are the people we want to talk to, to make sure they weren't exposed," she explains.

One of the things she worries about – people who feel fine or just a little sick but might be spreading the virus.

"We know there are different degrees in the disease where someone can be mildly symptomatic versus really sick. So those people may just think they have a cold," she said.

Lemis says it's hard to know if social distancing and respiratory etiquette are working. She won't really know until Virginia's cases begin to drop off, hopefully in the next couple of weeks.