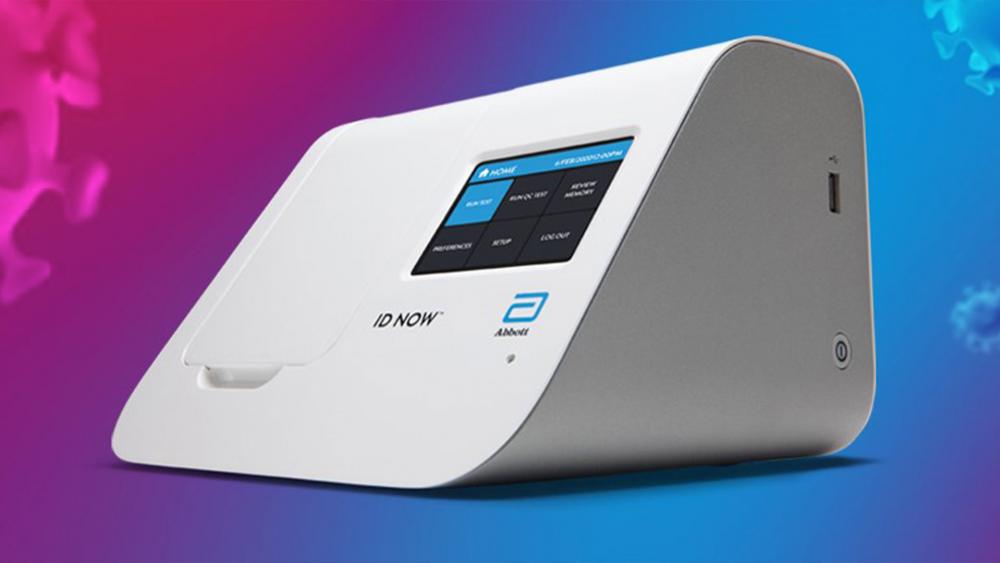 A new test for the COVID-19 virus will be able to deliver results to medical professionals in as little as five minutes, according to the medical device company Abbott.

Abbott's device has received emergency use authorization (EUA) from the US Food and Drug Administration (FDA). The company began shipping the device to emergency rooms around the country on Wednesday.

"This is going to be the fastest molecular point-of-care test to date," said John Frels, Ph.D., Abbott's vice president of research and development, in an interview with ABC News. "It generates a positive result in 5 minutes and negative results in 13 minutes."

About the size of a small toaster, Abbott's NOW COVID-19 test only weighs 6.6 pounds, and can be placed in a variety of locations. Because of its portability, it can be used in doctors' offices and urgent care clinics.

The device can test one sample at a time. According to the Bangor Daily News, the machine can only handle four tests per hour.

"Faster is better," Peter Pitts, a former US Food and Drug Administration commissioner and president of the nonprofit Center for Medicine in the Public Interest in New York City told the newspaper. "But there is no panacea. We need to use all the tools we have at our disposal. Anything additive will help with the backlog."

Frels said such a test will allow frontline health care workers to see a patient, quickly diagnose them and make immediate decisions regarding treatment and care, helping prevent further transmission of the virus to other people.

Abbott will begin by supplying 50,000 tests a day with the goal to gradually increase to more than a million a month. According to the company, the cost of the test is expected to be comparable to the ID NOW flu test and will be covered by most insurance plans.

"This will fill a great need that is not being well served at this point," said Frels.

Abbott is not the only company to receive emergency use authorization from the FDA.  Almost 24 test devices were also given a special license to proceed in the war against the coronavirus.

Watch How Abbott's new device can test for COVID-19 below: