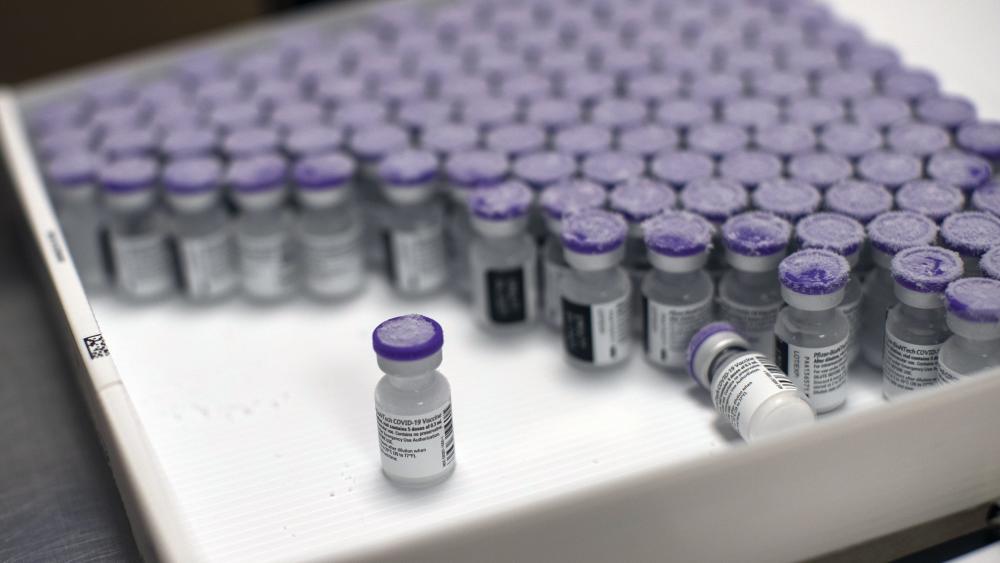 In this Monday, Jan. 4, 2021 file photo, frozen vials of the Pfizer/BioNTech COVID-19 vaccine are taken out to thaw, at the MontLegia CHC hospital in Liege, Belgium.(AP Photo/Francisco Seco, File)

The Pentagon promptly announced it will press ahead with plans to force members of the military to get vaccinated amid the battle against the extra-contagious delta variant. The University of Minnesota likewise said it will require its students get the shot, as did Louisiana's major public universities, including LSU, though state law there allows broad exemptions.

More than 200 million Pfizer doses have been administered in the U.S. under emergency provisions — and hundreds of millions more worldwide — since December. In going a step further and granting full approval, the Food and Drug Administration cited months of real-world evidence that serious side effects are extremely rare.

President Joe Biden said that for those who hesitated to get the vaccine until it received what he dubbed the “gold standard” of FDA approval, “the moment you’ve been waiting for is here.”

“Please get vaccinated today,” he said.

Pfizer CEO Albert Bourla called the FDA's action “an important milestone that I think will unlock some of the more skeptical minds.”

Pfizer said the U.S. is the first country to grant full approval of its vaccine, in a process that required a 360,000-page application and rigorous inspections. Never before has the FDA has so much evidence to judge a shot's safety.

The formula, jointly developed with Germany's BioNTech, will be marketed under the brand name Comirnaty.

Moderna has also applied to the FDA for full approval of its vaccine. Johnson & Johnson, maker of the third option in the U.S., said it hopes to do so later this year.

Just over half of the U.S. population is fully vaccinated. Vaccinations in this country bottomed out in July at an average of about a half-million shots per day, down from a peak of 3.4 million a day in mid-April. As the delta variant fills hospital beds, shots are on the rise again, with a million a day given Thursday, Friday and Saturday.