'I Love Life': Why These People Claim to Be the First Survivors of Alzheimer's Disease 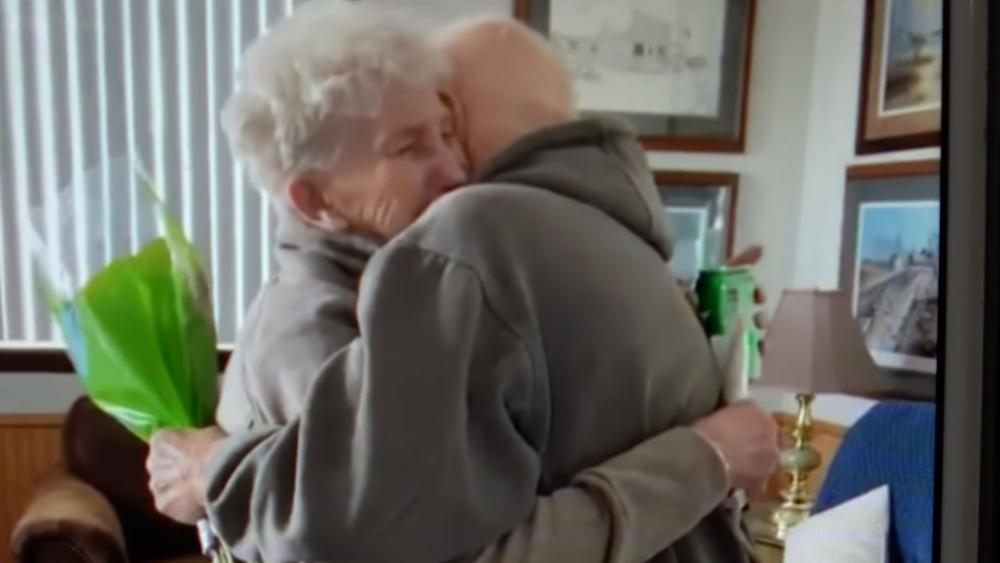 Jerry and Beverley Lindell. (Screenshot courtesy: KARE-TV/YouTube)
6311556668112
'I Love Life': Why These People Claim to Be the First Survivors of Alzheimer's Disease

As six million Americans and their families grapple with Alzheimer's Disease, a small number of them are giving amazing accounts of how their symptoms actually reversed. Not only that, but they say their cognitive improvements have stood the test of time, nearly ten years in one case.

These patients do not attribute their mental comebacks to a pill, injection, or any other single drug or combination of pharmaceutical products. Instead, they have followed a lifestyle program that was individually crafted to address all the many different things that were causing their Alzheimer's symptoms.

In the book, The First Survivors of Alzheimer's: How Patients Recovered Life and Hope in Their Own Words, seven people give their own moving personal testimonies about what it was like to lose their ability to recognize cherished friends, perform normal tasks and even speak in complete sentences. With nothing to lose, they tried The Bredesen Protocol which they say restored their memory and thinking to where they were before their symptoms appeared.

Julie Gregory told CBN News she started having trouble nearly ten years ago. Since she had family members with Alzheimer's, she feared the worst.

"I was driving home from work on a very familiar road and for a few seconds, I was lost. That wasn't normal," she said, continuing, "I have lived in this town in the foothills of Georgia for twenty years. I would run into people in shops who knew me very well and I had no idea who they were. My personality began to change."

She took a cognitive test and scored very low, indicating she had early Alzheimer's disease.

"I learned that it can't be prevented, it is incurable, and most people die within ten years of onset of symptoms," Julie said, "So I was pretty terrified." She continued, "I even contemplated ending my own life. And I think prayer brought me to the point where what I was learning from mainstream medicine wasn't true. I began to believe in this voice that was telling me there was something I could do."

She started searching online for something that might help when she discovered a study conducted by Alzheimer's researcher Dr. Dale Bredesen showing how his personalized approach to addressing the more than forty drivers of Alzheimer's had improved the cognitive abilities in some Alzheimer's patients.

She immediately got on board. After changing her diet and exercise routine, addressing sleep and stress issues as well as hormone imbalances, chronic bacterial infection, and more, she regained her healthy brain and has kept it ever since.

"What he does is identify and address every person's contributor to their symptoms," she explained. "It's just plain old common sense and my experience shows me it works."

Sally Weinrich tells a similar story. As a young person, Sally was all too familiar with Alzheimer's Disease.

"I had two relatives die from it, really three relatives on both sides of my family," she told CBN News. "I knew I was at risk for it. I had a dread for it."

Five years ago, she recognized the symptoms right away.

She considered ending her life rather than go through what she saw her relatives endured. Sally and her husband Martin prayed and recited scripture.

"We claimed, 'All things work together for good for those who love God and are called according to his purpose' and 'I know the plans I have to you. plans to prosper you and not harm you and give you life and hope,'" she said.

Eventually, Martin found information about the Bredesen Protocol online and got Sally on the program. Sally made a number of lifestyle changes similar to the ones Julie undertook, but unlike Julie, Sally needed to focus on getting rid of her exposure to toxic mold. Within months, she says her Alzheimer's turned around.

"I'm very grateful that my husband found the Dr. Bredesen protocol and I had time to start it before it was too advanced for me," she said, "The best thing about my Alzheimer's today is I have answers for it and I have reversed it and it is wonderful. I love life. I enjoy life!"

Over two thousand people are currently on the Bredesen Protocol. In a clinical trial whose results were released in 2021, eighty-four percent of plan participants with mild cognitive impairment experienced improved cognition. Twelve percent continue to decline and four percent showed no change.

"In the people in our trial that we recently published," Dr. Bredesen told CBN News, "They saw an increase in the grey matter in their brain. So you can actually see there's actually improvement not only in their test scores but also in their MRIs."

The first step of the protocol is getting a so-called "cognoscopy" to determine a person's individual risk of cognitive decline. This involves a computer quiz to assess mental capability as well as a number of blood tests to identify which areas a person needs to make changes.

"Often there are ten or more, and then we target those with a sort of precision medicine approach," Dr. Bredesen said.

For most, that involves following a low carbohydrate diet, intermittent fasting, exercise, sleep, eliminating toxic exposures as well as hormone and nutrient balancing, among other things.

"Identifying those things and addressing them is how we see these people surviving so well," said Dr. Bredesen.

People on the plan say it requires a lot of effort and some expense for things like blood tests and supplements. However, people like Sally and Julie say it's better than the alternative.