Omicron Panic Has CDC Urging Boosters for Kids as Young as 12, Panelist Says It's Just 'Whack a Mole' 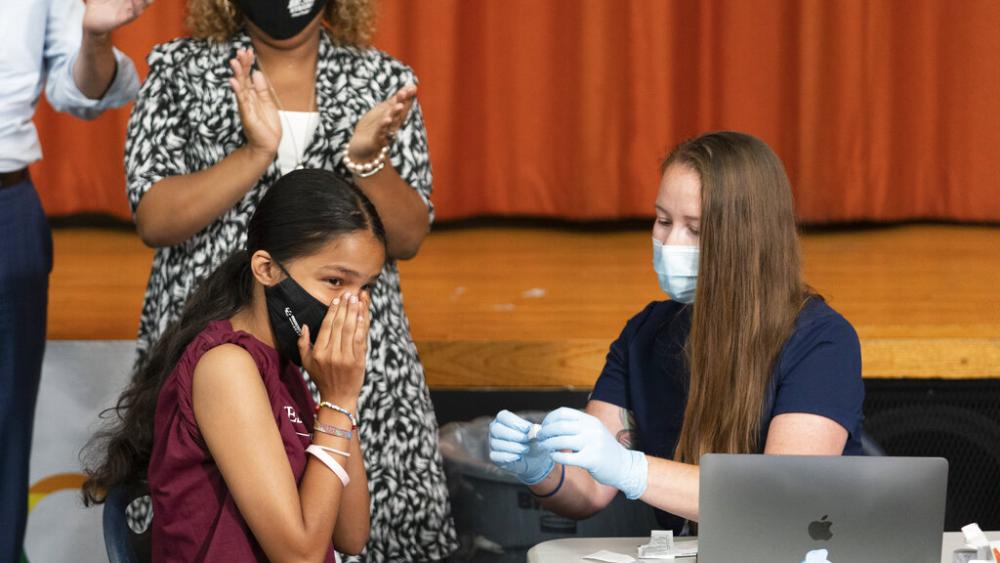 While Omicron is clearly less dangerous than earlier variants, a nationwide spike in cases is closing some schools and has the CDC urging booster shots for children as young as 12.

Hospitals say the Omicron surge has been different because while more health workers are getting sick – leading to staff shortages – most patients aren't as sick as those who came in during the last surge.

But the rapid spread of Omicron has led Chicago school leaders to cancel classes for the second straight day, after the teachers union refused to return to the classroom, citing a lack of testing.

Chicago Teachers Union President Jess Sharkey said, "If you want to get us back into the schools quicker, provide testing."

Chicago Schools CEO Pedro Martinez responded that the district is "trying to be practical for what makes the most sense for our district."

Education Secretary Miguel Cardona insisted that in-person learning is safe. "We have better tools now to keep our schools safe, including mitigation strategies that we know work. They worked before we had vaccines," he said.

The CDC is now recommending not only vaccinations but boosters for children and teens 12 and older, even though young people are considered at minimal risk from COVID.

In a CDC panel discussion, Dr. Sarah Long said, "I think it will allow us to whack a mole for another month or two. But this is not sustainable and it's not smart to think that we have to continue to boost to prevent infection or mildly symptomatic infection."

More than a third of 12 to 17-year-olds have not gotten a first vaccine shot.

Israeli officials are touting a study that claims to show a fivefold jump in antibodies with a fourth Pfizer booster shot. Although some researchers said repeat doses of the same vaccine could dampen the body's immune response.

Meanwhile, tennis star Novak Djokovic, who has not been vaccinated, was told to leave Australia today, following a 10-hour standoff with government officials who rejected his medical exemption, apparently ending his chance to defend his title at the Australian Open.