We All Know the Omicron Variant Is Raging, but What About Hospitalizations? 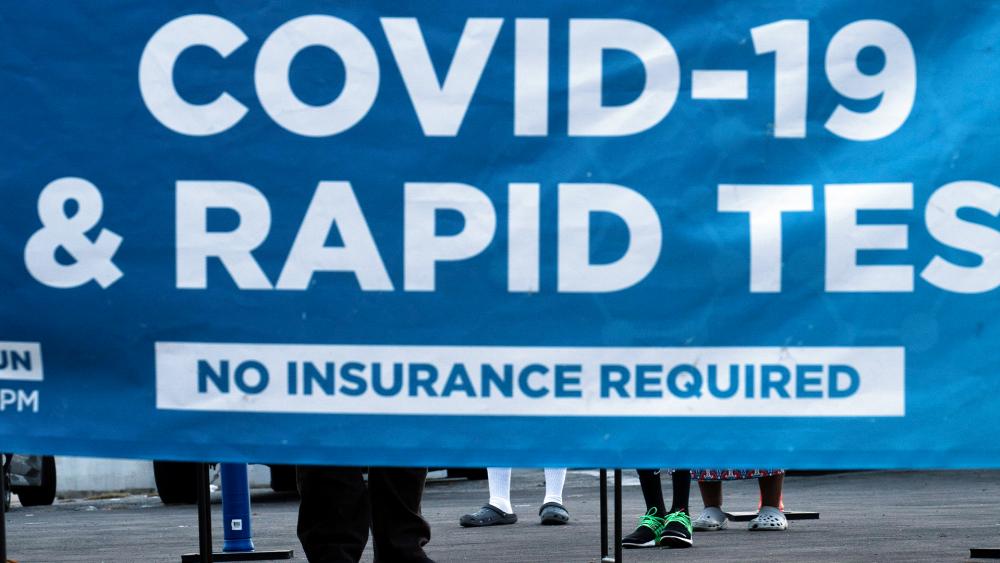 More than 400,000 Americans are now testing positive for COVID-19 every day. The surge after the holiday weekend has shattered all expectations, and it includes a spike in the number of children infected, just as millions of them are returning to schools.

Johns Hopkins University reported a million new cases Monday on its COVID dashboard. The massive spike is, of course, due to the rapid spread of the omicron variant, combined with a backlog of cases not reported over the holiday weekend.

But with more than 400,000 Americans testing positive for COVID-19 every day, that's a 200 percent increase since before Christmas. And it's a new record high that health experts predict will get worse before it gets better.

Currently, more than 100,000 Americans are hospitalized with the virus. While that's up 130 percent from two months ago, the peak was 137,000 set one year ago. Right now, 17 percent or roughly 18,000 of those hospitalized are in the I.C.U., but deaths, which are a lagging indicator, are down about 3 percent since two weeks ago.

Children's hospitalizations are up 66 percent over the week before: 378 were admitted last week, which the CDC says is a new pandemic record.

One of those youngsters is Sarah Barlow's two-year-old daughter. "The high fever came in waves. It can get bad. It's not just a simple cold for everybody," she explained.

The FDA on Monday authorized booster shots for 12 to 15-year-olds just as most kids head back to the classroom despite the surge in cases.

Ashish Jha, M.D., the dean of Brown University's School of Public Health, said, "I think it's safe for them to do so. There's a lot schools can do to keep infection numbers lower: improve ventilation, have kids and adults masking, vaccinate everybody who's eligible."

Some school districts like Atlanta, Milwaukee and Newark are going back to distance learning for now.

U.S. Education Secretary Miguel Cardona said, "Superintendents today are getting phone calls learning that some of their schools may have five to ten percent of their staff not available due to COVID-19."