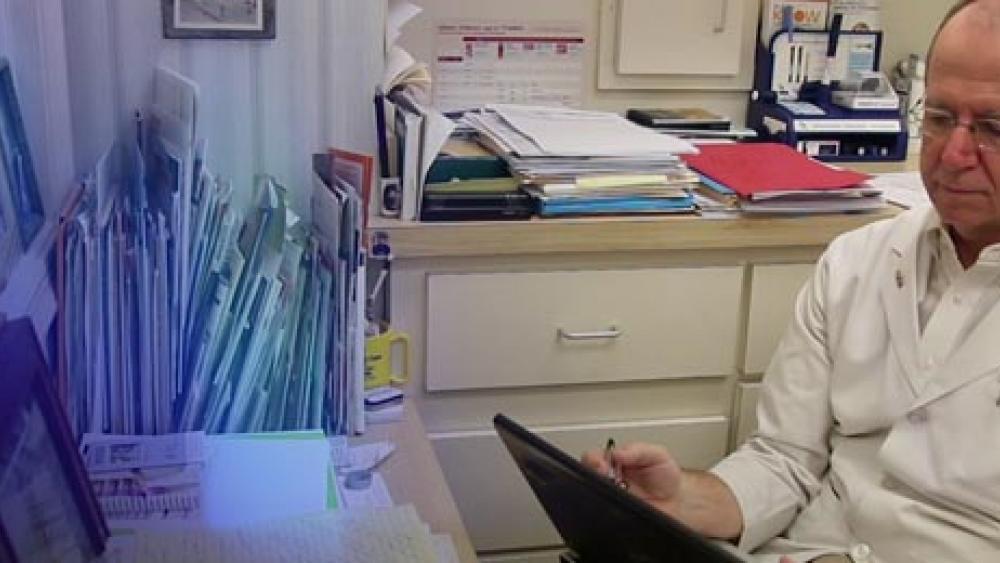 FARMVILLE, Va. -- The small town of Farmville, Virginia, only has two private practitioners, or what we used to know as family doctors.

One of them, Dr. Lawrence Varner, is considering closing his doors after more than 20 years of service.

"If anyone finished medical school now and had the least thoughts of opening a solo practice, they would be absolutely insane, there's just no way," Varner said in a recent interview with CBN News.

Thanks to increased pressure from the government, Medicare, and insurance companies, Varner said he no longer recognizes the practice of medicine.

"I started when things were good, when physicians were physicians and they could do what they thought was best for the patient and not having to crawl and beg to insurance companies to get certain tests approved, certain medicines approved," he explained.

Government intervention into the healthcare system was supposed to improve patient care. Instead, many doctors say they feel more like clerks, stuck behind their computers instead of taking care of patients.

One example of that government intervention is Electronic Medical Records, or EMR. As part of the 2009 Economic Stimulus Package, physicians received incentives to convince them to buy into EMR.

The system promised to make their lives easier. But according to Varner's wife, Linda, it's done the exact opposite.

"Overhead is through the roof now because it requires more people to do it -- and the more requirements they have," she said. "And they said it would be paperless and we're buying more paper then ever and it's just backfired."

Time put in at the office seems endless, as do the sacrifices to keep the practice running.

"Family -- our youngest, he's 19 but he's still home a lot -- and he's like, 'I'm home but I'm not really home because ya'll physically are there but we're still working,'" Linda said.

An increasing number of doctors are closing their doors on private practice. Others are being acquired by hospitals in an effort to combat their loss of revenue.

Four years ago, Dr. Varner tried the route of becoming an employed physician. He laid out two conditions: First, that he continue working in the building he owns and second, that his daughter continue on as one of his nurses.

"At the end of two years they decided they wanted to move me," Varner said. "They would not honor the commitment to the office building. Then a month after they told me that, they came and said my daughter could no longer work here."

After the three-year contract was up, Varner went back into private practice where things had only gotten worse during his years working for the hospital.

For the Love of the Job

So why not just close the doors? Varner said it's a mix of refusing to be pushed around and a love for his patients, patients who love him back.

Ray Fawcett is one of those patients. He's been a patient of Dr. Varner's for 25 years and he can't imagine finding another doctor now.

Regardless of the intentions of the administration, the results in the medical world are disturbing. Dr. Varner's message to the government: Stop being the problem.

"I've got the computer system, I've got the EMR, let me use it in a way that suits my practice and my patients," he said."And not because of some rules and regulations that someone that doesn't have a clue regarding patient care has decided that we need to meet. That would be a big huge step."