America's Space Program in a Black Hole - Or Is It? 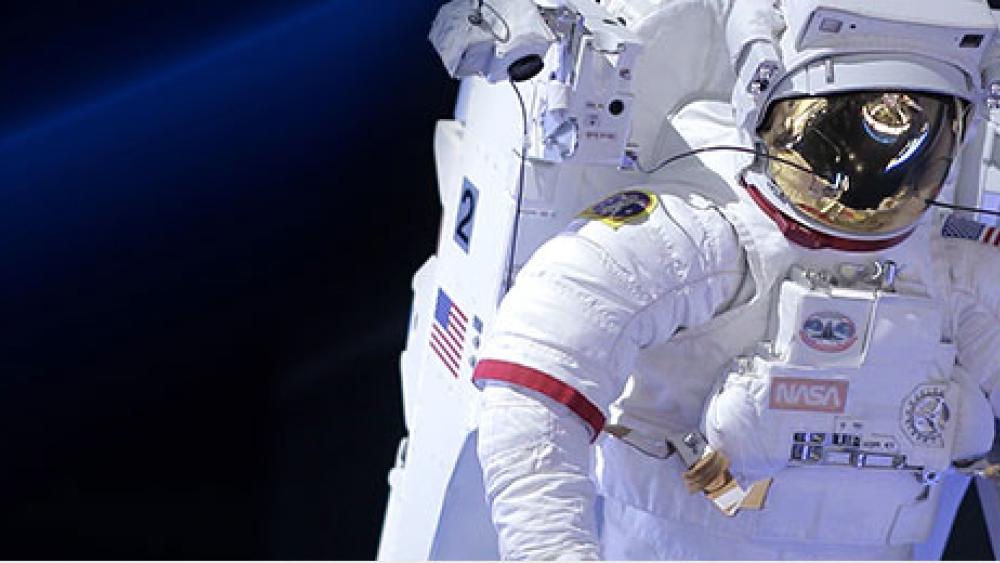 CAPE CANAVERAL, Fla. -- The United States sure is a different country today than it was decades ago. Besides our deteriorating culture, America's space program seems to be sagging as well.

But is hope on the horizon?

In 1969, America won the space race by putting men on the moon and it put the United States on top of worldwide technology for decades.

Now, almost 50 years later, American astronauts depend on Russia, of all countries, to get us back into space.

"It should be seen as a pretty big scandal, that after all the billions we spend every year we're currently sending Americans into space on Russian rockets," Gingrich told CBN News. "We literally could not get an American into space on an American vehicle now."

What began as Gemini and Apollo led to NASA's Space Shuttle program, which survived the Challenger and Columbia explosions to send 300 astronauts into space over three decades.

Now, the United States teams up with other countries to run the International Space Station. But it's Russian spacecraft getting astronauts there.

Factors, including lack of vision, money, and public support led to America falling behind other countries. But NASA employees, like Andrea Farmer, remain steadfast.

"That vision has changed," she said. "It's expanded throughout the years and there are different reasons for it, whether it's economic or political. But at the end of the day NASA's about exploring."

It also has become about something else: government red tape.

"We know how bureaucracies that are so desperate to avoid failure that they both limit the risks they take and they take far too long to study what's going on, as though they can anticipate every problem. It's a big problem for us," Gingrich said.

Meanwhile, NASA maintains the book is nowhere near closed on the space program. They're just tuning up for another big splash, and it includes a mission to Mars.

With that in mind, NASA launched the unmanned Orion vehicle into space. Its December mission proved successful -- a test run, if you will, before NASA attempts to send astronauts to Mars sometime in the next decade.

"The ultimate goal is to send humans to Mars and return them safely," Jason Hopkins, a flight test integration manager for NASA, said.

"Once we send someone beyond low Earth orbit again back to lunar space or an asteroid, or eventually to Mars, we will continue to invigorate this country and show that we are still the leaders in space exploration," he said.

NASA will get financial backing as President Barack Obama's current budget does not cut its funding. That means we may soon see a robotic spacecraft capture an asteroid and bring it close to the moon so astronauts can eventually explore it.

It also clears the way for private companies like Boeing to continue partnering with NASA to build spacecraft that could resume taking Americans to the International Space Station instead of the Russians.

Looking to the Next Generation

It's bringing back a lost excitement, and Gingrich would like to see young Americans embrace the future potential.

"We should be saying to 14-, 15- and 16-year-olds, 'Go into engineering, go into astronautics, go into aeronautics. Learn how to do the things that will make you one of the great pioneers of this generation. We should be arousing a generation of excited explorers,'" Gingrich said.

Right now, it's not just NASA exploring new horizons. Private companies like Virgin Galactic are also hard at work, designing and testing rockets to take average Americans up into space.

Gingrich, meanwhile, brings an even bolder idea to the table. How about using cold, hard cash to reward people for breaking new ground?

There's precedent for it.

Aviator Charles Lindbergh took home $25,000 for the first non-stop flight across the Atlantic in his Spirit of St. Louis.

"If we had a billion dollar prize for the first vehicle to take people to the moon and keep them there for say 60 days, you would have lots of people. The guys who currently buy football teams would buy competition in space," Gingrich said.

It makes for a fascinating new challenge as America looks to once again explore uncharted territory.