Starving for Control: 'I Was Killing Myself' 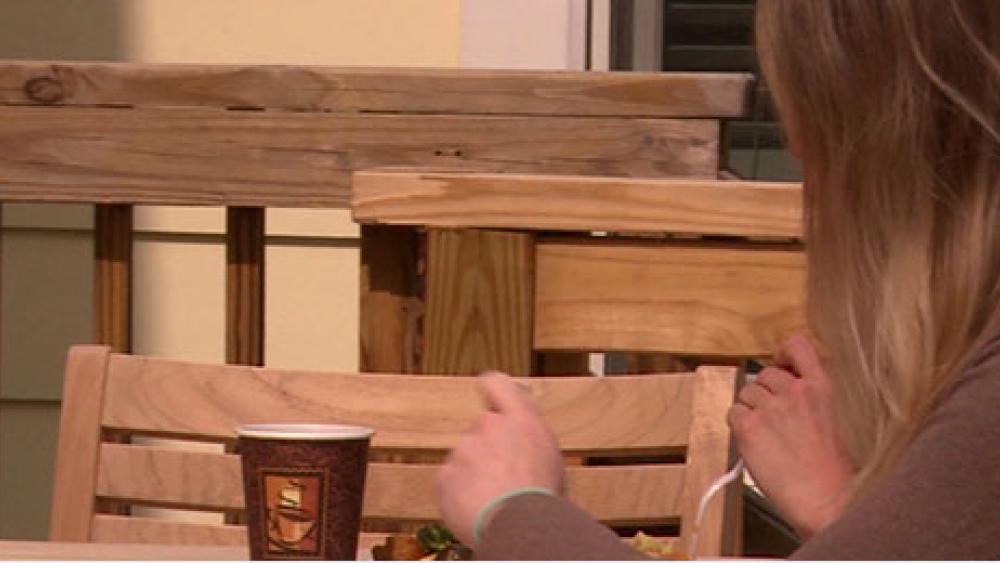 DURHAM, NC -- Millions of Americans live with and hide eating disorders that threaten their physical and mental health. Doctors estimate almost 5 percent of teenage girls suffer from this problem, and their families often have no idea.

For 15 years, McCall Dempsey appeared to be the picture of success. But she was hiding a dangerous eating disorder.

"All the while nobody knew that behind closed doors I was really killing myself to try to find some comfort in finding perfection and shrinking my body into trying to be this perfect size," she said.

Eating disorders are things like starving yourself, making yourself vomit after eating, over-exercising, and abusing laxatives and diet pills.

McCall did all of the above.

"I'll never forget the nights when I would lay on the floor in cold sweats. And I remember looking in the mirror and I was just gray," she said.

"We see a lot of young people, even as young as 14 or 16, who have heart attacks and serious heart problems, where they have to have pacemakers put in," she said.

"We're going to see a lot of problems with throat and esophagus and teeth," Holcomb explained. "That's because they bring acid back up into their mouth that causes damage to the teeth. As a matter of fact, one of the first people to recognize bulimia is a dentist."

In addition to tooth damage, there are other warning signs, such as a preoccupation with weight. McCall remembered what it was like for her.

"Your whole world is consumed by food and body. It is all you can think of. And that's not living," she said.

Other signals to watch for include going to the bathroom immediately after eating, large amounts of food missing and excuses not to eat. McCall devised a way of hiding her secret from her friends and relatives.

Even though people with eating disorders usually try to conceal their problem, oftentimes family members discover their secret and recommend the person get treatment.

The first step usually is the family doctor, who often advises getting treatment from a professional eating disorders counselor, either out-patient, or if the situation warrants, a more intensive therapeutic avenue like Carolina House, where guests stay around-the-clock.

Most people stay at Carolina House for about 45 days. The first phase involves eating the right amount of nutritious food until they're healthy enough to move on to phase two.

Many of the people who are treated at Carolina House are malnourished when they arrive. Therefore, it takes some time to get their bodies and minds strong again.

Residents are closely monitored to make sure they don't bring any food, laxatives, or diet pills into the center. Once inside, they are forbidden from over-exercising.

Also, staffers accompany them to the restroom to prevent the guests from purging.

Holcomb says the longer people have been engaging in eating disorder behavior, the more crucial it is for them to have 24/7 help breaking their bad habits.

"When someone has been purging and vomiting their food for a long time, it's very hard to sit with food in their stomach," she explained. "It's actually painful."

Once the Carolina House residents are healthy enough, mind and body, they deal with the root cause of their problem.

"What the eating disorder often is for a lot of people is a way to have some control in their life," Burnell said. "Because of other situations, be it life changes, family events, things like that, they feel like they lose control. So this feels like they can gain some sense of control by controlling what they eat, controlling what they don't eat."

Mental health professionals are available at Carolina House around-the-clock to help patients learn appropriate ways to cope with the trials in their lives.

"I don't have to be perfect any more," she concluded.

She went on to say she's grateful for what she learned at Carolina House and wished more people who suffer the way she did would have similar breakthroughs.

"So many people are going undiagnosed and untreated. And no one deserves to live a life like that," she said.

Part of the treatment at Carolina House involves relating to food in a completely new way. The dieticians teach the residents which foods strengthen the body and mind.

They also instruct about what normal portions look like. They give lessons on cooking and preparing meals so when people leave Carolina House, they are equipped to deal with food appropriately on their own.

Burnell said this is not an easy task.

"To them it feels like I'm taking control away from them because I'm going to tell them, 'Okay, this is what you need to eat. These are the portions you need to be eating,'" she explained.

"And they feel like, 'Oh my gosh, you're taking my control. That's the only thing I have,'" she continued. "So we're empowering them to learn what their body needs, learn the choices that they need to be making, and learn to take that back for themselves."

Most of all, residents learn how to free their minds from their food obsession and to start thinking about other things.

"It was like I found a brand new me, and now I live every day in that awesome place," she said.

Like many other mental conditions, people with eating disorders face the risk of relapse. The key is learning to recognize those dangerous behaviors early enough to correct them before losing control.