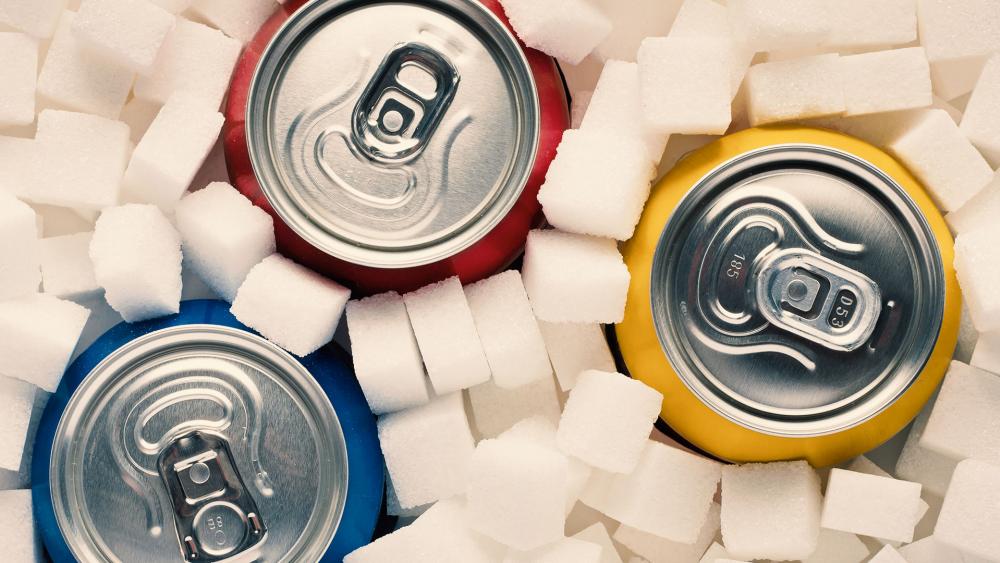 Scientists believe two-thirds of all cancers are caused by bad choices such as smoking, tanning beds, not exercising and the granddaddy of them all: a poor diet.

When it comes to diet, one of the worst types is one high in sugar. In fact, scientists are increasingly discovering a dramatic link between sugar and cancer.

A clear relationship between sugar and cancer leads scientists to two conclusions: sugar use contributes to cancer, and going without it can slow the growth of the disease.

One hundred years ago, the average person consumed just four pounds of sugar a year. Now, most of us take in 40 times this amount -- 160 pounds a year.

Food manufacturers add enormous amounts of sugar, often in the form of high fructose corn syrup, to products we consume all day, every day, such as coffee drinks and cereal, soda and snacks -- even foods you wouldn't expect, like spaghetti sauce and peanut butter.

For instance, a tiny container of fruit-on-the-bottom yogurt has more sugar than a candy bar.

Now scientists tell us sugar directly influences cancer cells. The amount we consume can either feed those cells or starve them.

In a study conducted at the University of Texas MD Anderson Cancer Center, researchers fed mice diets high in sugar and observed they had a higher incidence in breast and lung cancer.

"We determined that it was specifically fructose, in table sugar and high-fructose corn syrup, ubiquitous within our food system, which was responsible for facilitating lung metastasis and 12-HETE production in breast tumors," co-author Dr. Lorenzo Cohen, professor of Palliative, Rehabilitation, and Integrative Medicine, said.

"We found that sucrose intake in mice comparable to levels of Western diets led to increased tumor growth and metastasis, when compared to a non-sugar starch diet," Dr. Peiying Yang, assistant professor of Palliative, Rehabilitation, and Integrative Medicine, said.

The study suggests a diet high in sugar can contribute to the formation of cancer. It also suggests that diet can make a difference in the treatment of a person who has already been diagnosed with cancer.

In 2012 he received what amounted to a death sentence, but four years later he told CBN News about the changes he made that had given him a new lease on life.

"The doctors gave me three months to live because of widespread metastatic cancer in my skeletal structure," Hatfield said. "Three months. Three different doctors told me that same thing."

His wife Gloria recalls getting the news.

"It's a horrible, horrible feeling to have someone tell you that the person you love only has three months to live and you're not going to be with him anymore," she said.

Then Hatfield heard about a low-sugar diet, called the ketogenic diet, believed to slow cancer in some people. With nothing to lose, he gave it a try, and to his astonishment, it worked.

"And the cancer was gone," he said. "Completely."

"We have dramatically increased survival with metabolic therapy," he told CBN News. "So we think it's important to get this information out."

And it's not just lab animals. D'Agostino has seen similar results in humans.

"I've been in correspondence with a number of people and all of them are still alive, despite the odds," he said. "So this is very encouraging."

The ketogenic diet means no sugar and no starchy carbohydrates like bread and pasta, which convert to sugar. D'Agostino says cancer cells love sugar and starch because cancer thrives on the glucose from those foods.

Conversely, removing the glucose results in starvation for the cancer cells. Glucose also fuels our healthy cells, but if it's not there, those cells can switch to an alternate fuel source called ketone bodies.

Cancer cells only run on glucose. D'Agostino says the deficiency in cancer cells can be used to defeat them.

Since processed food contains so much sugar and starch, people following the ketogenic diet tend to cook whole foods at home from scratch.

Gloria said switching to the ketogenic diet was easy.

"You can go online and there's cookbooks. It's clean eating, just very clean eating. None of the sugars, salts, the trash food, " she said.

When it comes to cancer, sugar is considered public enemy number one. Avoiding it could lead to prevention or slowing it down in people fighting the disease.