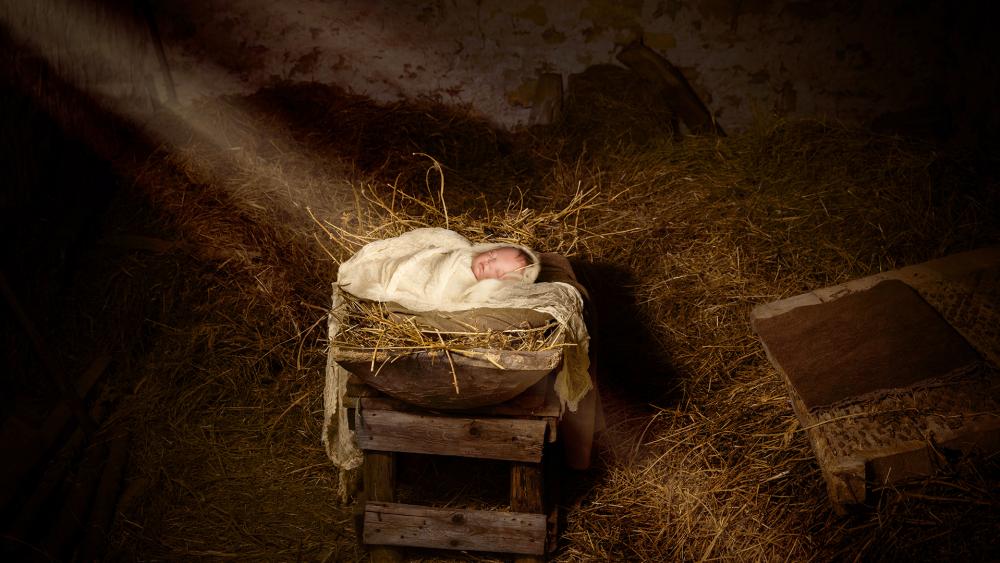 CBN News combined the music of this hymn, played by renowned violinist Maurice Sklar, with an explanation of the background and meaning of the song from Claire Phann, dean of Academic Affairs at University of the Holy Land.

Phann said that most people don't realize that this hymn was composed to be an Advent song, not a Christmas carol.

"The hymn was originally taken from a series of sayings that we call antiphons," she explained. "An antiphon is a saying or an acclimation that is made before the reading of a psalm or a canticle. And each one is based on the titles of the Messiah found in the Old Testament."

'O Come, O Come Emmanuel and ransom captive Israel ' - Emmanuel, of course, is the title given to the Messiah in Isaiah, chapter 7, where Isaiah prophesies that a virgin shall conceive and bear a son and will call His name Emmanuel. The Gospel of Matthew applies this very scripture to Jesus at His birth," Phann explained.

"Another one of the titles applied to the Messiah that is adapted into the song is the Rod of Jesse.  'O Come thou Rod of Jesse, come,' she said.

The Rod of Jesse, Phann noted, is referenced in chapter 11 of Isaiah.

"The Rod of Jesse refers, of course, to the kingship, to the ruling," she said. "Jesse was the father of David. And so when we sing of the Rod of Jesse we're singing of the descendant of David, the Messiah, Jesus."

"One of the verses of 'O Come, O Come Emmanuel' calls for the Dayspring from on high to arise. 'O Come thou Dayspring, come and share our hearts,'" she said.

"The Dayspring refers to Malachi, chapter 4, where we read that the Son of Righteousness shall rise with healing in His wings," Phann explained.

"This verse does not refer so much to the kingship of the Messiah but it refers to His tenderness, to His personal-ness, to His compassion to those who are weary, for those who suffer and toil - crying out that the Dayspring, the Son of Righteousness will come with healing not only for our bodies but for our hearts, our souls, and our spirits," she said.

Phann noted that many of the titles used in the hymn "O Come, O Come, Emmanuel" come from the book of Isaiah.

"It speaks of that opening, that passage, that freedom of access that is echoed in the Book of Revelation when Jesus gives the Key of David, which opens doors that no man can shut," she told CBN News.

"Another very beautiful theme that is touched on in the hymn is when they refer to the Messiah as the Lord of Might," Phann continued.

"The Lord of Might of course comes from Isaiah when it speaks in Isaiah, chapter 11 that upon Him will rest the Spirit of counsel and wisdom and might and understanding," she said.

Anticipation of His Coming

"The song 'O Come, O Come, Emmanuel' is evoking that longing and expectation that we have," Phann said. "We celebrate that Jesus has already come. But we know that something is not yet complete."

"So it's a very beautiful song because it has an echo of the past but a tremendous anticipation of that glorious coming when the Rod of Jesse, the Key of David, the One Who is Almighty, God with Us, will establish His Kingdom on earth," she continued.

"Today He cries out for the salvation of each human being," she said. "Today is the day of salvation. We don't have to wait until tomorrow. We can celebrate Emmanuel, God with us, today."