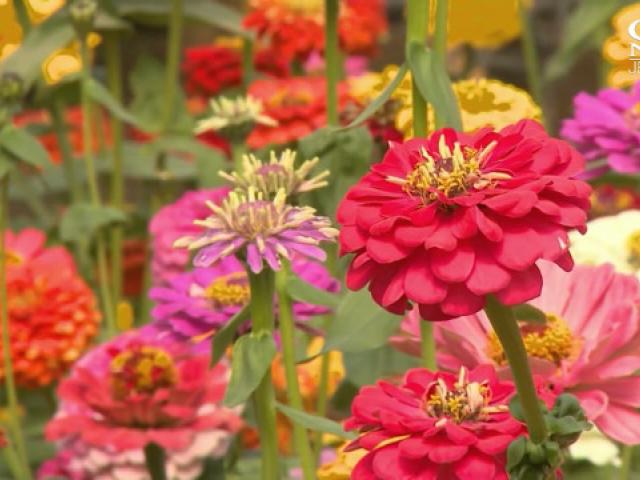 ARAVA DESERT -- Farming in the desert is about battling the elements -- a harsh climate, little water, and poor soil.

When many Jewish people returned to the Promised Land in 1800s it was dry and barren. Today more than half of Israel is still desert.

But as the Bible says, Israelis are finding unique ways to make the desert bloom and prosper.

"We are not the first but maybe one of the first nations ever who really found the way to cultivate the desert and make it bloom," said Alon Badihi, executive director of the Jewish National Fund.

JNF has developed and forested the land of Israel for more than 100 years.

Israeli farmers at Moshav Hatzeva and several other communities in the Central Arava Desert are taking on the challenge by finding new ways to grow better quality produce and increase their harvest in the desert.

Located along the Jordanian border, the Arava Desert gets about an inch of rain a year. And believe it or not, local farmers use that to their advantage.

"From here to Europe the distance is so short. It's a natural market for Israel," Badihi told CBN News. "We are here ahead of everybody because of the weather."

Despite the conditions, 500 farming families here produce 60 percent of Israel's fresh vegetable exports and 10 percent of its cut flower market.

The center helps find alternative crops to improve the farmers harvests in the Arava.

"We've got new ideas, new production, for example this small round pepper," she said, holding a yellow pepper about the size of a plum.

"We call it "Tweetie" -- that's the name of the variety -- "Tweetie," -- round pepper. That's another option for the farmers to grow," she said.

Each year hundreds of people in the agriculture business visit a giant exhibition at Moshav Hatzeva to learn about experiments and technology.

"Each plant has an optimal temperature that it performs in that range," Wachtel explained.

Water pipes run along the roots bringing cool water in summer and warmer water in winter, he explained.

"When you keep that root at that certain range and you prevent the fluctuations of day and night temperature and summer and winter, then the plant performs wonderfully and produce more yield and a better quality and the [growing] cycle is also shorter," Wachtel said.