Can Christians, Jews and Muslims Be Friends? 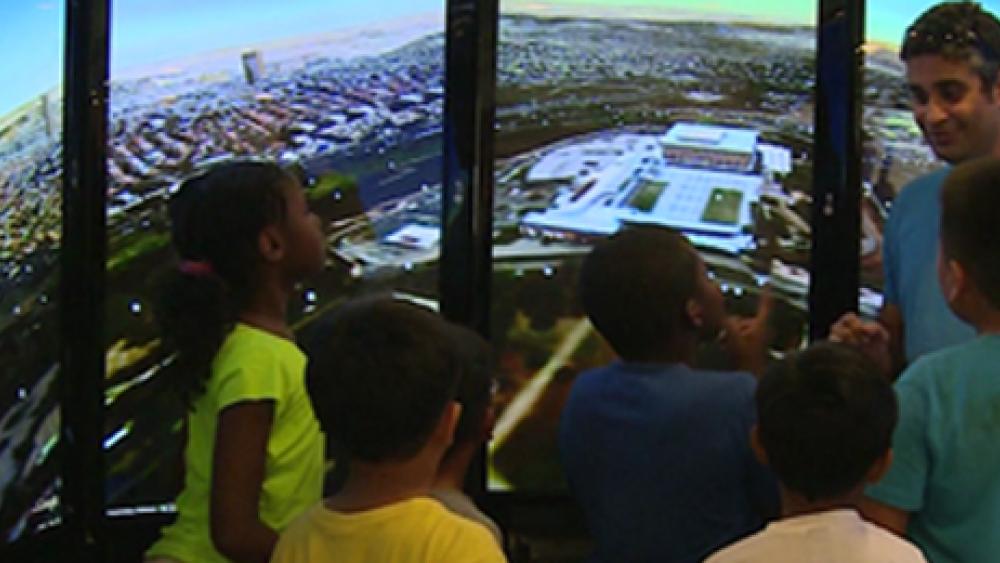 TEL AVIV -- It's hard to believe that Jews, Muslims and Christians can be friends given their long complicated history. But they can and they are at Bialik-Rogozin, a Tel Aviv public school with 900 students from 51 countries.

"It's not every day you're seeing Arabic kids with Philippine kids going inside the gate together," Tomer Angel, a teacher at the school, said. "You don't have any violence. You don't hate because everyone here respects each other."

"During Christmastime we have the Christmas tree, the hanukkiya which is the light for the Jewish and the lamb of the Muslim," Eli Nechama, principal of Bialik-Rogozin, said.

The school is located in a neighborhood full of castoffs, immigrants and those struggling to make ends meet. Many of the school's children have seen unimaginable horrors - things that would break even the strongest adult.

"We have kids who are refugees. They came all the way in the dessert. They moved from country to country for 3 to 4 years. They saw their parents killed just in front of their eyes. A kid that comes sometimes doesn't have anyone in the world," Nechama said.

A documentary about the school won an Oscar back in 2011. The movie took a look at the lives of several students attending the school.

Watch a clip from the movie Strangers No More. In 2010, the movie won an Academy Award for Best Documentary (Short Subject).

It also highlighted the teachers, social workers and therapists who help the students adjust to their new lives.

The school wants to make sure students stay connected to their cultures.

"As an immigrant, they want to throw away all of the symbols and all the traditions and they want to be considered as Israelis. They're ashamed of their origin countries," Nechama said.

The school works hard to make sure love, acceptance and respect is fostered.

"Racism is not a privilege of Jewish or Muslims. It is something that is built up in human nature. We are working all the time against it," he said.

Most schools in Israel close their doors at 3 in the afternoon. But Bialik-Rogozin stays open from 7:30 a.m. to 7:30 p.m. so the parents can learn and participate, too.

"When I came to the school and he approached me -- Mr. Nechama, he wanted to have a choir with different nationalities. So I thought of it, so I spoke with my friends and they also loved the idea," Heleen, a South African mom whose child attends the school, said.

"So we created this choir - the Mamas and the Papas -- and we became a family," she said.

Empowering the girls takes a special priority at Bialik-Rogozin.

"Most of them come from very, very low belief in their abilities and very low self-image," Nechama said.

None of this would be possible without the many volunteers, like Tomer Angel. Angel has given his time freely for the last seven years. He knows each student by name.

"I'm attached to the school. It's like a second home to me. Every kid needs to know his family, so I know all of my family," Tomer said.

More Than a Job

Tomer's last day at the school has finally arrived. He's says he'll take many lessons away from his time there.

"I'll still come back to visit. It's still home to me," he added.

And many of the volunteers CBN News spoke with felt the same way.

"This impacted me very strongly," Samar said. "I used to be a counselor in a youth movement before I came to volunteer here, but I've never felt a connection with some kids and it impacted my way of thinking. It changes things."

Working here is more than a job.

"I'm privileged to run this place," Nechama said. "It's shown the beautiful face of Israel and Judaism and this is the nice place that I want to see Israel. This is the face of Israel that I believe."

It's something they teach every day.

"The idea is to give them a box of tools that they can carry for life. This is why we are lucky 'cause we are blessed to be able to give and give and give. We do it with love," Nechama said.