JERUSALEM, Israel  A team of Hebrew University archaeologists discovered a royal seal belonging to King Hezekiah, who reigned in Jerusalem during First Temple times, some 2,700 years ago.

Archaeologists discovered the seal, called a bulla, at the Ophel excavations at the foot of the Temple Mount's southern wall. It's a significant discovery.

"This is the first time that a seal impression of an Israelite or Judean king has ever come to light in a scientific archaeological excavation," said renown Israeli archaeologist Dr. Eilat Mazar, director of the City of David and Ophel excavations.

"The bulla was discovered in a refuse dump dated to the time of King Hezekiah or shortly after and originated in the royal building that stood next to it and appears to have been used to store foodstuffs," Hebrew University said in its press release.

"The bulla was found together with 33 additional bullae imprinted from other seals, some bearing Hebrew names, their reverse showing marks of coarse fabric and thick cords that probably sealed sacks containing foodstuffs," the statement read.

The Hebrew inscription on the seal, or bulla, reads "Belonging to Hezekiah [son of] Ahaz king of Judah."

Hezekiah, whose name in Hebrew means "God has strengthened," was 25 when he began his 29-year reign in Jerusalem. He is remembered as a resourceful and godly king who repaired the doors of the Temple and led the people to reverence God and obey His commandments.

"And Hezekiah received the letter from the hand of the messengers and read it; and Hezekiah went up to the house of the Lord and spread it before the Lord. Then Hezekiah prayed before the Lord and said, "O Lord God of Israel, the One who dwells between the cherubim, You are God, You alone, of all the kingdoms of the earth. You have made heaven and earth. Incline Your ear, O Lord, and hear; open Your eyes, O Lord, and see and hear the words of Sennacherib, which he has sent to reproach the living God." (2 Kings 19:14-16) 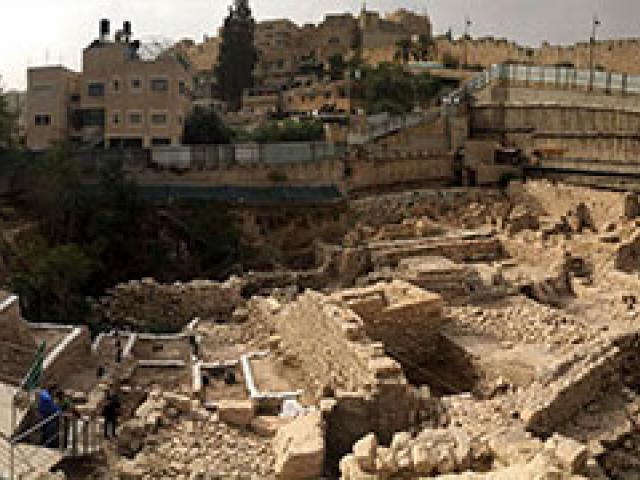