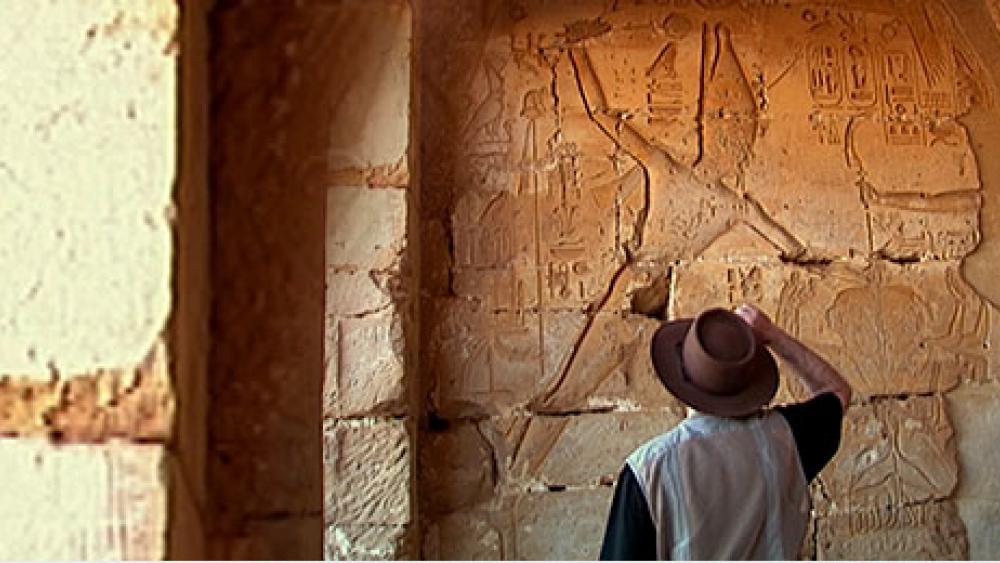 JERUSALEM, Israel -- More than a decade ago, filmmaker Tim Mahoney began investigating one of the Bible's most well-known stories, the Exodus from Egypt.

Mahoney's journey led to a personal faith crisis and the award-winning documentary, "Patterns of Evidence: the Exodus."

Some are calling the film a "game changer."

According to the book of Exodus, Moses led the children of Israel out of Egypt and into the wilderness, where they journeyed for 40 years. Following his death, Joshua led the Israelites into the Promised Land, near Jericho.

Some believe it's all just a fable, but others say this new documentary provides evidence that demands a verdict.

Mahoney's research into the Exodus and the odyssey that followed produced startling results.

"So I actually went to the location where the events were supposed to happen in Goshen, in the eastern Delta, and went to the archaeological sites. And that's what I was told, that there was no evidence for the Exodus," Mahoney told CBN News.

The film proposes that when you get the timing right, archaeology matches history.

"Six steps in the right sequence and we match the story of the Bible in all the steps and show evidence for the Bible that people have never seen before," Mahoney said.

"The whole thing from the beginning of Mesogenan in Egypt, the slavery, Moses in the Exodus, the conquest of the Promised Land, it's all there in one neat line, but it's way too early," Egyptologist and author David Rohl said.

"You look for a collapse in Egyptian civilization and that's where you find Moses and the Exodus," Rohl explained.

"When you put those cities side by side, the biblical account and the archaeology match extremely well," Dr. John Bimson, a tutor in Old Testament at Trinity College in Bristol, England, concluded.

"What I started to see was there is this idea that Rameses is the pharaoh of the Exodus, and I think that happens in a particular time of history," he explained. "And when everyone looks at that particular time they're actually correct that there is no evidence for the Exodus."

"But other archaeologists and Egyptologists said, 'Wait a minute, there are evidences that are earlier than Rameses that match this story,'" he continued.

The film presents both sides of the archaeological argument as to whether the Exodus actually happened.

"I hate to disappoint people, but we have no evidence of a mass migration of people from one people coming into another country," University of Haifa archaeologist Norma Franklin states in the film. "I don't believe there was a single event that we can call the Exodus."

Egyptologist Maarten Raven, curator of the Leiden Museum in the Netherlands, also doubts the biblical account.

"This person [Moses] could not have seen all this. He imagined it," Raven asserted in the film.

And Tel Aviv University archaeologist Israel Finkelstein concludes "[The] Exodus did not happen in the way that it is described in the text."

But Mahoney believes the film's authenticity is strengthened by presenting both sides of the argument.

"We would show these films to people who had no understanding or interest in the story," Mahoney said. "Even atheists saw it and what they said was, 'Wow, I love this film. I love this approach.'"

"One atheist wrote, 'Well, I guess you did prove that this event might have happened, but that doesn't mean there were any miracles," he added.

Manhoney said the film is a powerful tool to reach skeptics.

"If you've got family members that [sic] don't believe in God or you have people that [sic] are suspicious or want a scientific approach, this film gives you that type of opportunity to have those kinds of conversations, which I think is the best you could ever hope for," Mahoney said.

"It's one of the most neutral and most intriguing types of films that allow you to have that opportunity," he added.

The film challenges a powerful notion that the Bible isn't true.

"Well one of the most important things is that up until now -- for the last 50, 60, 70 years -- people have been very critical of the Bible, and they said there just is no evidence," Mahoney said.

"And if the story of the Exodus isn't true, then what Jesus Christ saidabout Moses and the Exodus and what the Apostle Paul said -- then those statements are false," he continued. "Because if there was no Exodus, then it starts to collapse the whole story."

"The whole Bible has a foundation in the story of the Exodus. What this film does -- which I believe it's profound -- is that it actually shows where the pattern of evidence is," Mahoney said. "And that I think has never been done before."