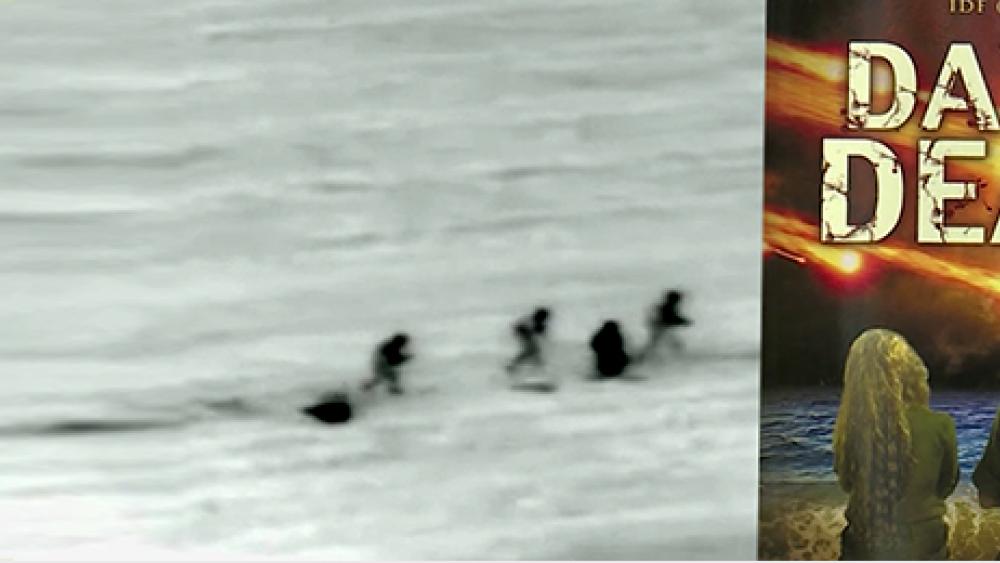 JERUSALEM, Israel -- During the war with Israel last summer, Hamas dug tunnels under the Israel's border to kill, kidnap, and terrorize Israelis. Now, a new thriller warns that ISIS could use those same tactics to strike America.

During the 50-day war, Hamas terrorists used an intricate series of tunnels to carry out sneak attacks. While IDF soldiers stopped those attacks, the tunnels shocked most Israelis to the core.

At the time, CBN News chronicled the scope and size of the underground maze.

A Real 'Day of the Dead'

The terror tunnels are designed to infiltrate Israeli communities close to the border with Gaza, which is about a mile away.

Some of the tunnels are more than a mile long and 60 feet deep, with multiple exits. Clearly Hamas has been planning the tactic for a long time.

The Israel Defense Forces destroyed many of the tunnels, but the frightening memory remains.

Dan Gordon, a veteran of six Israeli wars, talked about their effectiveness.

"I can't imagine anything more terrifying for the people who live there than suddenly the earth opens up. It's almost a scene out of a grade-B zombie movie, and the walking dead come out, except they're not dead," Gordon told CBN News.

"I've been a soldier now for 40 years, which is a long time, and the most terrifying thing that I've ever seen is the advent of the terrorist tunnel attacks that happened last summer," he said.

Now, a year later, Gordon, an Israeli-American, has written Day of the Dead, a thriller about those tunnels, which he says should be a wakeup call to America.

"The country that is most vulnerable to that attack is my other homeland, the United States of America -- far more vulnerable because there are terrorist tunnels that exist already," Gordon explained.

"They're called drug-smuggling tunnels, and they run from part of Mexico into California, to Arizona and to Texas," he said.

A former FBI agent recently warned that those tunnels could be used as an underground highway for ISIS. Gordon says the drug tunnels could make an unholy alliance between ISIS and the Mexican drug cartels.

"They don't even have to dig them; they just have to rent them from Mexican drug cartels," he continued. "They have billions of dollars; that's a language all the drug cartels understand."

"They watched what Hamas did. They saw why it failed. They know how it can succeed," he continued. "What people don't realize is the Middle East for ISIS is their R&D lab, their Silicon Valley, to what they want to do in the United States."

"The reason the United States is so vulnerable to that [is] we don't have the surveillance over that border like Israel does. We don't have our most elite military units on constant patrol on the U.S. Mexican border," he explained.

"If you want to talk about juicy targets for ISIS -- San Diego; half the Pacific fleet is anchored in San Diego," he said.

Inside the Terrorist's Mind

As an author, Gordon also wrote the book to entertain. One reviewer said he gets into the mind of a terrorist like no one since Tom Clancy.

But Gordon said Day of the Dead has things Clancy never included in his thrillers.

"It's a big Tom Clancy -- wonderful, international espionage -- great read! It's the first book that I know of that has a born-again Christian female graduate of Liberty University-- female James Bond at the heart of the book. At the heart of that book, the other is faith," he said.

"At the heart of that book is something that you and I both experience together, which is that you may think that you're in control but the One who is control at all times is the Almighty," he said.

Gordon refutes the idea he's giving ideas to ISIS. He said he's pointing out they've already got the blueprints. He said the United States needs to wake up to this clear and present danger.

"I guarantee there are people right from ISIS now examining U.S. cities," he said. "And like any military, there are a number of young, hot commanders who are saying, 'I have a great idea' and who are presenting their plans to the general staff of ISIS,"