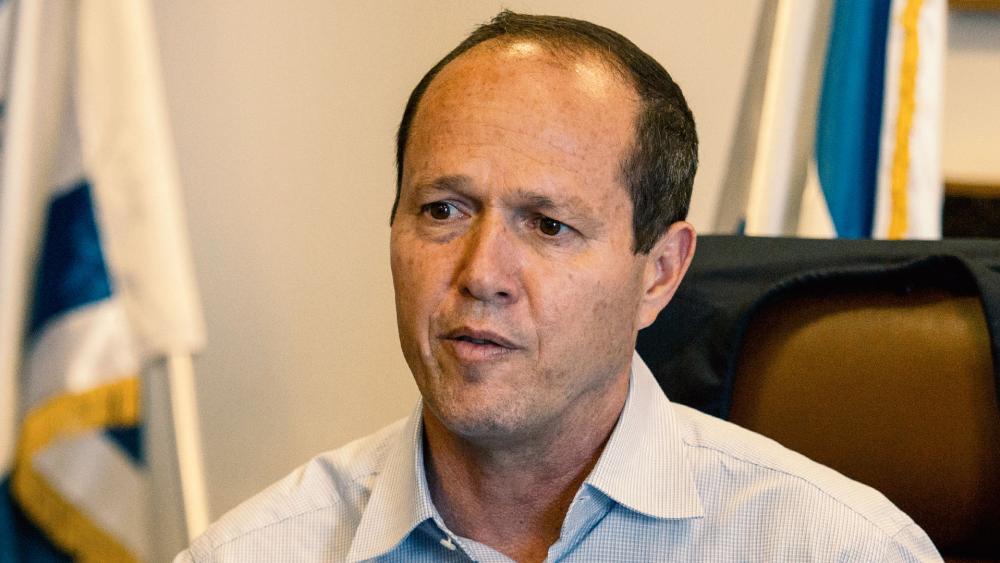 They called for the establishment of a Palestinian state "from the river to the sea" and for an intifada (armed uprising) against the "Israeli occupation."

Draped in keffiyehs (Arab head scarves) and waving Palestinian flags, the demonstrators, organized by a group calling itself Students for Justice in Palestine, drowned out Barkat, who then sat down to dialogue with students interested in what he had to say. Campus police, meanwhile, stood on the sidelines observing the ruckus.

SJP is reportedly linked to Hamas, the Palestinian faction controlling the Gaza Strip. Hamas, an off shoot of the Muslim Brotherhood, is listed by the U.S., U.K. and Egypt as a terror organization.

In response to the clamor, Barkat told students whoever believes that violence and incitement will silence or deflect Israel from its positions is "seriously mistaken."

"We will continue to build, develop and strengthen the State of Israel and within it a united Jerusalem and we will continue to voice our opinions and our legitimacy when we are invited to do so, even in places where they try to stop us," he said.

Barkat had planned to talk about how his hi-tech business background helped him in his work as Jerusalem's mayor. He said he'd contacted the university's president and the mayor of San Francisco about the demonstration.

"I have protested about the shameful conduct to the president of the university and the mayor of San Francisco and have told them that they must not allow dangerous incitement like this in a democratic country in general and on campuses in particular," he told them.

Barkat, on a lecture tour of American universities, is scheduled to speak at Columbia University on Thursday.

In January, SJP disrupted a visit by Jewish Agency chairman Natan Sharansky and actor Michael Douglas at Brown University, who had planned to talk about "Jewish Journeys."

The New York Sun reports that following the shout down, Sharansky said, "The moment you move to a logical debate, they (the anti-Israel protesters) have nothing to say….They are only shouting."

"Behind it there is a desire to destroy Israel," he continued. "It is not about human rights. The question is how to destroy Israel. My fear is they are discouraging so many young Jews from being connected to their people and to the State of Israel."