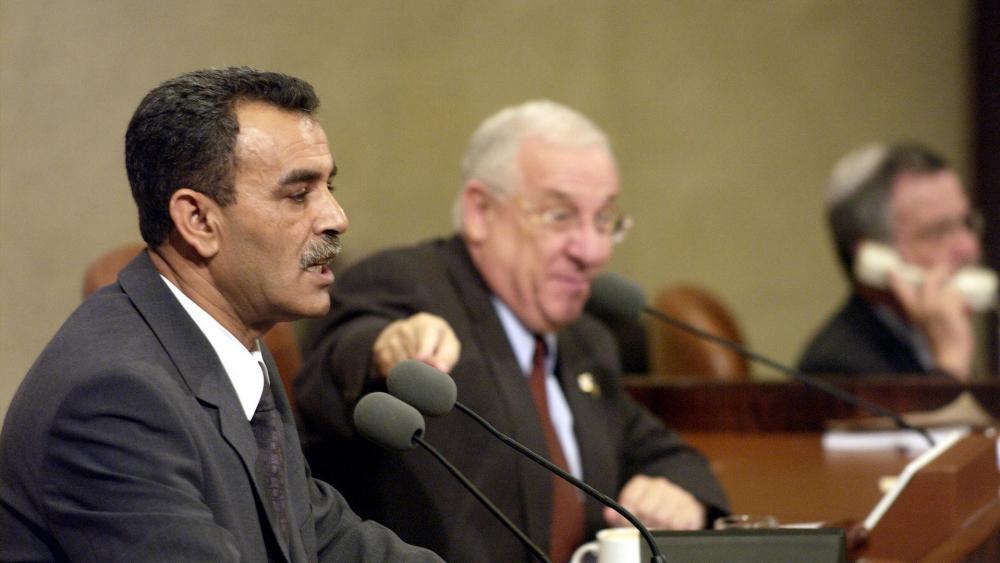 JERUSALEM, Israel – Just a week before the Passover holiday begins, an Israeli Arab Knesset member is trying to stir up trouble on the Temple Mount in Jerusalem's Old City.

"We sacrificed 4,000 martyrs for the Aksa Mosque in the second intifada [armed Palestinian uprising that began in September 2000 and lasted through 2004] and the continued ascent of Jews to the Temple Mount caused the outbreak of the current intifada," said Balad Party MK Jamal Zahalka, according to Jerusalem Post political correspondent Lahav Harkov.

He said the "Palestinian nation” is the protector and guardian "of the mosque."

There was no mention of the suicide bombings and other terror attacks against Israelis, many carried out by Fatah's Tanzim militia, led by convicted terror mastermind Marwin Barghouti, now serving multiple life sentences. Barghouti is often presented as the best candidate to succeed aging P.A. chairman Mahmoud Abbas.

The Temple Mount has been the scene of many clashes, not the least toward the end of last year. "Al-Aksa is in Danger!" has been a rallying battle cry for Muslims to unite against Jews for decades. The Temple Mount is the place where the First and Second Jewish Temples stood during biblical times. Yeshua (Jesus) visited the Second Temple during his time on the earth.

Zahalka's parliamentary privileges were recently reinstated after a two-month suspension by the Knesset Ethics Committee for visiting families of terrorists slain while attempting to murder Israelis. Along with Zahalka, Balad colleagues Basel Ghattas and Haneen Zoabi were also suspended from all parliamentary activities except voting.

Almost immediately, Zahalka arranged an interview with Dunya al-Watan, a Palestinian Arab website, where he seemed intent on fanning the fires of discontent, demanding that Jews, Israeli or otherwise, be prohibited from visiting the Temple Mount.

In a further distortion, Zahalka restated a theory long proven false – that then Prime Minister Ariel Sharon’s visit to the Temple Mount in 2000 provoked the four-year uprising. Months later, Israel uncovered documentation proving the PLO had been planning the bloody insurrection long before Sharon’s visit.

Referring to what was perceived as "lone wolf" stabbings, car ramming, etc., during the seven-month upsurge in violence that began last September, Zahalka called on Palestinian "organizations" to "join the national struggle and operate on behalf of the entire homeland."

In response, Likud MK Nava Boker suggested Israel is dealing with an individual "who wants to see Jewish blood spilling like water ahead of Passover."

Other parliamentarians on both sides of the political spectrum urged Zahalka to promote calm instead of violence.

Meanwhile, as the country prepares to celebrate Passover, the government reiterated there are no restrictions on visitors to the Temple Mount, outside of government ministers and Knesset members, both Jewish and Arab.