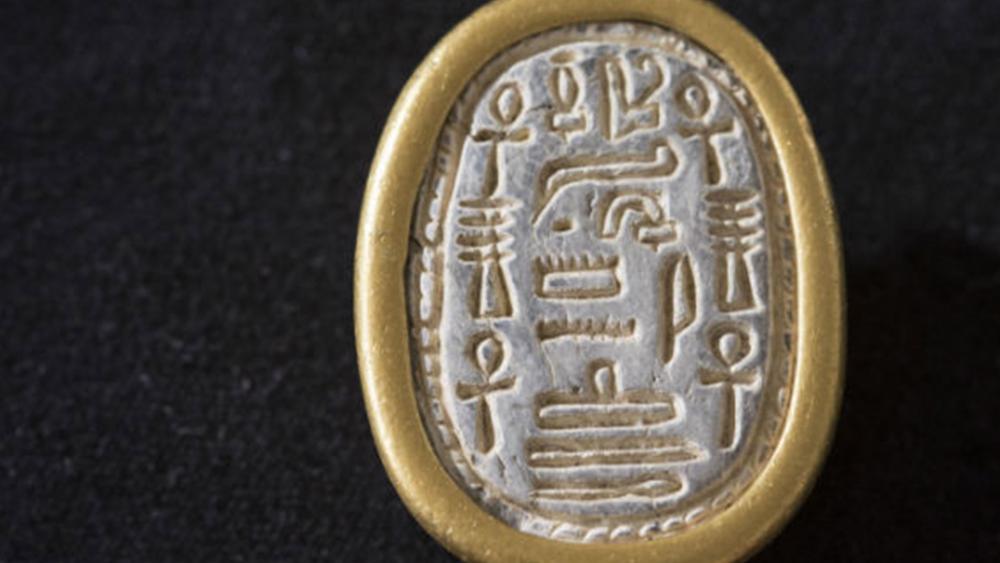 JERUSALEM, Israel -- A birdwatcher in northern Israel came across a beautifully preserved Egyptian scarab near the northern port city of Haifa.

Haifa University professor Ayelet Gilboa, co-director of the coastal Tel Dor excavation, said the scarab belonged to an Egyptian official who likely enjoyed a similar position to the biblical Joseph.

The 3,500-year-old artifact, she said, belonged to a senior official of the dynasty that ruled Egypt during the 18th and 17th centuries B.C.

Gilboa said winter rains eroded the soil on the southern slope of the site, allowing birdwatcher Alexander Ternopolsky to spot the scarab.

"The scarab must have belonged to a very senior figure in the kingdom, probably the viceroy responsible for the royal treasury," Gilboa said, adding that he may have held "a similar position to that held by Joseph in Egypt after he interpreted Pharaoh's dreams."

That makes the timing of the find during the Passover holiday especially meaningful.

Excavations at the site will resume in July, which is open to volunteers who would like to take part in a dig in Israel.

Last week, a 12-year-old Israeli taking part in the Temple Mount Sifting Project with her family, came across a rare Egyptian amulet .