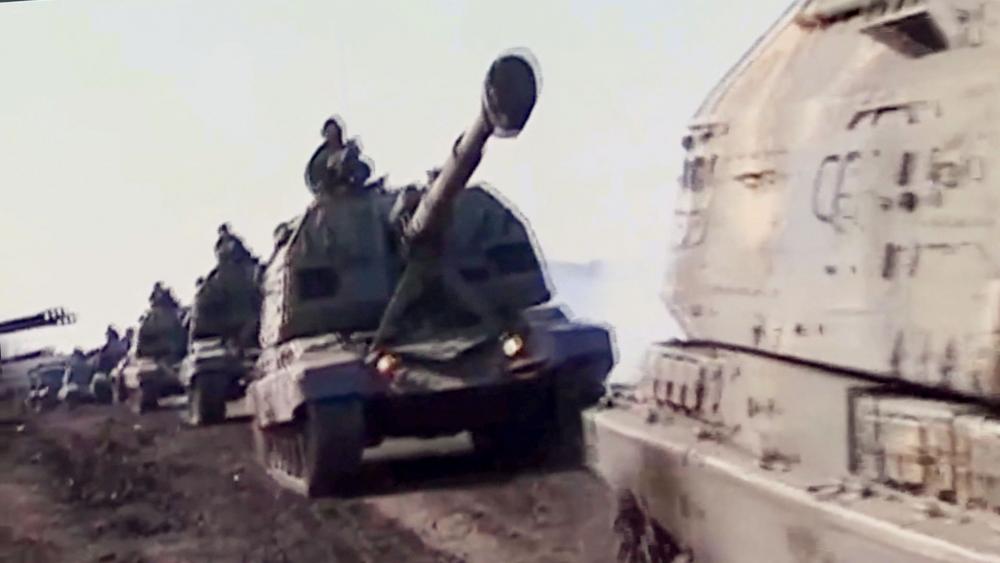 GOLAN HEIGHTS, Israel – The civil war in Syria is now five years and counting. It's resulted in the deaths of tens of thousands, a mega refugee crisis and sent shockwaves throughout the Middle East. That includes Israel's strategic Golan Heights, where the war brings challenges and danger to Israel's northern border.

For the first time in 49 years, the Israeli government held a special cabinet meeting on the Golan Heights. Israeli Prime Minister Benjamin Netanyahu delivered a strong message to the world.

Syria’s Foreign Minister responded by saying Syria is prepared to use military means to recapture the Golan Heights. But citing Israel’s ancient connection to the Golan, Netanyahu said it’s time for the international community to recognize after 50 years that the Golan Heights will remain in Israel’s hands permanently.

Netanyahu’s declaration comes against the backdrop of peace talks in Geneva regarding Syria’s civil war, a war that has threatened to spill over into Israel. The borders of Syria and Israel meet on the heights of Mount Hermon.

For nearly 40 years, it has been one of Israel's quietest borders. But since the beginning of the Syrian civil war more than five years ago, it's become one of the most unpredictable.

Major Nati Aharon is a company commander on Mount Hermon. While CBN News cannot show the Israeli bases for security reasons, but the mountain is called "the eyes of the country," since from its commanding vantage point, you can see all the way to the Syrian capital of Damascus.

"Our eyes see all that’s happening on the eastern side," security expert Col. (ret.) Kobe Marom told CBN News. "We’re checking everything that’s happening there. And sadly, we see all the fighting. We need to be high enough. So it’s possible to see in the distance during the day and the night."

That fighting has changed Israel's border.

"From the Israeli point of view, a year and a half ago, we had a dramatic change along the border when al Qaeda groups took over and actually controlled the Kuneitra gate (the sole border crossing between Israel and Syria) and control 50 miles of the Syrian border," Marom said.

And as a retired IDF colonel and security expert, Marom points out that in addition to al Qaeda, Israel must focus attention on Iran and Hezbollah.

"The second thing from the Israeli point of view, you know, Iran is about a thousand miles away from here, but the chaos in Syria gave the Iranian regime a great opportunity to try and create on the northern part of the Golan Heights a real threat to Israel on the ground," he explained.

Recent satellite images released by Stratfor intelligence demonstrate how Iran's proxy, Hezbollah, has built a fortified base inside Syria. Some expect it could be used as a missile base to strike Israel. In nearby Lebanon, Hezbollah already has more than 100,000 missiles aimed at Israel.

"It's part of the strategy that there is a chaos in Syria right now," Marom continued. "And if they decided to retaliate to any Israeli attack, they can do it from Syria, which is not a country anymore. That's why they keep the Lebanese border very quiet and if they are decide to retaliate, they are doing it from the Syrian territory. That's why they build those new bases right now."

And Russia has also seen an opportunity in the Syrian civil war.

"Since the withdrawal of American forces from Iraq in 2012, we see a clear decline of American strategy over the Middle East and the Russians use it very well," Marom said. "They are all over. I don't see American troops on the ground in the near future and the Russians know it and they not only keep their interest, but they become the key player," he said. "And they actually, unfortunately, use the American weakness all over the Middle East."

In the meantime, Aharon and his company will keep a close watch on Israel's northern border.

"First of all, we’re very proud. It’s a big privilege to be a commander and serve the people of this country. Everybody does their part. It’s a long commitment, but it’s worth it,” he said.