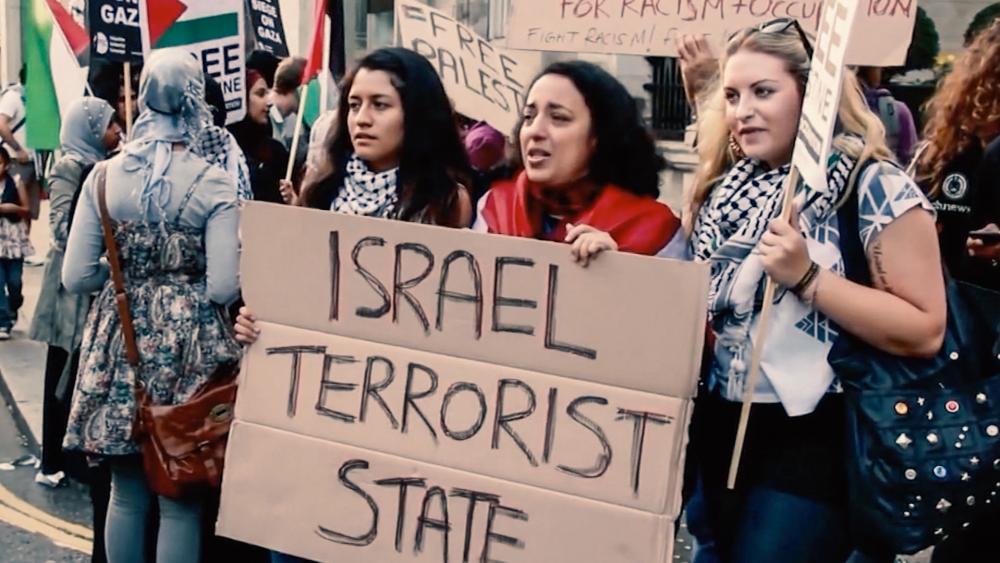 LOS ANGELES – Israel's enemies number in the millions worldwide, but not all of them carry guns or wear suicide vests. Israel also faces an economic and cultural war, and the battlefield is on college and university campuses, courts and even churches.

The BDS movement, which stands for Boycott, Divestment and Sanctions, seeks to achieve by economic and cultural attack what Israel's adversaries have failed to achieve in military battle: a defeat of the Jewish state.

Last week, Jerusalem Mayor Nir Barkat tried to speak to a group of students at San Francisco State University. But protesters at the gathering began to shout "Free Palestine" and other slogans until the mayor could not be heard. It's the latest of many incidents on university grounds in the U.S. and elsewhere in which the free speech rights of Israelis and others have been trampled by demonstrators.

To counter the growing reach of the BDS movement, a group of Israel's defenders came this week to a StandWithUs conference in downtown Los Angeles. The participants hope to fight the deluge of anti-Israel hostility at academic institutions, on social media and in the global economy.

Shir, an Israeli student from Tel Aviv University, told CBN News of her experience of being shouted down when she went to speak at a university in Tampa, Florida. Anti-Israel demonstrators called her a war criminal.

"They waited outside the class, and we had to have a police escort to our cars because they kept following us and calling us names," she recalled. "They yelled, 'How can you sleep at night' and 'You are a murderer!'"

Alon, a former Israeli soldier who has lived and studied in Latin America, described how he has been bombarded from friends abroad asking pointed questions about Israel on social media. Their questions usually reflect no understanding of the true situation in the Middle East.

Alon also was severely harassed on a U.S. campus. He said protesters were "standing up, screaming, not even having an open discussion; just throwing up comments in the air without any open dialogue."

"You can see I'm standing here," Alon exclaimed at the Los Angeles conference. "I'm a civilized human being. I'm not a war machine."

San Diego attorney Micha Danzig does pro-bono work for people threatened by the BDS movement and he is an advisor to StandWithUs. He's angered that the freest society in the Middle East, Israel, is singled out for harsh sanctions with the help of serial human rights abusers in the rest of the world, including China, North Korea, Cuba and a number of Arab regimes in Israel's neighborhood.

"It's freedom of speech for me, but not for thee, and that is what is the mantra of the BDS supporters on campuses," Danzig said. He acknowledged that, like the U.S., Israel is not perfect, but maintained that it is just and good.

"When you're saying that the one Jewish state is so deserving of this (economic and cultural attack), then you uniquely attribute all this evil to one Jewish state," Danzig explained.

Several mainline Protestant churches are involved in the BDS economic war on Israel. The push began in the United Nations, targeting Israel for divestment in the same way churches targeted apartheid South Africa in the 1980s.

StandWithUs CEO Roz Rothstein told CBN News many church leaders have bought into a campaign of disinformation and a pro-Palestinian narrative that distorts the true picture in the Middle East, often without the knowledge of their parishioners.

"Often times, it's not the people in the pews that are angry at Israel. It's the people in leadership positions that are moving in this direction and on false information and half-truths," Rothstein said. She also expressed gratitude for the millions of Christians who do support Israel.

"I'm a daughter of Holocaust survivors and I'm personally grateful to the community for standing shoulder to shoulder with Israel and the Jewish people on these very difficult issues during these BDS campaigns," she said.

In the meantime, more than a dozen state legislatures are considering or have passed laws and resolutions that would restrict various types of business and other participation in the BDS movement, and more action is expected as lawmakers come to terms with the impact of the movement on one of America's closest allies.