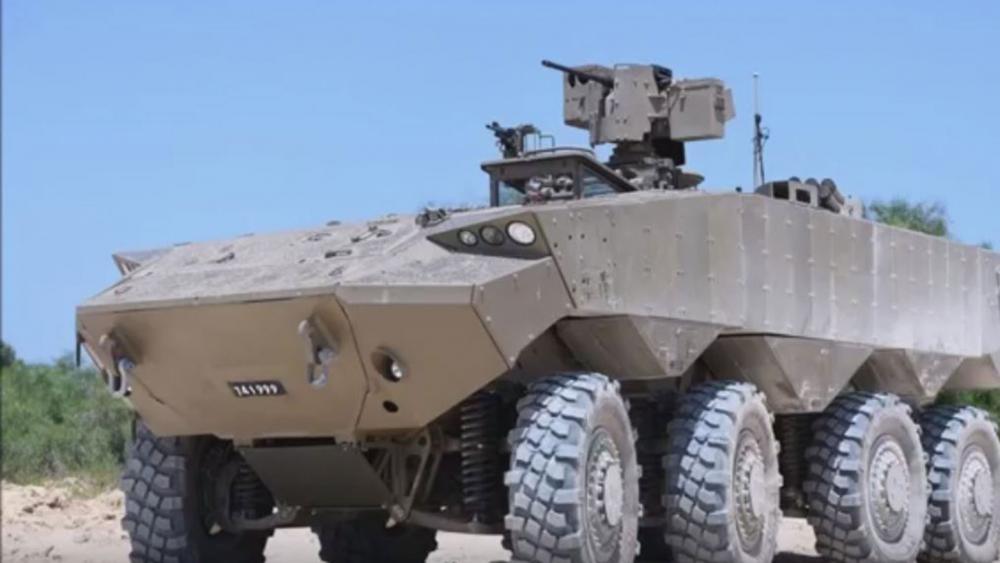 The state-of-the-art APC, named Eitan ("strong" and "enduring"), is being put through its paces this week. Billed as one of the world's most advanced combat vehicles, it's able to navigate a variety of difficult terrains.

The Eitan is less vulnerable than the older treaded models, which could be immobilized by damaged tread, leaving its crew vulnerable. The new APC provides ground forces with maximum protection and fast, strategic mobility.

"The decision to develop the Eitan was made in light of lessons learned during Operation Protective Edge and the increased need to replace thousands of the IDF's veteran M113 APCs with modern tools with maximum protection, tailored to the existing threats in the arena," Brig. Gen. Baruch Matzliah, head of the Defense Ministry's Merkava Tank Administration, explained.

With its 750 Horsepower engine, eight wheels, and 8X8 drive, the Eitan can travel at more than 90 kilometers (about 55 mph) per hour and carry up to 12 soldiers. It can fire from small arms positions to medium range with 30-40 mm cannons and active defense systems.