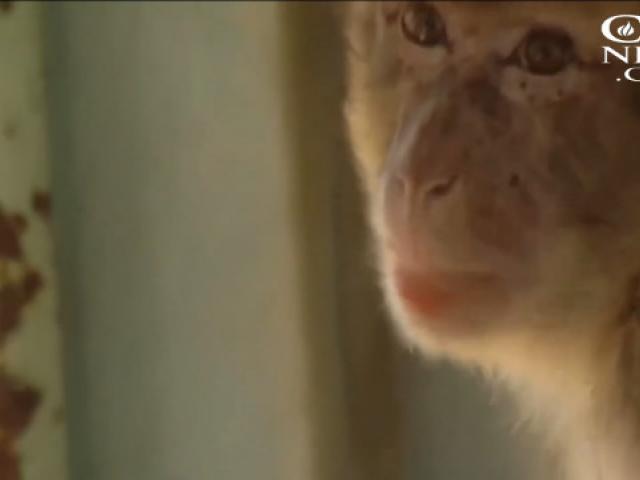 In what is being called "a complex operation," a group of animals including a tiger were transferred from the Gaza Strip to Israel – on their way to new homes.

In a coordinated effort between several Israeli government agencies and Palestinian officials, special cages, veterinary equipment and medicines were brought into the Gaza Strip to facilitate care of the animals before the actual transfer, a statement released from the Israeli Agriculture and Rural Development Ministry said.

"Given the less than satisfactory conditions and in the absence of the ability to continue caring for the animals at the Khan Yunis zoo, the Agriculture and Rural Development Ministry assisted and coordinated the transfer of the animals to zoos in Israel and around the world," said Uri Madar from the Agriculture Ministry Gaza Coordination and Liaison Office.

The animals included the tiger, five monkeys, two ostriches, two gazelles, two tortoises, a swan and a porcupine. They're the last animals left in the Khan Yunis zoo in southern Gaza. Operation of the zoo had become difficult in recent years.
The animals will be transferred to zoos in South Africa, Jordan and Israel.

An organization called "Four Paws" initiated the move and said what it called the "worst zoo in the world" had finally been closed.

"Over the last two years, the ministry transferred lions, a horse and other animals," Madar said. "Our veterinary services have been continually active and are devoted to the welfare and health of the animals. We are delighted and moved every time we are able to be of assistance in saving the lives of animals."

The operation was unusual because it involved permission from the terror group Hamas, which has controlled the Gaza Strip since 2007 and has fired thousands of rockets into Israeli cities, farms and villages.