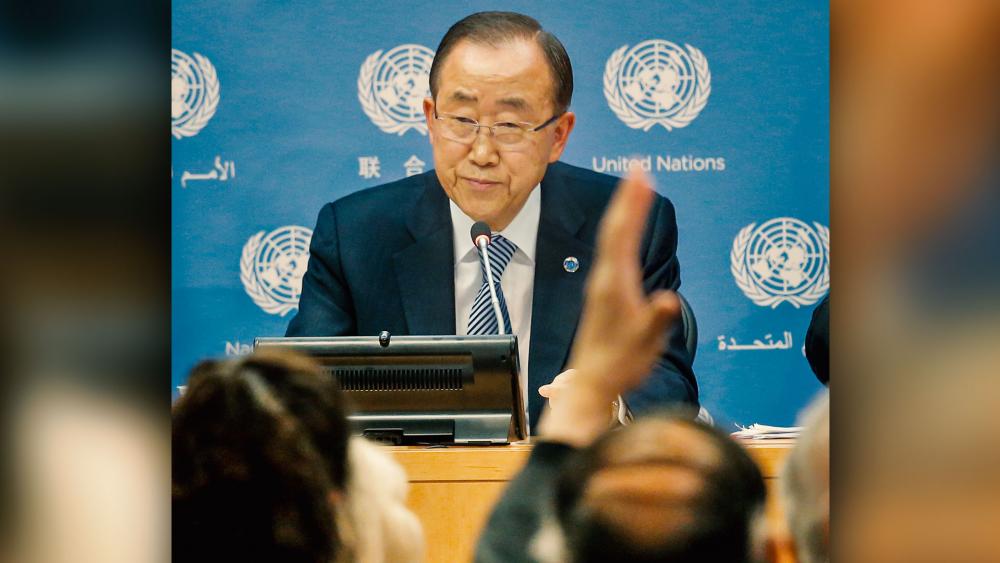 As he nears the end of his term, United Nations Secretary-General Ban Ki-moon admitted Friday the organization has a "disproportionate" amount of resolutions against Israel.

He says the anti-Israel sentiment has "foiled the ability of the U.N. to fulfill its role effectively."

"Over the last decade I have argued that we cannot have a bias against Israel at the U.N.," Ban told the U.N. Security Council.

"Decades of political maneuvering have created a disproportionate number of resolutions, reports and committees against Israel," he added.

"In many cases, instead of helping the Palestinian issue, this reality has foiled the ability of the U.N. to fulfill its role effectively," he emphasized.

Israeli Ambassador to the U.N. Danny Danon said that Ban "had admitted the clear truth."

He also added that the U.N.'s hypocrisy toward Israel had "broken records over the past decade."

He also added that Israel looks forward to a new secretary-general.

"With a new secretary-general set to take office next month, we look forward to the possibility of a new era of fairness at the U.N," Danon said.

"Israel needs to understand the reality that a democratic state which is run by the rule of the law, which continues to militarily occupy the Palestinian people, will still generate criticism and calls to hold her accountable," said Ban.

This comes after the U.N. recently passed a series of resolutions during its annual "International Day of Solidarity with the Palestinian People," even as Palestinians stepped up violent attacks against Israeli civilians and security officers.

Thirty-three Israelis and two foreign visitors have been killed in Palestinian stabbings, shootings and car rammings since October of last year.

More than 230 Palestinians have been killed by Israeli security forces in the period. Israel says that 156 Palestinians were carrying out or attempting attacks, while others were killed during protests.

Ban is expected to be replaced in January by former prime minister of Portugal, Antonio Guterres.