The ministers proposed a bill that would let courts weigh in on social media posts that could potentially pose a threat to public safety.

In related news, Israeli law firm Shurat HaDin filed a $1 billion lawsuit against Facebook on behalf of several U.S. and Israeli citizens for promoting terror attacks in which their family members were killed.

The lawsuit, filed in U.S. District Court for the Southern District of New York, alleges the social media giant "knowingly provided material support and resources to Hamas [aiding] this terrorist group's ability to communicate, recruit members, plan and carry out attacks and strike fear in its enemies," the Israeli daily Israel Hayom reported.

Hamas, the Palestinian terror group that's controlled the Gaza Strip for nearly a decade, claimed responsibility for one attack cited in the lawsuit.

Nitsana Darshan-Leitner, director of the Shurat HaDin, said Facebook must take responsibility for the content it posts.

"Facebook must be held accountable for its role in promoting the terrorist activities of Hamas," she said. "(Gaza-based Hamas chief) Ismail Haniyeh is not allowed to open a U.S. bank account, shop on Amazon or use a U.S. mobile device. But somehow Facebook thinks it can provide social media services to Haniyeh and his terrorist friends."

"For too long, social media companies have been allowed to believe anti-terrorism laws don't apply to them – that they have unlimited immunity and can do whatever they want," she said. "We intend to put an end to this. Social media networks have become a vital component of international terrorism, like buns, bombs and money."

Click here for a previous CBN News report on Shurat HaDin featuring an interview with Darshan-Leitner. 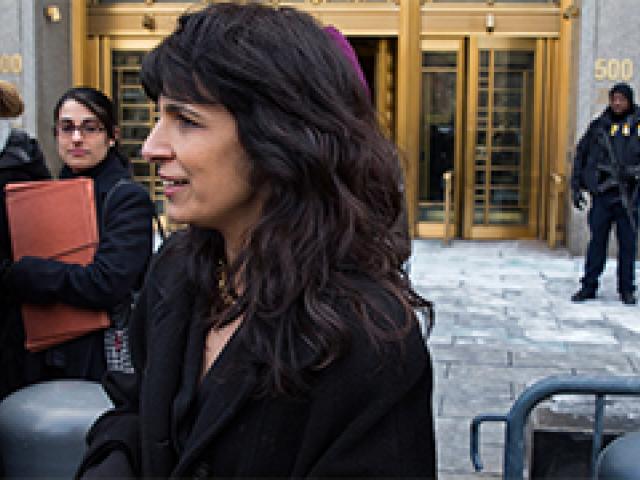