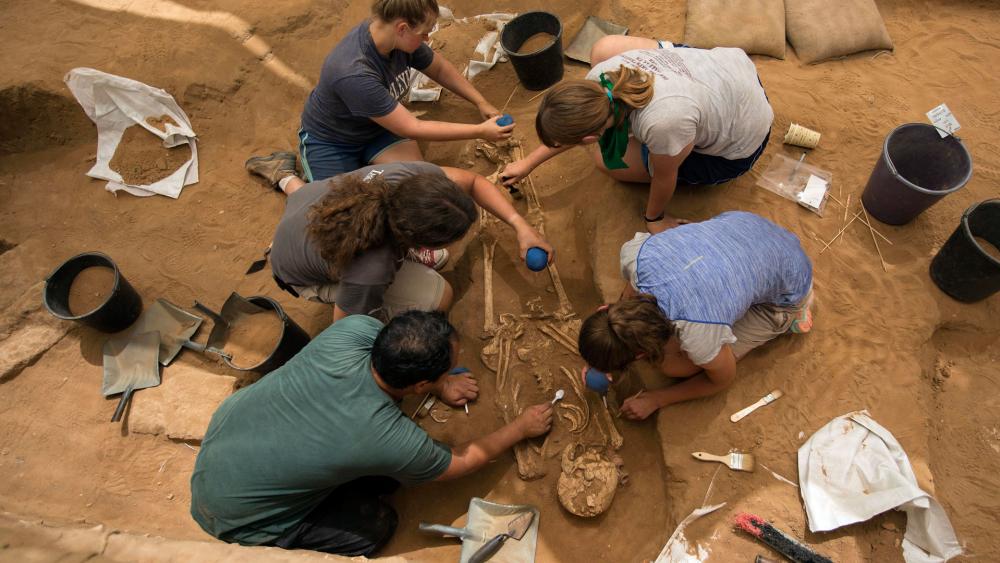 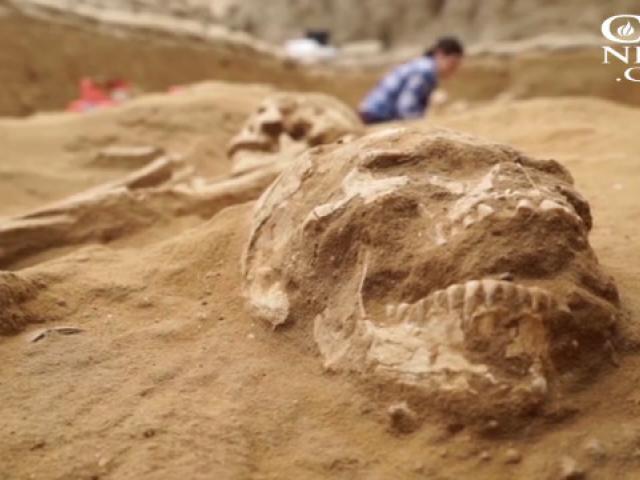 ASHKELON, Israel – For the first time ever, archaeologists in Israel say they have uncovered a Philistine cemetery that could shed light on the origins of that ancient people named as an enemy of the Israelites in the Bible.

Archaeologists found the cemetery while digging in Ashkelon – one of five ancient Philistine cities.

"Now we have a major cemetery right next to one of these five cities of the Philistines," said Daniel Master, professor of Archaeology at Wheaton College.  Master is co-director of the site and has been excavating there for 25 years.

"So we're sure we've nailed it. We're sure we have a cemetery of the Philistines," Master told CBN News.

A Great Way to End

After 30 years of digging in Ashkelon, archaeologists say finding the cemetery was an astounding way to end the Leon Levy Expedition.

New finds from the cemetery and artifacts from the 30-year excavation are on display in the Israel Museum in an exhibit called, "Ashkelon: A Retrospective, 30 Years of the Leon Levy Expedition at the Rockefeller Archaeological Museum in Jerusalem."

The excavation represents about 5,000 years of various civilizations at the Israeli coastal city of Ashkelon.

"The name Ashkelon actually comes from the root "shekel" so S-K-L, which means to weigh. The shekel, the New Israeli Shekel, is also from there so the name Ashkelon automatically connects us to commerce and basically to trade," said Nurith Goshen, co-curator of the exhibition.

Goshen says most of the burials were in skeleton form.

"What we're trying to display is different types of burials we have in the cemetery," Goshen told journalists. "We have a cremation set."

"Some of the deceased were adorned with jewelry," Goshen added. "There was one burial that we can identify as a warrior burial."

For years, archaeologists and scholars searched for clues as to the origin of the Philistines.

"One of the things about Ashkelon is that we're one of the few sites that can tell the story of the Philistines from beginning to end," Master said.

"So we've studied the Philistines from the 12th century (B.C.) as they arrived we think from the world of the Aegean," he said. "We've been able to see their development over time, from the 10th, the 9th, the 8th century (B.C.) and then at the end in the 7th century we see a brief renaissance and then we see the final fiery destruction."

Master said the cemetery houses thousands of remains of which more than 200 have been recovered.

Now, tests on bone samples from the cemetery that dates from the 11th to the 8th century B.C. could confirm what many long believed:  that the Philistines were mariners, or the "sea people" of the Bible and traders who migrated to ancient Israel from the west.

"This is going to allow us to see the Philistines face-to-face and to tell their stories not through the texts of their enemies – as the stories been so often told – but now we'll be able to tell the story from the standpoint of the Philistines themselves," Master said.

Lawrence Stager is the Dorot professor emeritus of the Archaeology of Israel, at Harvard University and the original director and now co-director of the Leon Levy Expedition to Ashkelon. He has been overseeing the work at the site, which takes place mostly during the summer, since 1985.

He noted most biblical references to the Philistines pit them as bitter enemies of the Israelites.

"Most of the portrayal you get in the Bible is the negative one because they want to compare an Israelite against a Philistine. They are the uncircumcised, you know, we are the circumcised. We don't eat pig. They did," Stager told CBN News.

In the Hebrew Bible the Israelites often referred to the Philistines as "uncircumcised" and that came to mean today "uncultured."  But that wasn't the case.

"Philistine has the idea of uncultured or unsophisticated, but what we find was that the Philistines were plenty cultured and plenty sophisticated and they were quite a cosmopolitan people, international people," said Master.

That means "we have to re-evaluate the question and say, what was it about the Philistines that the writers of the biblical text didn't like," he added.

Other scholars say "uncircumcised" likely referred to the fact they were idol worshipers and had no connection to the God of Israel.

The Philistines lived in Ashkelon for about 600 years.

"That's a long time when you think about it in terms of even the United States and how long we've been there. And then finally they were destroyed in 604 B.C.," Stager said.

According to historical texts, King Nebuchadnezzar completely destroyed the Philistine city of Ashkelon in 604 B.C. That was about 20 years before Nebuchadnezzar carried away the Judeans to exile in Babylon as described in the Book of Jeremiah.