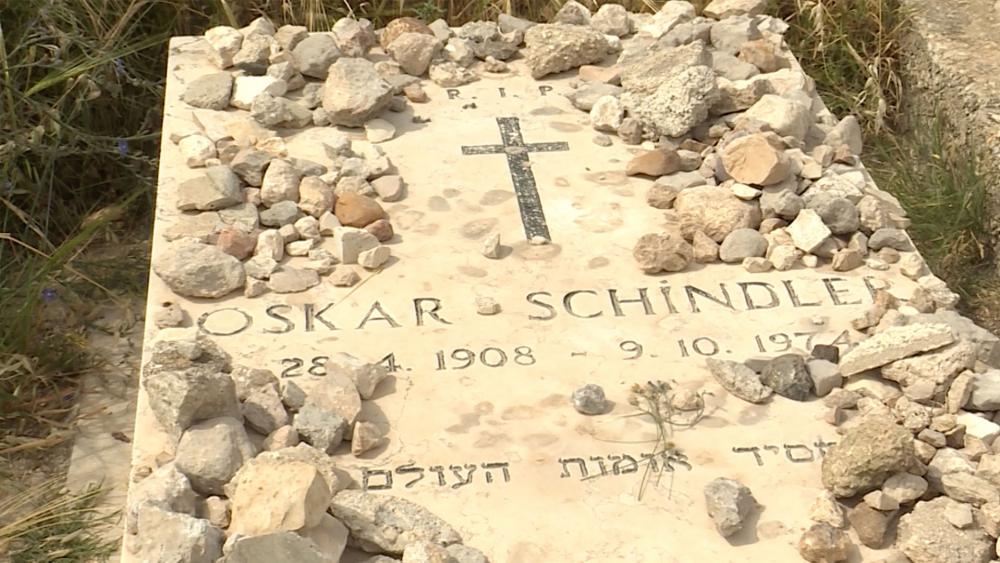 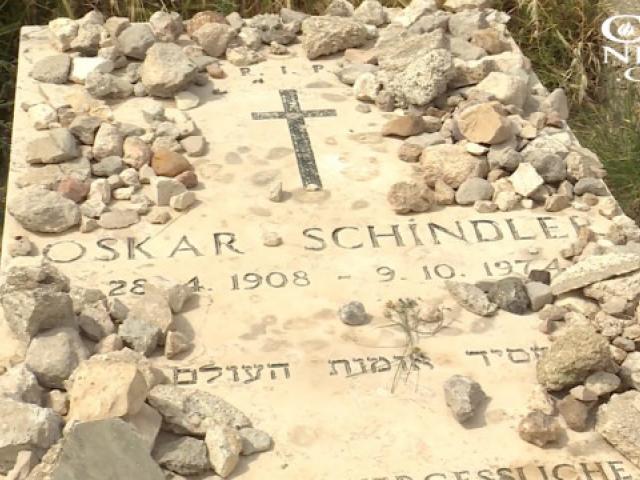 JERUSALEM, Israel – "Schindler's List" stands as one of the most moving films of all time. It tells the story of Oskar Schindler and the nearly 1,200 Jews he rescued from the Nazis, in part by employing them in his factory.

At the end of the film, released in December 1993, survivors place stones of remembrance on Schindler's grave in Jerusalem.

Christian leaders recently met one of Schindler's survivors, Ewa Ratz, during a seminar at the World Holocaust Remembrance Center in Jerusalem. Ratz addressed seminar participants at his gravesite.

"Every time I come here I am very moved, really because he's my survivor," Ratz told CBN News. "They asked me in Poland, 'How did you survive the Holocaust?' I say, first of all, the Almighty God; second, my mother; and third, of course, Oscar Schindler."

"I loved Oscar Schindler, 'Herr Director.' All of us loved him – an angel of mercy, really. We knew exactly what he was doing and how difficult it was to do it," she said.

Ratz later spoke with the group about surviving the Holocaust and life in the camp before she met Schindler.

"The Germans were terrible – [they gave us] 25 lashes on the behind almost every day," she recalled. "They hang people in the upper plats every two days, with no reason. I think that Hitler and the Nazis really convinced them…that they [the Jews] are not human."

Yad VaShem is dedicated to preserving the memory of the Holocaust for future generations. It's also committed to educating this present generation about the dangers of anti-Semitism and the consequences of remaining silent in the face of evil.

"We think about the Holocaust, the Church was silent. We don't have to be silent today," Susanna Kokkonen, director of Christian Friends of Yad VaShem, told CBN News.

"This seminar is for Christian leaders to learn more about anti-Semitism, the Holocaust and Israel today," she explained. "And when we think about anti-Semitism, we used to think about it in the past. But now in the past few years we have seen how much it's rising all over the world.  So we understand suddenly that this topic is urgent and it's really important for church leaders to understand what's happening."

The 10-day seminar has had a deep impact on the visiting Christian leaders.

"I would say this seminar has been a life-changing experience," Pastor Ed told CBN News. "It has been a stretch spiritually, intellectually, emotionally. It has really impacted my view of the history of the Jewish people. To be here in the Land, to meet people, to meet survivors, it's been quite a moving experience."

Yet Kokkonen believes much of the Church is still silent.

"I see the silence of the Church. We are silent about anti-Semitism. Most of us don't feel that it touches us," Kokkonen continued. "We might say that it's awful, it's terrible, it's wrong. But we don't need to take any concrete steps and that same kind of conspiracy of silence also exists with regard to the persecution of the Christians."

"Today we're in the same boat, Christians and Jews. More Christians are being murdered every day than Jews throughout the Middle East and in other places," Kaye told CBN News. "We need each other. There is a clash of civilizations."

"And we both have to work together because this is something that affects us all," he continued. "And we have to know what the dangers are in fundamentalist radical, extremist Islam. Evil cannot be overlooked. You cannot put your head in the sand today, especially after the Holocaust."

Kaye sees the value of these seminars.

"When we come in contact with these evangelical pastors, it gives up hope, Israelis, as Jews, living here in the Middle East," he said. "We're in a tough neighborhood; it's not easy.  But they give us a lot of support, a lot of optimism. We embrace them. They embrace us. Couldn't be better!"

"I wanted everyone to know Schindler was not a Jew. He was a Christian and I'm sure many Christians maybe they will do the same. I believe in the Christians," she said.