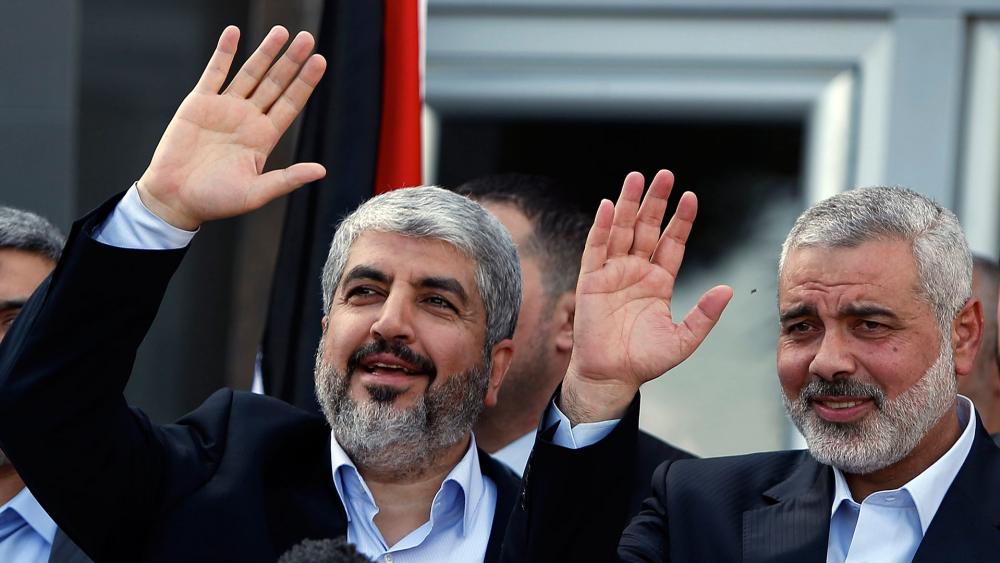 JERUSALEM, Bureau – There's some shuffling going on in the Hamas hierarchy that doesn't bode well for Israel. Hamas, the Gaza-based Palestinian group sworn to Israel's destruction, is uniting with terror groups to promote their common goal.

Beyond that, the changes in leadership are drawing Hamas closer to Iran, the country that has vowed to wipe Israel off the map.

Hamas leader Khaled Meshaal, who announced last June he would be stepping down by the end of the year, will be replaced by Gaza-based Hamas chief Ismail Haniyeh, who will relocate to Qatar.

Meshaal has a long history with Hamas. In the early 1990s, he moved to Jordan from Kuwait. Before setting up Hamas headquarters in Damascus, he lived for a time in Qatar. When the Syrian civil war made life in its capital too dangerous, Meshaal moved back to Qatar in early 2012, where he reportedly enjoyed all its luxurious amenities.

Haniyeh served as Palestinian Authority prime minister during a short-lived unity government that sprung from the Saudi-initiated Mecca Accords.

P.A. President Mahmoud Abbas dissolved the unity government three months after it was formed, following a bloody military coup in June 2007 that left Hamas in control of the Gaza Strip, with Haniyeh as its leader. Abbas replaced Haniyeh with U.S.-backed Salam Fayyad, who resigned in April 2013 after weeks of tension with Abbas.

From Bad to Worse

Haniyeh's replacement, Gaza-born Imad al-Alami – one of the terror group's founders – was one of six Hamas officials designated a terrorist by the U.S. government in 2003, Foreign Policy reported. He has had very close ties to Iran for many years.

According to the report, Alami has served as Hamas' point man with Iran and its terror proxies, enjoying a close relationship with Hezbollah chief Sheikh Hassan Nasrallah for more than two decades.

Alami, who lived in Damascus from 2008 to 2011, was one of the last Hamas leaders to leave there, eventually winding up in Turkey.

Over the years, Hamas, the Palestinian arm of the Muslim Brotherhood, has had an on-again, off-again relationship with Iran, but despite some disagreement over the Syrian war, many believe Iran never completely severed ties with the Gaza-based Islamist group.

Today, Hamas is putting aside its differences with other terror groups to join forces in the common goal to eliminate the Jewish state. Iran, which has been calling for Israel's destruction for years, fits right in with that agenda.