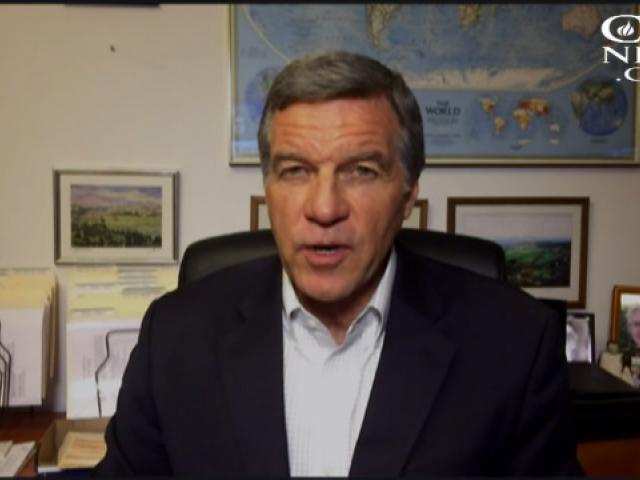 Israel Looks Towards a Future with a Trump Presidency

JERUSALEM, Israel – The nation of Israel has been closely watching the presidential election, knowing whoever America chose could dramatically change the future of the Jewish state.

With Republican Donald Trump as the new president elect, many are unsure what the next four years hold for the Middle East, especially Israel.

Watch the Full Interview Above

"The reaction like many people in the United States is one of shock," Chris Mitchell said. "I think we were really taken aback by this Trump victory."

Many Israelis felt much more than shock, but disappointment as many were hoping for Hillary Clinton to take the White House.

However, Mitchell says Israelis are confident they have a strong leader.

"They see Donald Trump as a strong leader and I think they see that as something that is going to benefit and help Israel," he said.

Trump has continually said he will be a strong supporter of Israel and commended the leadership of Benjamin Netanyahu.

His foreign policy decisions while president could mean a big difference in the struggle over a two state solution and nuclear Iran.

"I think they see a strong connection between the Jewish state and a Donald Trump administration," Mitchell said.