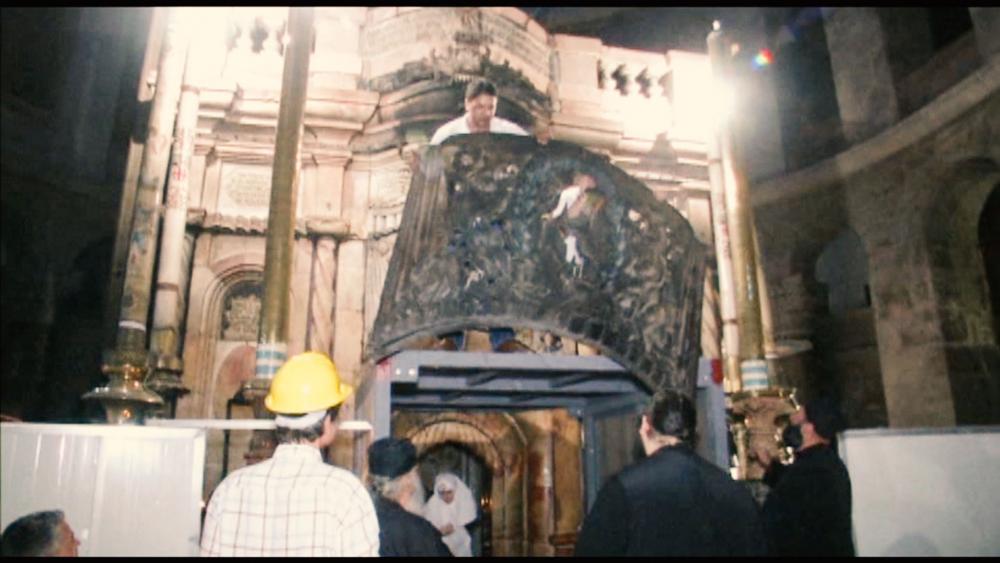 A stone slab believed to have once held the body of Jesus Christ after his crucifixion is being unveiled for the first time in centuries at the Church of the Holy Sepulchre in Jerusalem.

For the first time in 200 years, experts began renovating the tomb supposed to have held the body of Christ. They also removed the marble that encased the slab since at least 1555, according to National Geographic.

"We were surprised by the amount of fill material beneath it," Fredrik Hiebert, archaeologist-in-residence at the National Geographic Society, said.

Take a live tour with CBN News Middle East Bureau Chief Chris Mitchell and see the Church of the Holy Sepulchre where scientists uncovered traditional site of the tomb of Jesus.

"It will be a long scientific analysis, but we will finally be able to see the original rock surface on which, according to tradition, the body of Christ was laid," he said.

The church is considered to be one of the most revered sites in Christianity. It also includes the location believed by many to be where the crucifixion took place.

Tensions have been high between several Christian denominations, including Greek Orthodox, Armenian Orthodox and Roman Catholic churches, delaying repairs. The Israeli government was forced temporarily to shut down the church over fear of possible collapse.

The different sects eventually agreed to a nine-month renovation to fix the crumbling chapel built over the revered site.

The renovation will be featured in a National Geographic Channel "Explorer" episode in November.

"We are at the critical moment for rehabilitating the Edicule" (which encloses the tomb), Antonia Moropoulou, with the the National Technical University of Athens, told National Geographic.

"The techniques we're using to document this unique monument will enable the world to study our findings as if they themselves were in the tomb of Christ," he said.